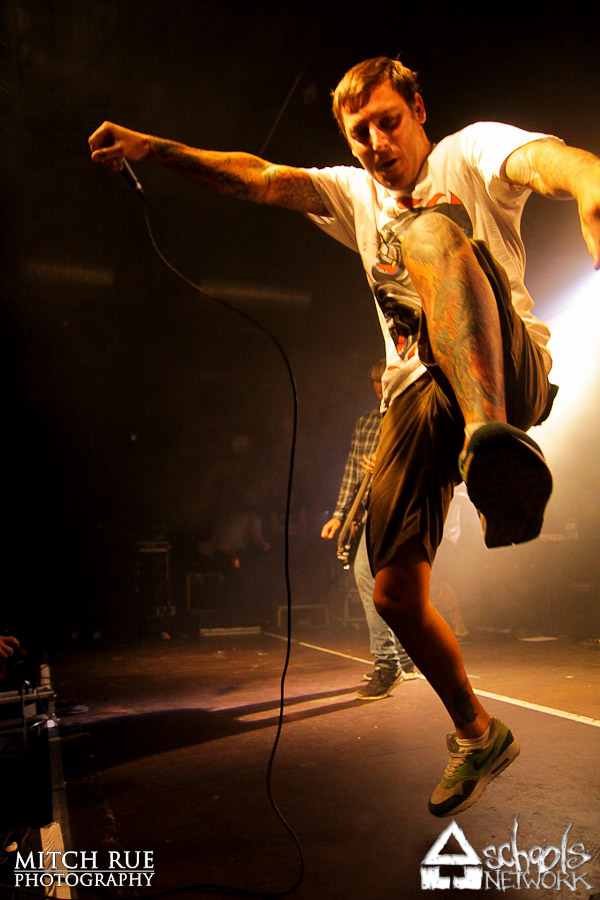 We played a show at Redding Festival--which is a massive deal for us, and it was the first time we ever played it. We had just come back to the States, and it was one of our best shows ever. During our set, our singer, Frank was like ‘ah yea this is great,’ and asked Dan Smith (a friend of ours, who had some of his tattoo equipment with him) to get his tattoo stuff. Dan got it, and brought it on stage, and we kinda forced Chad, from Newfound Glory, to tattoo a lock with seven dots on Frank. The seven dots was for 2007, and the lock was for ‘the lock up stage’ which was the stage we were playing. It was a pretty spontaneous event.

TRIGGERMAN ? A Place In The Sun

BENT OUT OF SHAPE/THE BOLDNESS ? Split