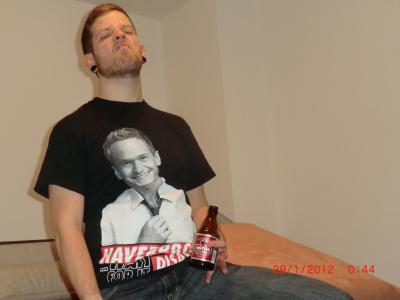 First off, great work on “Silence The World” I just knew a couple of older songs but you got me with this one!

You didn’t really changed your sound on the new album, it’s more like you combined “Another Year Of Disaster” and “Death Dealers” to an even better and intense outcome. Would you say that you found the right sound to your music pretty fast and from now on you are just improving?

We definitely found a sound on this album that we are very proud of, and yes we have pretty much combined the two previous albums with each other. Using the melodies and clean vocals from the first mixing it with the heavy parts from Death Dealers. But on this album we wanted to create something with more rhythms fast drums and avoid clichés and still have a good flow. Mixing it up with more hardcore beatdowns instead of the classic metal breakdowns.
So we feel like we are evolving with every album we make as a band.

I know you love to play live and tour the world. Tell me the places/countries that are still missing on your “to-play list” and why?
We are still missing a lot of places, we wanna go everywhere around the world. Right now it feels like we have been touring all over europe again and again and now we really want take to the chance to see new places over seas that we haven't been to yet. Cause we love to tour and travel and always see new stuff, and hopefully this record will help us reach the places that we haven't been yet. It would be really cool to see Japan , australia and Southamerica for example.

I guess you could say you guys live your dream. Touring the world and play your music in front of thousands of people. What would you guys do if there wouldn’t be a career as musicians?
I don't see that we would try and work with something else than music cause that's what we love but if we were to have different jobs I guess it would be like in a warehouse an d construction company or something. Jerry actually said in a interview that he tried to get an education as an policeman but that he were not that fit so he gave up those dreams , But in general we can't think of a life without playing music in a band, so even if we weren't touring we would still hang out i the garage in Trosa playing music just for fun.

Erlend from KVELERTAK once said in a German fanzine: “The singer should stop singing about roses and just perform as a stand-up comedian!” Does that sound like a good alternative?
Hahah yeah, I think we met those guys when we were at Graspop metal meeting 2011 in belgium. Yeah it's definitely a good alternative to another career. He got the skills, talent for sure...

It’s been quite a while since your first Demo Tape “Hopeless Illusions” to touring Europe as a headliner. Did you ever get confronted with the term “sell-out” ?
there is always people complaining about what their favorite album or song is, and that we have changed our style.
But I guess every band/artist change their sound at some point since you evolve with every album or song that you make. Who wants to hear the same band put out the same old record every time? But all we got on this album so far is great feedback so thats great!

You sing about some serious issues on your new album. Like the destroying of the earth. On “Dead Planet” you guys sing: “…and all that is left, is a hole in the world. Set sail for tomorrow, another day for the weak and the hollow.” To whom are you referring with these words?

we don't have like a theme on the album but that song in particular is about destroying the earth. the punchline is a negative way of looking forward, instead of doing something about it right now.