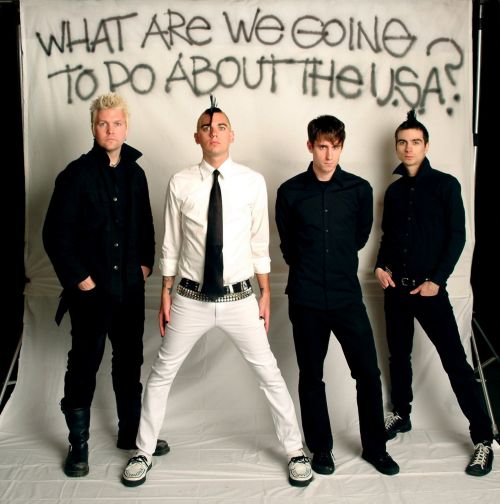 Allschools: So, tonight is a very interesting package with GOOD CLEAN FUN, ANTI-FLAG and MIKE PARK?!

Pat: Yeah, I think often people think, you have to be four guys in a band to be a rock band, and MIKE PARK is an Asian dude with an acoustic guitar, and that is just as punk-rock to me, than anything else.

Allschools: And you took MIKE PARK along on tour?

Pat: Yeah, yeah, hes a friend of ours, he was on one of our tours through the states too, and actually, we would bring him on every tour, if we could, he is just such a good guy

Allschools: ANTI-FLAG has been really involved in PUNK VOTERS, how did you evaluate your influence on the campaign before the election?

Pat: Well, we knew, that its going to be very difficult to get George Bush out of office. And we knew that John Kerry was a dick.. you know, so we made it very clear, that we were not advertising to vote for John Kerry, we were advertising to vote against George Bush. So, we knew its gonna be difficult, and we actually had bets within the camp if whether its gonna work or not, and I was on the there is no chance its ever gonna work-team, I think I made a nickel on the bet... but still, it sucks, you know, because we, along with many other people worked very hard to try and make it happen... So in that way it was a great disappointment. But the good thing is, that we did do something and we were able to connect with great people.

Allschools: So the re-election wasnt that much of a setback?

Pat: Well, not as much for us as a band, but more for us as people. It sucked, it really did, but we all carry on, we knew that it wasnt the end of the work to get George W. Bush out of office.

Allschools: "For Blood and Empire", your new album, is the first album after the re-election of George W. Bush. How did you deal with this topic? 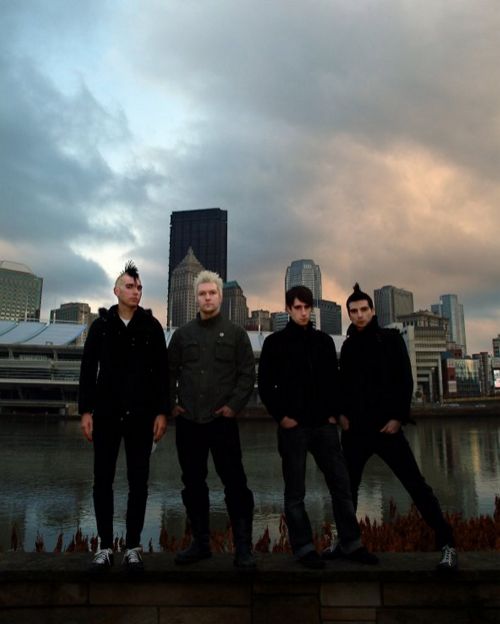 Pat: Well, I sometimes heard, that we were not going after G. W. Bush that much, that surprised me, I thought we did. But I guess, we are just looking at a wider topic. We are looking at much more, for example that G. W. Bush was trying to take us into a war in Iraq, that we thought was crab from the beginning, and that turned out to be completely worthless and a waste of thousands of peoples lifes So this record is a little bit dealing with different topics

Allschools: I actually think, that its very good, that you dont focus on him, as a person, but more on the things he is doing.

Allschools: So, how would you explain the fact that the rest of the world seems to know more about everything, that is going on in the United States and all the inner political situation, all the lies and the corruption, than the Americans themselves?

Pat: Yeah, doesnt that suck?? The only answer that I can give, and that we came up to is that the media in the US is very much in the pocket that is created, there is a song on the album about it, about the fact, that the major news media have those people, that just concentrate on reporting on the white house, and if they ask questions , that make the white house feel uncomfortable, they kick them out And than they dont have access to talk to the president anymore, than they dont get the rating and they dont get the money, so they just have to only ask easy questions so they can maintain contact with the white house. I sort of believe, that its something like an unwritten hand-shake-agreement that the media doesnt ask to difficult questions

Allschools: I also read an article about all the Watergate experience, that a thing like that wont be able to happen in todays society .

Pat: I dont think it would happen either, and even there has been this terrorist guy in the white house, who was like: Oh, the white house is all fucked up, and so on and everyone is like: Oh well, you know, and that is very dangerous, that the population believes things that arent true. And when that happens, you can have Hitler in Germany and Mussolini in Italy and Pinochets in Argentina where media control what the population knows.

Allschools: Do you see a difference between the shows in Europe and the shows in the States in terms of the knowledge of the people?

Allschools: Do you feel responsible to educate people?

Pat: Well, we are not that important, that we can come here and teach people, but I think our job is to say that there are other options. But we cant say, that we need to educate the people, because we just clearly arent that smart

Allschools: Well, but it works, doesnt it? Many young people feel educated by your lyrics, right?

Pat: Yeah, hopefully they will be able to educate themselves, maybe even trough our music, thats why we put all these interesting people in the essay, that comes with the album.

Allschools: Its also that normally the ANTI-FLAG fans are pretty young, around age 16 to 18. How do you feel about that?

Pat: Yeah, we always tried to do all-ages-shows, because thats an important thing. Maybe in Europe not as important as in the States. Because we dont limit ourselves to just beer drinkers, we want to be reachable to kids all ages!

Allschools: Your new album is going to be released on an major label, in all the internet massage boards it has been a big topic. Do you think that it somehow stands opposite to your ideas?

Pat: I dont think it stands opposite to our ideas. Its defiantly a controversial decision and we grew up in a world were major labels were always bad and they always lied, they do, Im sure they do, they are probably lying to us. But at this time we have taken a hole lot of there money and were able to talk about a lot of issues that are normally not getting out on major labels. So, to me, thats an important thing. As being a rock band, being on Fat Wreck Chords would just be great, but being an activist, you want to make sure to reach as many people as possible. But we made sure that we are able to say what we want to say and that we can create the art and kind of music we want to create

Allschools: Talking musically about your new album: where do you see the differences between "Terror State" and "For Blood and Empire"?

Pat: Yeah, see? Thats the problem, I dont really see any differences. We recorded the record in the same way as we always recorded, we wrote the songs the same way we always did, we sat in a tiny little old stinky room, and wrote songs that were impotent to us and that we feel passionate about. We got rid of two quarter and came down to 12 songs. And than we recorded these songs. So in that sense there isnt much difference. Just what I said, people have said, that we talk about wider issues than we did before.

Allschools: On your album you have vocal- features of bands like A FIRE INSIDE and PIPE DOWN and MUCH THE SAME. Is that right?

Pat: Yeah, they just did back-up singing, you cant really tell its them, well, maybe you can, if you know the records. They are just doing the backups, because they can sing on key.

Allschools: How did this occur?

Pat: They are friends of ours. So we said, hey guys, you want to sing with us, and AFI was in town, they were working on their new record, which is coming out around now. Thats the beautiful thing about punk-rock, that everyone is willing to help each other out

Allschools: Being on tour, how do you inform yourselves about the different topics?

Pat: In some way travelling makes it difficult for us to stay informed, but at the same time we get to talk with many different people who just come and say like, well, do you know about that? And we say like, no, tell us about it, and so its very interesting.

Allschools: So, people come directly to you and ask to write about a special topic or situation? 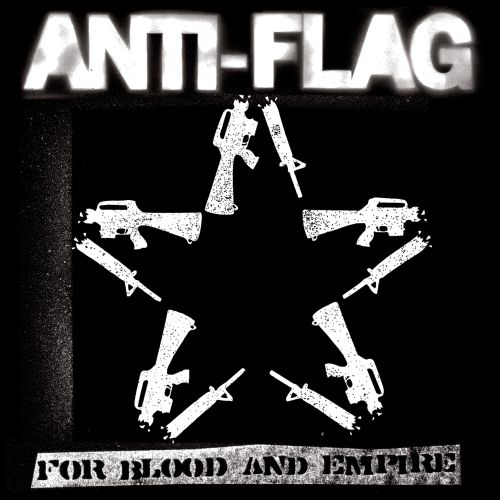 Pat: No, more that people just tell us about it in general, if we think its important and we feel strong about it, we write something

Allschools: What about the song Welcome to 1984?

Pat: We gave it to the The World cant wait program with which they were trying to do a general strike in November to try to get people aware of that Bush needs to be impeached. That was a song that we recorded in our little practise room, where its just Justin and an acoustic guitar.

Allschools: OK, I guess, thats it. Thank you very much!

Pat: It was my pleasure. Good questions, I appreciate that.

Allschools: So, you have any final comments?

Pat: Just, if you get a chance, and if you are interested in our political ideas you can go to www.anti-flag.com!