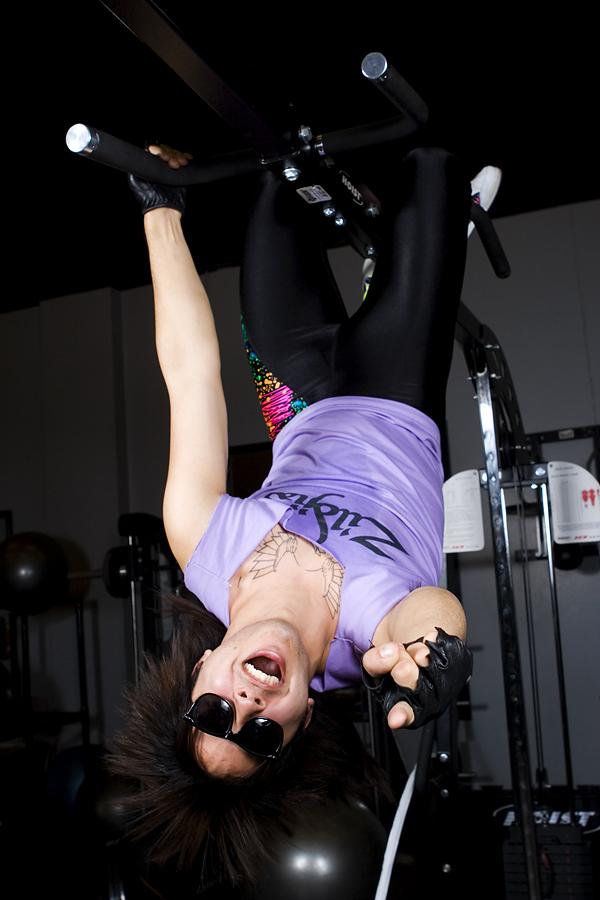 Im doing great ! Its my first time in Germany and I really ate some sauerkraut. I know this from my grandmother, because she grew up near Poland and really liked that. I like to hear German, its a funny language.

This is the first day on your tour through Germany. What are your expectations?

I'm not sure if anyone really knows us here, I mean we never released a record here and the only way that people could get to know us is by the internet. But I think our record label released some of our songs on different radio stations and we got a lot of feedback from German fans on our myspace-page like "the fact that you are coming to Germany is as great as your music is" and stuff like that. Hopefully those people told all of their friends, that we are playing in town and everyone will come and visit our tour.

Im very glad about touring with Bring me the horizon, we already toured in the United States together. Maroon are on our record label  they are German, arent they?

Yes they are Germans singing in English. 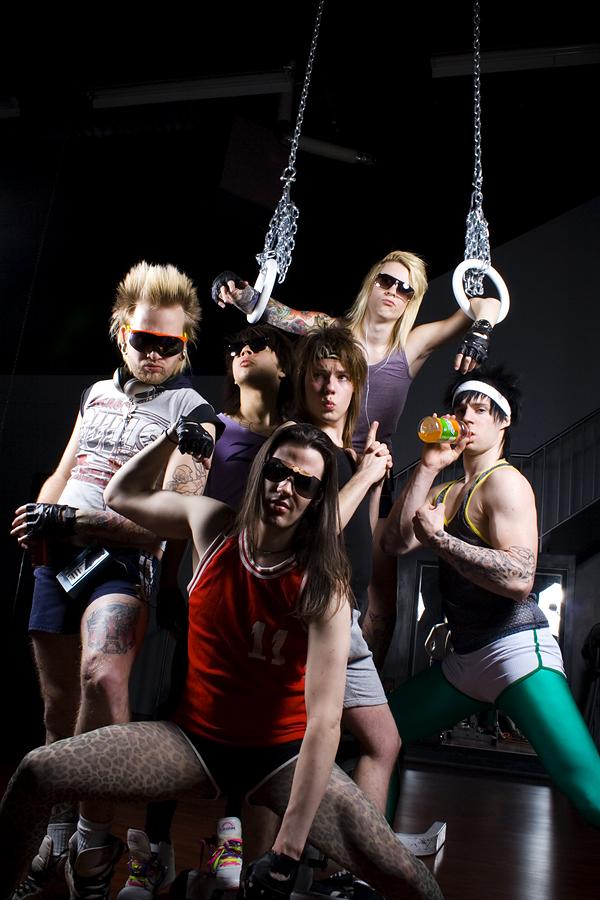 Do you know any other German Bands ?

YEAH, we are all living in America, America... these guys are funny. But I dont know other German bands, just Rammstein - they are very big in America.

How is the Music Scene in Canada ? The majority of Germany know only the very popular Canadian music like Avril Lavigne, Billy Talent and ..

Wow, really? Avril Lavigne? The music scene in Canada is various. The Indie-rock genre is blowing up in Canada with Arcade Fire and stuff like that. Further weve got a huge HipHop-scene. Whats about Hip Hop here in Germany?

Oh its enormous, but not very good in my opinion. I prefer Hip Hop, which is really down-to-earth like Public Enemy and the Beasty Boys. Many German Hip Hop artists are trying to keep the face, that they can have all the sexy women and expensive carsvery gangstalishious, you know.

In Canada its okay. But weve got a huge Metal Scene. There is a big Grindcore Scene with very good Bands in Montreal. Century Media got a lot of Metal Bands fom Canada I think.

Your Album will be released in spring 2008. Can we expect to see you again?

We will come back to Europe, of course. I hope so. We got the 80s influence and I hope the Europeans like it. I saw a joke on TV where a woman said Who gonna listen to their music ? Maybe Europeans and Asians! (lacht) But I hope you will like it. 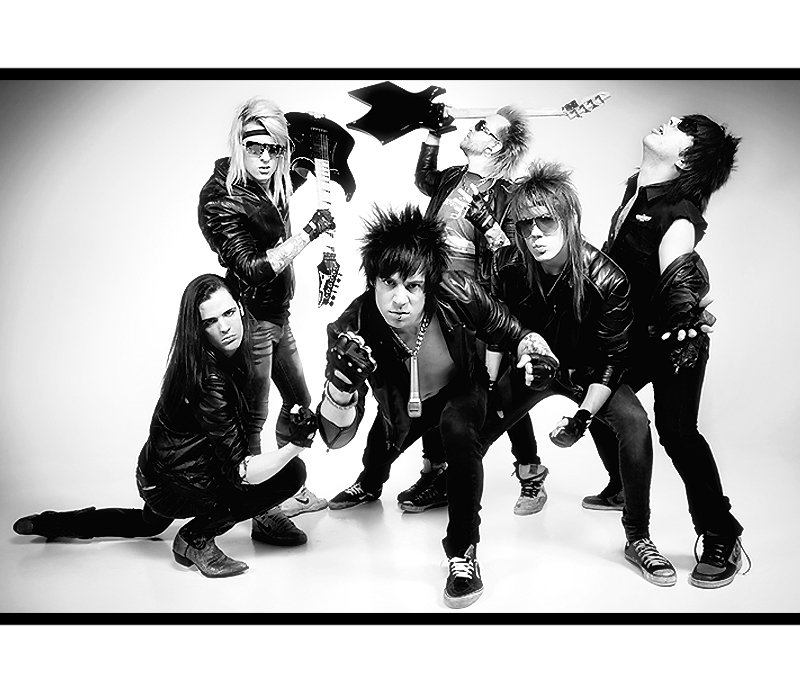 No, never. But we want to tour in Japan after we released the record and we want to hit Japan in the next two years.

Your Music got this 80s thing with the glitter hairs and stuff like that. Its new here. Tonight you are playing with bands from the Hardcore Scene and the Metal Scene and you are here with a completely different style. Do you think that this combination fits?

I dont think we are doing the same like in the Hardcore, Metalcore, Whatevercore Scene. We got breakdowns and stuff like that, but you shouldnt take our music too serious. Its fun. The most Hardcore Bands are very hard and tough but we want the people to have a good time and dance a little bit. I think people are getting tired from this serious Metal and Hardcore Genre. I am really hoping the People experience us as the refreshing Band that we are. We are not following the stereotypical characteristics of the scene.

You are right  here the Hardcore Scene isnt really nice. There are a lot of good bands but the fans are lot of posers doing stuff like the violent-dancing-thing.

We dont want people to get hurt on our shows. They should have fun and a great time. We dont want to play for people, who are becoming angry and violent during a show. You can go to a hardcore show in America and the people are moshing and getting very hard but they are together with each other and not against. But (verzieht das Gesicht und schaut mich bangend an), do the People at the shows ever beat up the bands?

This problem weve got in America. The hardcore bands are very aggressive. Once they started a fight with us. We were attacted by hardcore kids. They entered stage and wanted to hit us. So this wont happen in here?

No. The only thing that could happen is that the people dont like youre music and wont dance. Thats it. Ive read the following Century Media is proud to sign Blessed By A Broken Heart, self proclaimed super heroes destined to save the world from nuclear annihilation with the power of metal. Which Superheroes are you?

(lacht) I was thinking about writing a movie script. This gonna be a very nice B-Movie, but it doesnt mean anything.

Okay. Thank you and have Fun on Tour.
Thank you.