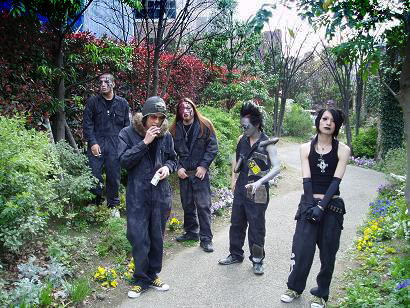 Who is currently playing in BLOOD STAIN CHILD?


Can you tell me the story of BLOOD STAIN CHILD so far?

BLOOD STAIN CHILD was formed in 2000. We send our demo to a radio program, then the DJ of the program had been our big fan. He recommended us to the label and our debut was confirmed. Before debut, we wrote and played a theme song of Japanese famous wrestler Kensuke Sasaki. In 2002, we released first album "Silence Of Northern Hell". In the same year, we played with Dream Evil of Sweden as opening act. In 2003, second album "Mystic Your Heart" was released. And last year, we released our third album "IDOLATOR" in Japan. This album got many good reaction not only from Japanese media but from outside of Japan, Dockyard1 label was one of them. We finally got the chance of debut in Europe!


How do you feel about your new record Idolator?

When we finished this album, we finally found and make what we want to do. 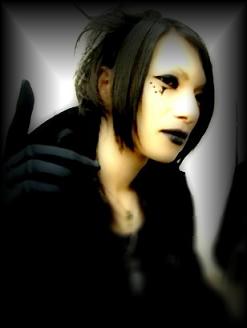 Why did you add some clean vocals? Did you want to underline the melodic aspects in your music?


Are you satisfied with the reactions so far? How was the response of your own fans?

We got many emails from fans everyday, they are enjoying our albums and say very good words. On the other case, they came to our show and talk to us friendly. Their words encourage us to make good songs and live performance. We don't want to put distance between fans and us.
But we are not satisfied with the present situation. We would like more people to listen to our music. 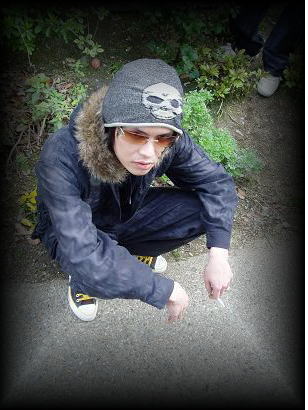 How did you experience the work with Tue Madsen? Was it how you expected it to be?

At the time of debut, we did not imagine to work with an overseas engineer. But an engineer with great ability was necessary to make the sound that we wanted.
I met the sound of Tue on the album of Heaven Shall Burn and MNEMIC. When I listened the sound first time, I felt and understood that this is the man. I found modern feeling and natural feeling in his sound together. That is just what we wanted. BSC features the digital elements a lot. Therefore, for our sound, a natural feeling is very important. If the digital sound spread everywhere, it would be dull.
We have not actually met Tue, all the works were done on the internet. He uploaded the mixed songs, then we listened it and asked him to adjust some part, and he did and upload.... The works with him went very smoothly without any problem. Because he seems to already understand the taste of sound we wanted. And because he is warm-hearted person. 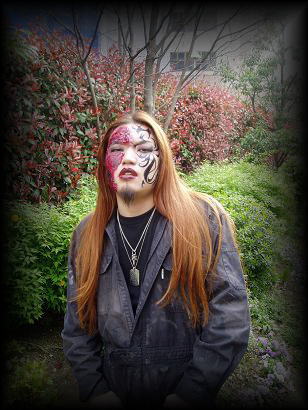 In my opinion Idolator sounds really European. I always have to think of bands like In Flames, Children Of Bodom and Death when I listen to Idolator

Actually, we are affected by IN FLAMES and Children Of Bodom. Their music is really splendid. But we are affected not only by metal but also by TRANCE and Healing and World Music, especially, for example, by DEEP FOREST and RYUICHI SAKAMOTO. Of course, the base of our sound is a metal. Therefore, our music might sounds like European metal band.


Idolator is your first release in Europe, but you have recorded already several other records! Why did it take so long to find someone who will release your record in Europe?

Weve been hoping our CD release in Europe for a long time since we formed BSC. We send our CD to some labels out of Japan, but we could not get the chance of release in Europe. Actually, our first album released in KOREA. But we wanted to do it in Europe where has been our ideal place. 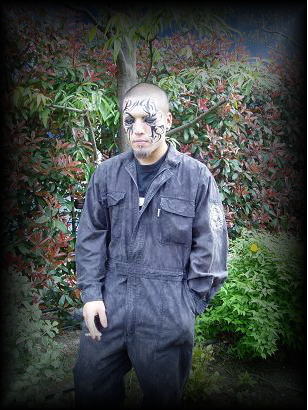 By the way, internet has been developed very fast these years. So people all over the world can listen to our music easily now.
Actually, before we signed with Dockyard1, European listeners contact us everyday to say kind of "Fxxkin' great album!"
It might help us to release in Europe. But the reason why Idolator is our first in Europe could be just Idolator is better than other two album of ours...

Will you re-release the old ones too?

If Idolator was accepted and had good sales, it would be happen. I hope so! 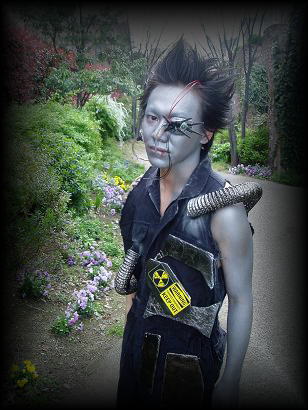 Tell me some words about the Japanese Metal-Scene!

There are a lot of high quality bands, but the metal scene is still underground in Japan.
The chart is filled by pop music. We should activate the Japanese music scene.


When can we expect a tour through Europe?

There is no plan for that at this moment... Some day, well make it happen. So, please look forward to it!

The last word is yours!

Thank you for reading this. Check IDOLATOR, it is filled with the sounds what you listen to first time!