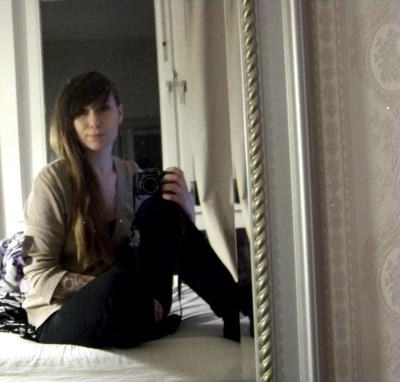 Daniel:
Last night was pretty funny. Jason, our guitarist had birthday yesterday. We were in Poland. That was pretty crazy. We all got really really drunk. It ended up pretty massive. So that was quiet funny.

You’ve left some big cities like Amsterdam, Cologne an Hamburg. Is there a special reason for that?

Daniel:
I don’t really know. I think this tour was just a smaller run that we can try out places maybe we had not been before, visit some old places that we hadn’t been for a quite while like Poland.

What are the “pros” and the “cons” of being on tour with your Brother?

Daniel:
There isn’t many cons. We go on very very well. We always have and always wanted to be in a band together, so it kind of works out. We do argue sometimes. That’s the cons maybe.

Were your parents on one of your shows?

Daniel:
Yeah, mom and dad come to the concerts sometimes whenever we play a local show. My dad is pretty cool because he is quite into the music as well. He is not really like “rock ‘n’ roll”-lifestyle but he is into the same kind of music as we play now. And my mother appreciates it.

In January you played a lot of shows with bands knowing each other. Do you have sometimes the feeling, that the world is really small?

Daniel:
It’s kind of strange. When you tour you don’t see people that you class with “some of your best friends” for years. Then you meet back up with the same band an you are like “oh wow, it#s like it has been 2 days!”. It’s kind of strange, but it is also awesome.

Are you rather touring or at the studio?

Daniel:
A bit of both. I like listening to the studio-side of things when it becomes its ending. Cause you can hear your record – it sounds great, and stuff. It’s nothing like being on tour – meeting everyone and having fun with bands. It’s both good.

Do you have any kind of special wishes when you are on tour, like a white sofa in the backstage, white roses ?

Daniel:
Yeah, everything is white… No we are pretty easy going, to be honestly. Just food and beer at the backstage.

Do you have a secret advise to party all night, but get on stage pretty fresh?

Daniel:
I am pretty boring, to be honest with you. If I’ve got a show next day, I won’t drink. caus’ I don’t really like doing it. I’ve had bad experiences doing it on tour. Other people can do it and get away with it.

Do you tour in a Bus?

Did you imagined getting so big when you started?

Daniel:
No, not really. You can only see your progressing and you keep playing shows, you do headline-tours, you can see that the people are more interested. It always goes year by year. Now we can look forward to the next show and the next album. It’s sort of looking forward, but keeping your feet on the ground.

Do you look at the success of other bands?

Daniel:
Yeah, you are always look at people who are on the same level as you and what they are doing and what not. But we’re trying not to get jeaulos.

Kristan Dawson is the new guitarist on Tour, a great player and a really nice guy. Mehdi is missed but the guys from Bury Tomorrow remain great friends with him and maintain how lucky they are to have found Kristan.The band are writing new music for the near future and we, for one, are very excited and wish them and Mehdi every deserved success for the future.Check the band out with Kristan if you can make it to one of the shows and we hope to hear much more on the new album.