12.04.2007
Chimaira originated in Cleveland, Ohio with vocalist Mark Hunter, lead guitarist Rob Arnold, rhythm guitarist Jason Hager, bassist Jim LaMarca, drummer Andols Herrick, and Chris Spicuzza on keyboards/electronics/ samples. After releasing a demo, which had constant college radio airplay, the band was signed by Roadrunner Records. Shortly after their album release, Jason Hager left the band and Matt DeVries took over as rhythm guitarist. During their time at Roadrunner, Andols Herrick decided to leave the band, replaced by Ricky Evensand, then replaced by Kevin Talley. After signing with Ferret Records/Nuclear Blast, Andols Herrick came back to record their forth LP, entitled Resurrectiontheir heaviest and most musically technical album to date.
Interview with Matt DeVries from Chimaira by Roya Butler and Bradley Hulett 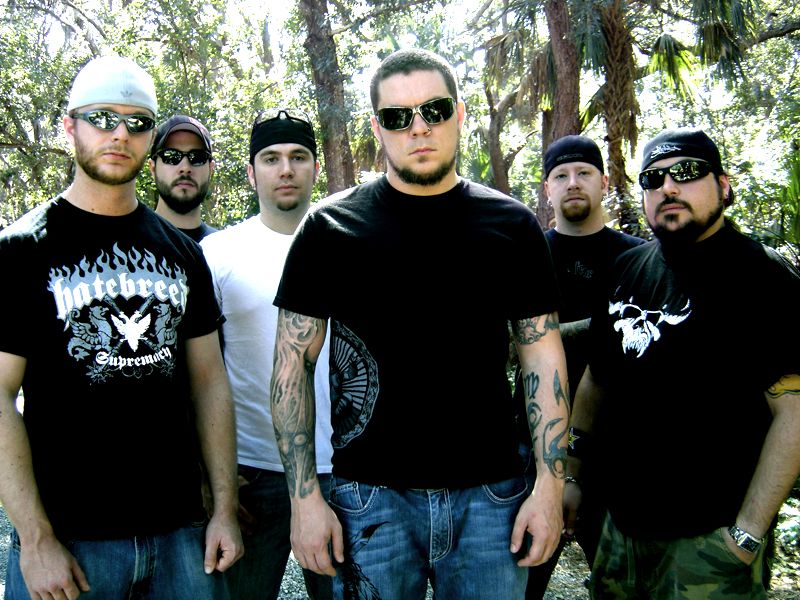 Tell us about your new album.

DeVries: our new album, released March 6th, is called Resurrection, and we are extremely stoked cuz its the first album back with Andy playing drums again. While writing this record, we were in a good state of mind; we were just happy we didnt have to worry about numbers, impressing a label, or topping our last record. Since all of us had a part in writing it, its probably the most eclectic album weve put out thus far.

I can see how writing it together unifies the band, giving the album a stronger sound and message.

How did you decide on the name, Resurrection? What does it signify to you and the band?

DeVries: Marks pretty much said: I got this idea for Resurrection. It made sense, because we feel this record is kind of a rebirth for us. Just like a rejuvenation, getting a new drummer, new label, new producer, we have a new out look on everything. This is kind of our way of going back in time; when you first start a band your just jamming with friends and not worrying about all the politics or numbers.

Why did you switch labels, parting ways with Roadrunner Records after so many years? 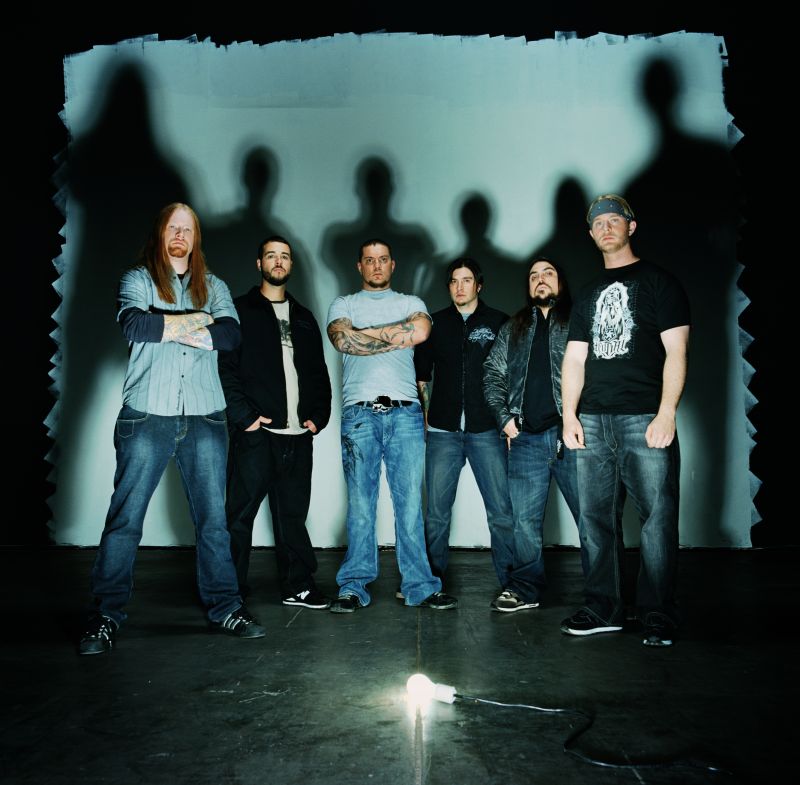 DeVries: We werent happy for at least a year of our last tour cycle. We just didnt think they were putting enough records in stores, manly in the states. There was no press, there was no real push. We were trying to tour as much as possible and push the band on our own, but you need that crush-- you need that label to actually help you out. Roadrunner kind of put us down on the totem pole. They really didnt care about us as much as other bands that were selling more records--we just werent happy/we werent feeling any love. Ferret had so much interest in us, and we were friends with them. We saw the advertising and the push they would do for their bands, so it was perfect timing when we got asked to join them--we basically threw a party. No disrespect to Roadrunner, because they got us to where we are, but they just kind of dropped the ball after a while.

Tell us a little about the track six.

DeVries: Track six was a good one.

DeVries: No, Track four I think it was.Track four is six.

Nice. How did the name originate and what does it signify to you?

DeVries: It was a fun song to do. Initially, Rob had come up with most of the melodies and theme parts in the song. For the first time ever in our bands career, I had a full song and manly heavy rifts, and Mark had rifts--and for the first time ever we just combined them all. Usually we build off other rifts or have a full song and you put your two cents in, and throw a rift in. But this song was like three songs in one! We love the song, because I think it kind of defines us-- it shows every side: the heavy side, the songwriting sidein general that we have matured as musicians. And it just came out real cool, we werent even trying to do a long song--we didnt want an instrumental per-se. It just happened that way, thats why it was cool. The title six, Mark titled it six because it kind of represents us, the six of us.

Why did Mark go with a cleaner vocal styling, compared to your other albums?

DeVries: I think the result was merely an effect of how we got inspired with the music. I dont think anything was preconceived; I dont think he wanted to make clean sounding vocals. We have never been interested in making music for the direct purpose of selling more records--we have never been like that. We just made some more music; his melodies are still dark so this new sound is a stronger vocal styling.

What made you decide to make this album more melodic in comparison to your more abrasive albums in the past?

DeVries: I think its almost the same answer, I think it was completely an unconscious effort. We had nothing like that planned out. Maybe it was because there were a lot more hands in the kitchen--everyone had their two cents--maybe thats it? Nonetheless, its definitely eclectic--all of us listen to so many different types of music--manly Metal, obviously. 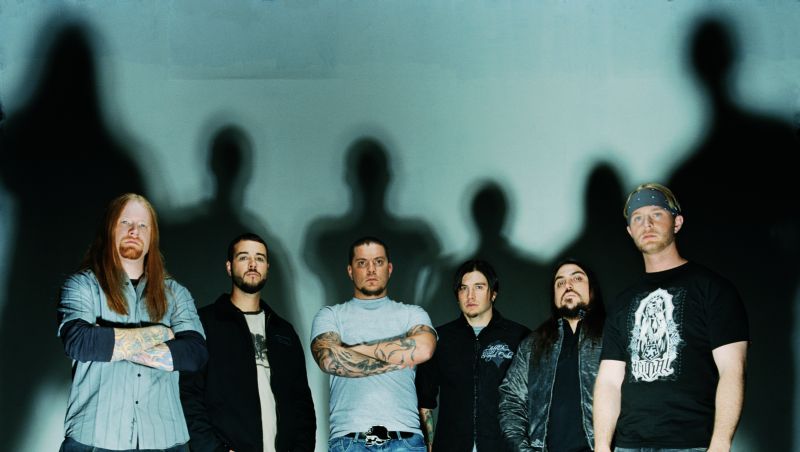 How is the tour going so far?

DeVries: This tour is sick, its a perfect tour. Its the first tour in the tour cycle so its a perfect tour to start out with. And we are friends with all the bands, weve known Killswitch forever and it just makes it such a smooth run for a tour. Its just sick man! Every night we got big venues like this all sold out, so its fantastic!

What cities are you looking foreword to playing?

DeVries: Well we dont have much left, about a week and a half to two weeks. Cleveland on the run-- you know home town-- so Im really looking foreword to Cleveland. We got two nights sold out in Chicago, which will be sick. And its always fun playing two back-to-back nights; it will be fun.

What was your favorite city so far on this tour?

DeVries: Vancouver was sick! We played an outdoor amphitheater of about five or six thousand. It wasnt sold out, but it was packed. Every other time we have played that venue, we played real early to the point were that was hardly anyone. But that one was fun.

What was it like getting Andy Herrick back on the drums?

DeVries: Real cool, as soon as he left we were just bummed and those two years we went through two drummers, amazing drummers but personalities just clashed. When you live with someone its different. On stage it worked, and they were both great people. But, living on a bus with eleven dudes, you really have to get along. So it was just a blessing to have him back, the most talented member in our band we think. You can just tell the fire in his eyes when he is banging on a kit-- how excited he is to be back, you know.

Is there more chemistry on stage as well, with Herrick on drums?

DeVries: Yeah, way more chemistry. Its hard kind of like Metallica with Jason Newstead, weve known each other for so many years it was hard for those other two drummers to come in the circle, so it worked out for the best.

What do you feel the future holds for your band?

DeVries: I dont know. Everything has been so positive. We have been getting great reviews, shows are great. My goals are always to play in more and more places, in front of more and more people. I think thats what we will do. Its our first tour on this tour cycle, so we will be touring for a long time on this record--at least a year and a half.