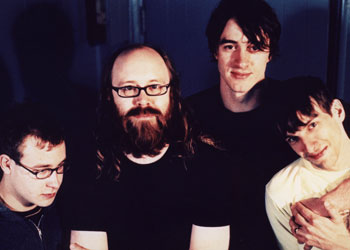 To start with please introduce yourself and your band members.

You have a pretty interesting resume in terms of music. What was the main reason for the regular change of bands?

My life outside of music (e.g. going to law school in another state, departing that state upon completion of law school) has dictated my departure from old bands and introduction into new bands.

You finally returned to Omaha after law school. Why did you return to your home town after all that time?

I knew I could find a good job to help pay off my loans, buy house, buy some recording equipment, and find great musicians/friends to commence rocking. Having your own house is crucial to making loud rock music when you have limited free time. If I had gone to New York or Chicago, I couldn't afford a house, I'd have less free time, and wouldn't know as many rocking musicians interested in rocking.

Did you ever think about returning to CURSIVE as well?

It's not an option, so I don't dwell on it. But I do love that band and would gladly rejoin if it were possible.

You¹re working in a regular" job as an attorney. How much time do you have for you music and especially for touring and what do your colleagues think about you as a rock musician?

I've recently left my job at the firm. So, I can focus my energy entirely upon music. But, when I was working, my free time was limited. I had maybe an hour or so to work on music every day. My colleagues at the firm were/are quite supportive of my musical aspirations, so long as it didn't conflict with my work at the firm. I'm very lucky to have their support.

Who are your main influences in terms of song writing? 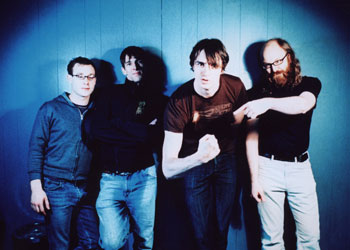 My main influences are Tim Kasher, the Faint, bright eyes, Walter from Quicksand, Superchunk, built to spill, to name a few.

You played almost every note on En garde" how did this change with When We Break³? Did you also record the album in your home studio?

When we break is a more collaborative effort. I still had a hand in most the instrumentation (i.e. drum beats, bass lines, backing vocals, guitar lines) and played most the guitars on the record, but AJ wrote and performed his own bass lines and Mike played drums on all the tracks. We tracked the drums and bass at Presto! Studios in Lincoln, NE. I recorded vocals and guitars at my home. Then, I gave it all to AJ and he produced, engineered and mixed the record.

What is the main theme of When We Break³ and what can we expect musically from the new record?

The record does not have a main theme. It's about individual empowerment, the gift and curse of good luck, the need for human connection (romantic, musical, business, etc.) and a couple random rants about the US invasion of Iraq.

Where do you see yourself in 10 years? Being a partner in a law firm or still on the road?

If I'm still rocking in ten years, I'd be quite surprised. Ideally, I'm working for myself and friends as an entertainment lawyer. 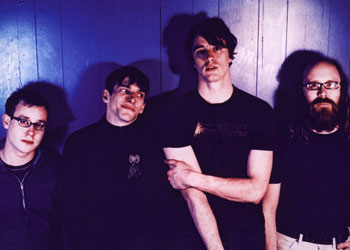 You just played three German shows before the release of When We Break³. How was the reaction to the new songs?

The German shows were great. I had very low expectations. Everyone we met was very kind and the crowd response was great. Very enthusiastic considering they had no idea who we were, for the most part.