11.07.2006
Please give us a short introduction to CRUISERWEIGHT and its band members. 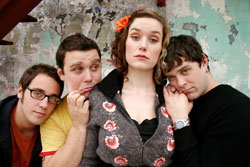 CRUISERWEIGHT is something like a family business. When did you all start to make music?

Urny and I used to play open mics when I was a young teenager, at coffeehouses and places in Austin, where he went to college.

I think the decision to have Stella on the mic was an excellent one, when did the idea come to your mind to have her for the vocal duties?

Urny and I, because we grew up playing together, always joked that we'd start a real band together someday, as he's a big fan of female vocalists. Urny and Yogi formed a band together called Red Boxing many years back, and when that band stopped playing in early 1999, they formed a new one and added me to the mix, kind of on accident. They were just playing Descendents and Green Day covers in the practice room one day and pulled me in. That was it.

I compared your album to bands like THE FORECAST und THE ANNIVERSARY, what is your opinion about these comparisons?

Bands that highlight their songs with female vocals don't necessarily all sound the same. I'm certainly not offended by this specific comparison- both bands are very good, so it's flattering. But people have compared us to EVERY female-fronted band in history. And I know
that it's just not true.

How would you describe the sound of CRUISERWEIGHT? 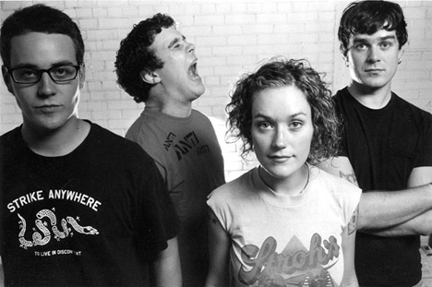 What topics do you deal with on "Sweet Weaponry"?

Everything from relationships, (usually the downfall,) to shoes, to politics.

You already release two eps independently. How important is DIY for you?

Everyone would love to hit it big and have things handed to us. But there's something really great about making things happen for yourself. When you have any amount of success, it feels very deserved. And you don't have to wait for anyone that way. We're
constantly moving.

Tell us something about the music scene in Austin, Texas.

People call it the "Live Music Capital of the World." But mostly it's the "'Country/Folk singers who think they're Rockstars' Capital of the World. We've made some great friends within the community, however, with bands who really do inspire. It must be hard to be a band in the middle of nowhere. Being in a place with a reputation for good music
is great because it attracts great bands and musicians.

What are you doing besides music? What jobs do you have?

Urny, Dave and Yogi all work at a pizza place. I'm not sure how it runs when we tour, since they comprise a third of the staff. I work with children, as a teacher.

Do you have any plans to tour Europe soon?

Yes. Soon. We talked about it last night. 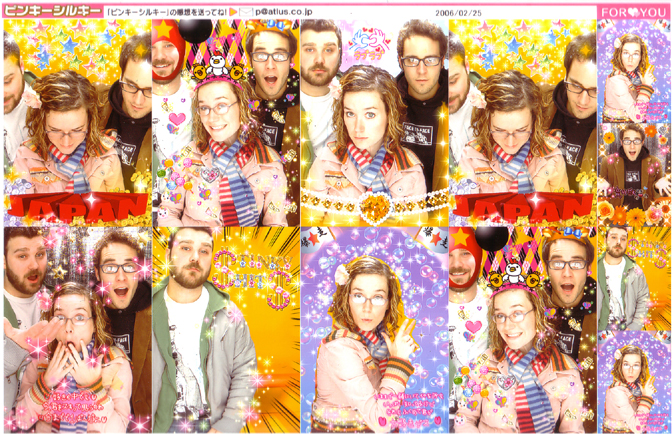 What are your musical plans for the future?

We're home all summer, writing our next record. We've already written several songs, and we're anxious to get them out everywhere, to everyone. To you, mostly.

Thank you very much, the final comment is yours.

Bring on the weinerschnitzel!! Did I spell that correctly? Thanks.