Interview mit Curl Up And Die 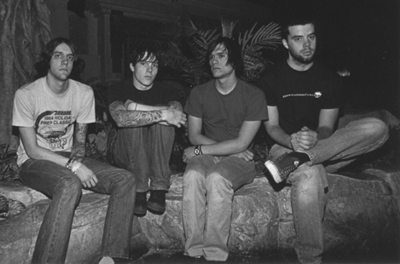 To start with, please give us a short introduction on CURL UP AND DIE and its band members.

curl up and die is a band from las vegas, nv. we formed in december of 98, matt plays guitar. jesse plays drums. ryan plays bass, and mike does vocals.

"The One Above All, The End Of All That Is" has just been released on Revelation, are you satisfied with the result of the record?

definitely for the most part. there is always the wish that you could have changed this or that minor thing or had an extra day or whatever with each record or project.

Is it right that your contract with Revelation is fulfilled? Are you guys satisfied with the work the label did for you?

yes, free at last. the label did a mixture of good and bad things. i don't really feel the need to go into specifics though. sorry.

Are you looking for a new label right now, are there already interested parties?

no, not at the moment. we are concentrating more on touring right now.

With your two Ep releases you experimented a lot with electronic influences. On "The One Above All, The End Of All That Is" you got rid of those influences. Could you explain this?

Despite the fast parts in your songs you seem to draw a lot of brutal heaviness from slower moments, which are pretty new to your sound. Do you agree?

no, not entirely. the one above all is our slowest record to date. but it also includes the fastest songs we have ever written. and we have had both fast and slow moments since day one.

What else can your fans expect from "The One Above All, The End Of All That Is"

hopefully a good honest record with some depth to it. or like the movie jaws, but you know, music. 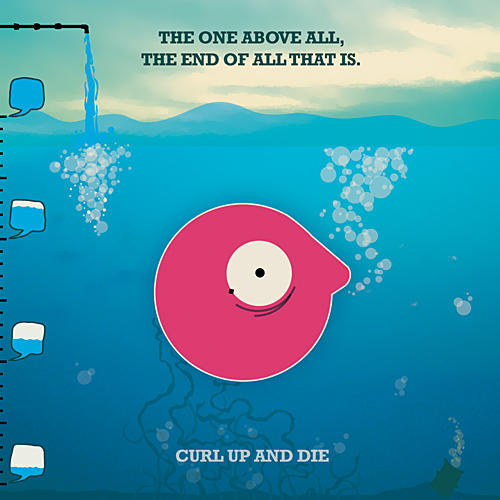 What is the song "There Ain't No CAN'T in AmeriCAN" basically about?

I read something about you guys being Japan fans. Are you planning on releasing your music over there and/or touring the country?

hopefully one day. the sooner the better.

How do you come up with your song titles? They sometimes seem unrelated to the actual songs..

they are usually related to the songs in some way. especially the ones on "the one above all..." the titles usually come in prayer when we're trying to talk to god.

Is it right that you guys are a lot involved in "myspace"? What do you think about all this internet communities?

yay, it's great! the future is now!

What bands are you often compared to and what comparisons do you hate the most?

there isn't comparisions i hate, just some i don't get. i don't understand why a lot of people in the u.k, think we sound like drowning man.

How is the music scene in Vegas? And do you guys have a gambling problem?

like most scenes, there is the good and the bad. there is a lot of tough guy shit lately that i'm not into. no, we don't have a gambling problem but we were all raised by prostitutes.

So you guys are comic fans? What are your favourite comics and why?

we all love alan moore. i read a lot of bendis, brian k vaughn, warren ellis, chris ware. adrian tomine, and a ton of others.

Some of you guys are vegan, some even straight edge. Do you live your beliefs inwardly or do you tent to advice other people?

we usually keep most of that stuff inwardly. we aren't mormon missionarys or anything.

lots of touring and not enough baths.

thanks a lot for the interview.