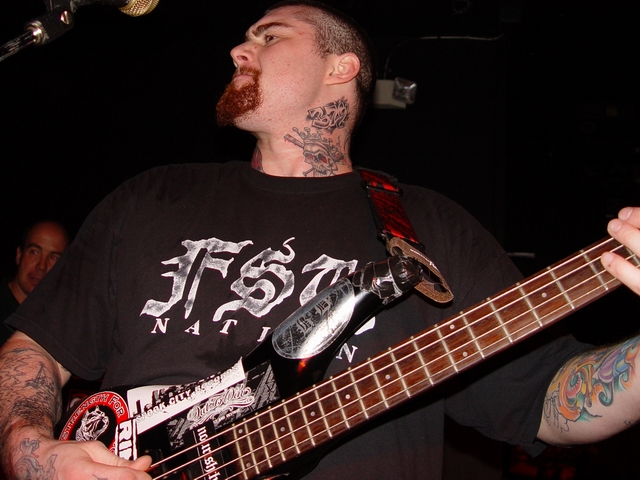 Hello, how are you?

Maybe we should start with you new record  Friends Family Forever. Why did you release it once again?

Last time we were in Europe I realized that we have to focus a little more on the European Market and get more kids to know us more than just talking about us because we hadnt a record out over there. After we did the Split with Black Friday 29 we had some extra songs and we thought it would be a good idea to put it out all together. In fact we released it to focus more on the European market. We also have a record label in Brazil which will put out the record out over there, as well.

Who had the idea to work together with Black Friday 29?

Oh, we were on tour with them last year and during this tour they became really good friends and they wanted to put something out in the states and we wanted, like I said, to put something out in Europe so the kids can get into our music. So we worked out the Split with those guys. First it should become a limited Edition, but then we released it as a normal CD. We became really good friends and it was fun to do something with them.

Are you into any other German or European Hardcore bands?

Oh, yes! We meet Settle The Score and we meet a bunch of other bands over there and Black Friday became the closest friends. We also know a lot of bands in the Netherlands, like No Turning Back and so on.

II think from going there I noticed that it seems that kids were a lot more into it. I dont know its because that there are maybe not that much bands, but in the states you have a lot of bands and kids can pick and choose which they might go to. In Europe you have a large diversity, you know? You have HC-Kids und Punkrock-Kids coming to the show and in the USA it is more like there are only HC-Kids. So I would say that it seems that the kids are a lot more into it and that they a lot more appreciate. 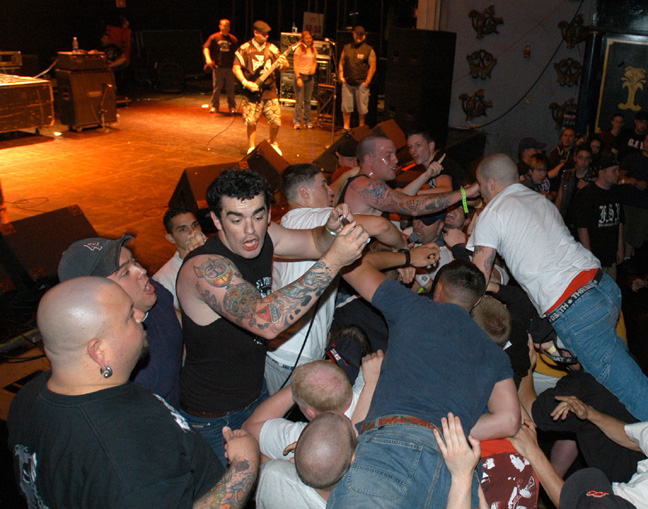 What do you think about Boston Hardcore Scene? What bands should we check out?

Yeah, Boston is great  In my opinion it becomes one of the best scenes in the states. There is a bunch of younger bands, like Have Heart for example and you have a lot of people who are helping to set up shows and so on. Its really being great and there are also many labels from Boston and nevertheless Boston has a great history. In my opinion it is one of the best scenes going.

What do you expect from your upcoming Europe-Tour?

I think itll be great! There be a lot of kids and we are able to play with Ramallah. In April we will come back again to Europe as a headliner for an own tour. I think itll be great, because we are touring with some great friends of us through Europe and Im really excited to see The Setup on tour. I think this well be real fun and I hope the kids will come around.

What do you think about Violent Dancing?

Hm, Hardcore dancing has changed through all this years and there a lot of kids who are doing really extreme stuff in front of you,  but I mean I think when you come to a show and you dance really hard, we just stick along and then someone is like wow, we just hurt everybody, we will say something to this persons. Violence is not the right way I mean when you dance hard and that is what you like to do then you should always watch the other kids around you. There is no reason for senseless violence; everybody just wants to have a good time.

Im not straight edge but two of our band are straight edge. I think when when you choose this way of life you have chosen a really positive way of life. As long as you feel fine with it, it is really a great thing. Its nothing for me but I definitely respect it when people choose that way of life for them. Hardcore ands straight edge go hand in hand and they both have ideals. So, I mean its definitely positive.

What do you think about this Christian movement in Hardcore?

It goes back to the same thing, like I said, everyone has to choose what he is going to follow. If you are a Christian band or a straight edge band, or what your believes are. As long as you keep this as a part of yourself and dont promote it like it is the absolute right way Im fine with it. I mean its all about hardcore and the message of this music and this is the reason why we listen to that stuff. Its important that kids remember where hardcore comes from and as long this is remembered it doesnt matter which way of life or belief you follow. As long as you dont get to far pushing other beliefs and other people, you know what I mean. 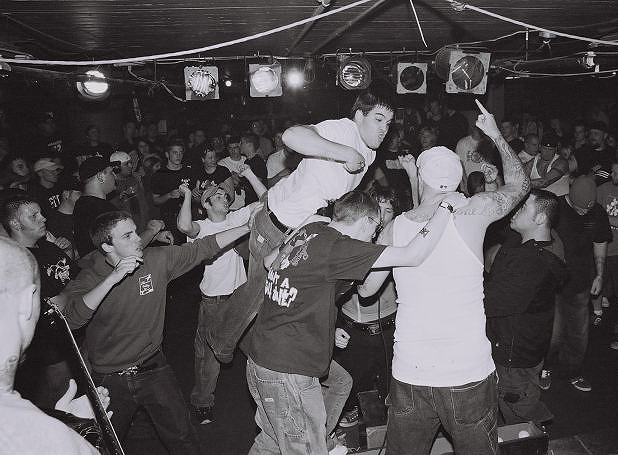 How important is for you this kind of Hardcore way of life? What is Hardcore meaning for you?

Itsits more than just music. Itsits definitely a way of life, you know, its all about looking out for each other and taking care of each other, you know?. A lot of people use the word unity and I think that describes it a little better. I mean, there a lot of HC-kids who support their bands and show up at shows and I think its important to support the scene because that is a huge part of the scene. When Im not on tour I go to several shows to support other bands that are on tour. I think that this is really important.

What are you doing beside Death Before Dishonor? What kind of jobs do you have?

Yeah basically we dont have like, you know, regular jobs because we are the whole time on tour. So when we are back at home we set up shows, work as securities and so on. We dont have the time for regular job, so that is what we basically do.

Do you have a last statement for our readers?

I just wanna to thank you, personal, for doing this interview with us. That means a lot to us. So if you or any other person who reads this is interested in our music dont hesitate to show up at our show or listen to our record. I hope the kids will be into our music.

Thank You for the interview!