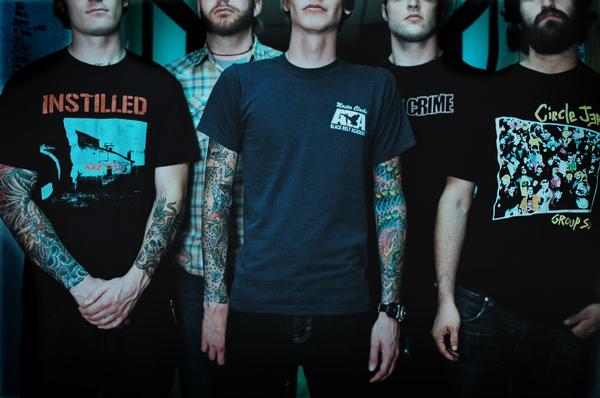 Q: New album: what does the title mean? What is the statement behind “Wolfbiker”?

Josh: It’s kind of an idea…wolves and bikers are bad ass and together they are unstoppable. It’s the idea of not following trends, not giving a shit, deciding for yourself what you want to do whatever it is. This is your life, it’s your decision what you do with it whether positive or negative be it your musical taste, sexual preference or whatever. Honestly, when the term came up when everone was delirious in the band and we talked about all kinds of shit and also what to name the new record, and then it somehow morphed into us coming up with “Wolfbiker”. It was really funny to us.

Q:Can you tell me something about the new record. 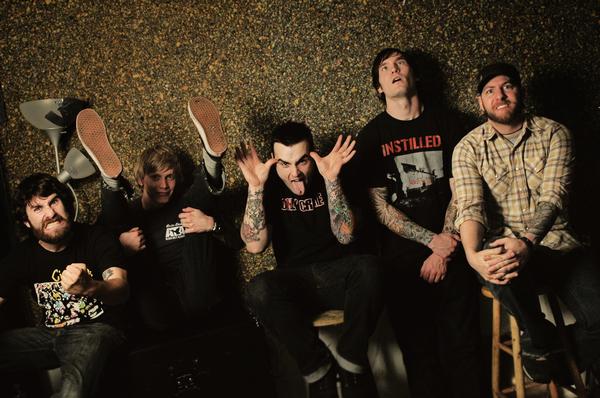 We started writing for it in 2006, but we toured from June 2005 until October 2006 and we only had little breaks and wrote in the breaks. And in November 2006 when we were at home we realized that all the songs sucked. So we kept one song and scratched the other eight songs we already had. But that was good for us because in 2005 we had just got a new drummer and it took some time figuring out the best process as far as writing with him concerns to become a better band. So we wrote and recorded the record between November 2006 and March 2007. And I think it is the best record we have written so far. You can definetely tell that we have matured as a band together concerning song writing, and there’s a lot more influence of bands that we are actually influenced from like Punk, old Punk like Black Flag, Minor Threat and bands like that but also NOFX, Propaghandi, Good Riddance are also our favorite bands. And with Kyle, our new drummer, who is more influenced from those bands than was our old drummer, it made us klick better. We had more energy behind the songs.
The studio was a rack. Recording it was a disaster! There was a gas leak in the studio and a bunch of us got sick for some days, and we had huge problems with our guitars, and a bunch of ridiculous shit kept happening over and over again. We thougth of just quitting, but it ended up really good finally. And it was the first time we had it mixed and mastered at some other place where we recorded it. It was done by Jason Livermore who did the last few Rise Against Records, Lagwagon, Comeback Kid and a lot Fat Wreck Records bands. He did an awesome job, and he heard what we were going for. He brought out everything we wanted to bring out.

Q: How important are “titles” for you? (Chaney Can’t Quite Riff Like Helmet’s Page Hamilton)

Oh, that! There’s a big music magazine in the States called AP, Alternative Press. And for the last record we got a terrible review and the last sentence was “Chaney Can’t Quite Riff Like Helmet’s Page Hamilton but he sure tries to sing like him”. So they were saying we were a rip-off-Helmet! And I don’t know if anyone in this band is a die-hard Helmet fan or would say that we are influenced by them or sound like them. I mean, we expected to be told we were rip-offs of some other shitty Metalcore band, but that didn’t happen and instead we were compared to Helmet and we all found that so funny, we named the song after that quote.

Concerning song titles in general I would say that half of the song titles have nothing to do with the song, and half do. “Bad Energy Troll” just kept saying that line randomly. Usually when writing songs, someone would come up with a riff and we build up on that or I would have a lot of a song written and we would change it around, add to it or so. On this record me, Jason(bass), and Drew(singer) all contributed to the lyrics, and then Craig would writes all of his parts as well. So lyrics come last, and we write them according to the way the song feels or builds. Sometimes we just end up keepin the names of the songs that we use in practice for the record. But then there’s times like with “The Damned” where the title is appropriate for the song, and I think whenever you read the lyrics you can definetely tell what songs have the lyrics after the lyrics or us just funny-naming songs. 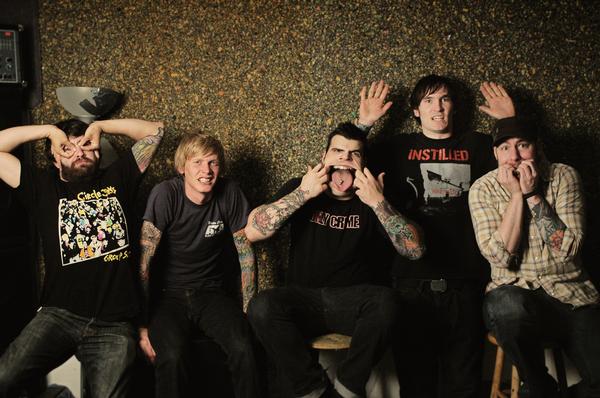 Q:The group vocals on “Wolfbiker”, did that evolve as well out of a group experience?

That was one of those things when Drew, myself and a couple of other people we record the songs at a friend’s garage and then listen to them on a CD player, and we will talk about ideas for the melody. When we then get to the studio it is that we try out our ides, like the gang vocals for examples. And it turned out, that there was quite a bit more of gang vocals than before. With this record we definetely tried out more things, different things, and we wanted more background sounds and gang vocals.

Q: How would you describe your music? It is true I think that one can hardly compare you with any other band! Is that also because of your Punk influence? 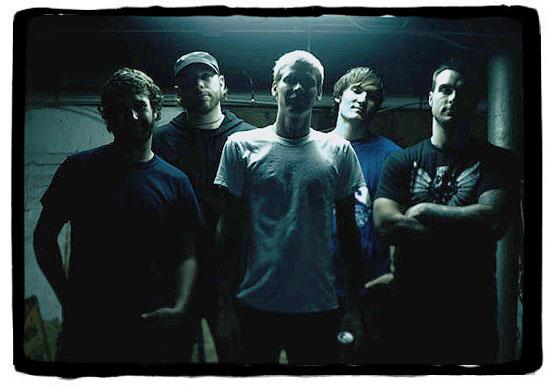 Thank you. I think it is the mixture of it. I mean, we all listen to Hardcore. Definetely myself, Jason, and Kyle we grew up on Punk Rock. And Craig grew up on Jimmy Eat World and stuff like that, but he got into Punk Rock later. We are mixing a NOFX song with a Foo Fighters song, but then we have no talent in singing so we just scream a bunch, and what comes out is this jumbo of Punk-Hardcore-Pop. In the States a lot of people think we are just another Metalcore band.

Q:Well, I think that is quite different here, because here Metalcore is more that Caliban-style of Metalcore. I’d rather call Evergreen Terrace hardcore-ish.

Hardcore-ish! That’s nice. But it’s true that Metalcore in Germany is more Metal riffing. And we have not that of a Metal influence with slaying-dragons riffs. Metalcore in the States is also different. Some would say that Caliban is Metalcore, some would say that Atreyu is Metalcore. There’s so much stupid labelling! A lot of people will only listen to bands that are in the pigeonhole they only listen to and no other music or bands. You know I’d rather be labelled Ska than Metalcore. Skacore! That would be something to be labelled!!!

Q: What do you thin: how are people going to like the record?

Well, my mum probably hates it, hahaha. My brother, who is in Casey Jones, and all the other dudes in Casey Jones, and all the other friends that are honest with us and would tell us if it sucked, they like it. The reaction so far with Metal Blade and our friends has been awesome, and I hope that people will take their time and listen to, and decide for themselves whether they like it or not. We are not trying to please everybody, we are just trying to have fun for ourselves. Like flying in for one show in Europe and then going back. It’s a blast!

KREATOR - Under The Guillotine Box Set