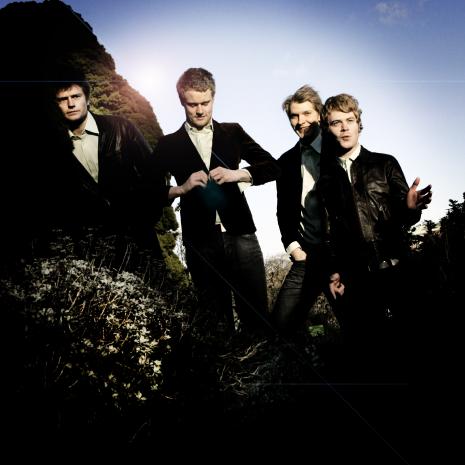 Hey, as usual, please give us a short introduction to the FIGURINES.

Hello! Figurines are four guys from Denmark all living in Copenhagen, but originally from the provincial town of Aalborg in the northern part of Denmark. Weve existed for about nine years, originally only three members, but we got a new drummer in 2001 and the line up has been the same since.

I think its kind of hard to describe our music, but Ill give it a go anyway. On the whole our music is alternative. Weve often been compared to Modest Mouse and Built to Spill. Thats probably mostly the case when you listen to our earliest stuff like for example Shake a Mountain, but now weve got a lot more going on in our music, but I guess yourre probably gonna ask me about that later on

The last part of your Germany tour has just been cancelled. What happened?

Well, thats simple, really! The lead singer of Madsen fell ill in Dresden after our first show with them. I think it was something with his throat or something. So they initially cancelled the two following shows in Munich and Heidelberg and their plan was to continue the tour thereafter. We got to play one of the cancelled gigs. Heidelberg, that was. Then on the day of our second gig in Heidelberg we got the news that they had decided to cancel the rest of the tour since the lead vocalist hadnt become well. Then we headed home. Too bad

Please tell me something about the history of the FIGURINES, how did you guys meet, where are your musical roots?

Christian, Andreas and I (Claus) met in a suburban village called Vestbjerg outside Aalborg back in the mid 90ies. Originally were all guitarists. Christian wrote the material, I knew how to play the drums somehow, and Andreas played the bass, which basically isnt that different from the guitar. It all kind of went by itself back then! I wasnt a real drummer, but that was ok, since we played mainly that slacker kind of indie that we thought was cool back then. Later on in 2001 we found a new drummer, Kristian. He was actually originally a heavy metal drummer! But that was cool though, since we were ready to play tighter and harder.

Back in the day we listened a lot to Pavement, Built to Spill, Sebadoh, Sonic Youth. The American alternative wave of that time influenced us of course. Especially that north-western sound. But soon we discovered some nice bands from Europe as well, especially from Germany. Bands like Tuesday Weld, Hip Young Things, Sharon Stoned, the Notwist. But also other bands from other countries like Bob Hund and Deus.

Your debut album, Shake A Mountain gained pretty decent reviews. Regarding your upcoming release Skeleton has there been any pressure on you in terms of really high expectations?

It really hasnt been that bad! I mean, Ive always been pretty confident in Christians song writing! I think weve all felt that Skeleton was going to be a really good album and even better than Shake a Mountain. Apart from that you may have to consider that this isnt a major release with a lot of money involved. Maybe we wouldve been a bit more anxious if a major record company had spent several million dollars on it! I dont know we just knew that the new record was better!

Well, lets talk about Skeleton. How would you describe the sound of the upcoming cd?

The sound is in general more rugged so to speak! We have worked a lot more with overdrive- and distortion guitars on this album, and its simply just more in your face than Shake a Mountain!

What, in your opinion, is one of the most exciting aspects about the new record?

Well I would have to say that its both the acoustic guitars and Beach Boys-like backing vocals and the nice crisp and dry electric guitars!

Could you point out the main differences to your last album? 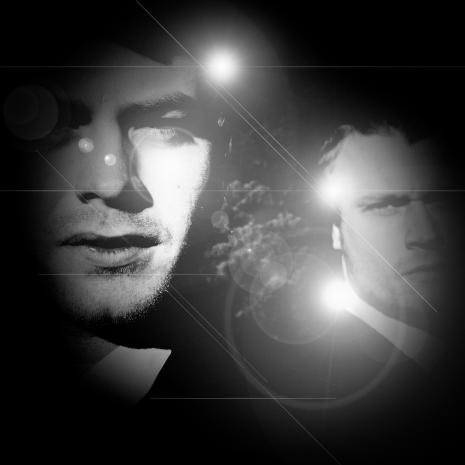 Compared to Shake a Mountain, Skeleton has a wide variety of different sounds. This goes for drums, guitar and bass. Almost every track has its own drum sound. Furthermore weve incorporated different synth sounds as well as Wurlitzer, Moog and so forth. And weve been experimenting a lot more with acoustic guitars and harmonic backing vocals as well. And again, the electric guitars are a bit more rock!! So thats quite a few things that are different from our first album.

How does a typical FIGURINES song evolve, tell me about your Songwriting process?

Usually Christian has been working on some material at home on his own. Christian and I share a flat so I hear a lot of the stuff hes working on at an early stage. Already at this point the process has begun because I usually begin to get ideas about whatever this song should be like. Then we take it to the rehearsing room and present it for the guys, and they make suggestions on what they think it should be like. And then we just work our way in to the core of the given song.

Where do you see the FIGURINES in five year?

By then weve probably just released our fourth album and getting ready to tour Europe and hopefully the US! I dont know! Who knows?!! Nothings really certain in this business! But of course we hope to be able to continue to release records, maybe even on a larger scale with larger budgets, a larger record company, larger amount of records sold! But were always gonna come back to Germany, thats for sure!

What is you opinion on the new pope?

The new pope?!! Well I dont think that even I nor the rest of the guys have any relationship with the pope! Not this pope, not any of the popes! After all were not catholic. And were not religious. Were not a political band, but I must admit that the cardinals and the popes beliefs couldnt be farther away from mine. Theyre extremely conservative and theyre not facing reality. Like for instance their wish to prohibit safe sex! Thats scary 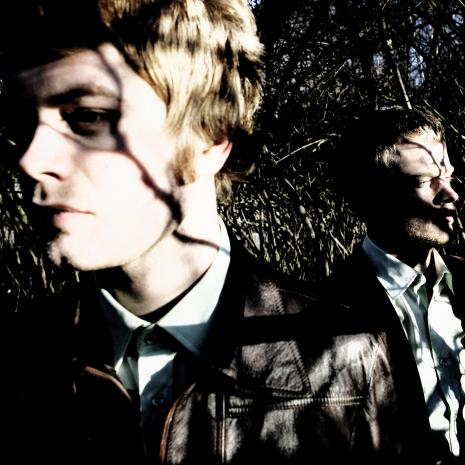 Whats on the schedule for the FIGURINES in 2005?

Well, we have begun to take on Sweden as well. We just played the Popaganda Festival and we have a club-gig in Stockholm in July. And were working on getting to play a few more festival gigs up there. In the fall were planning to go to Germany and make up for the cancelled gigs this summer! Its gonna be a tour with us as the headlining act. And also were gonna do a few more gigs here at home in the fall.

Thanks for interviewing us! See you later. Claus, guitar - Figurines