29.01.2008
Hailing from Queens, New York, Full Blown Chaos is a Hardcore/Metal band well known for their songs of inner-strength backed with riffage that hug hairpin turns and a dynamite-triggering rhythm section. Touring with bands such as Hatebreed, Sick of it All, Terror, Madball, Himsa, Napalm Death and many others, Full Blown Chaos commands insane mosh pits with their intense stage presence and connection with their fans. 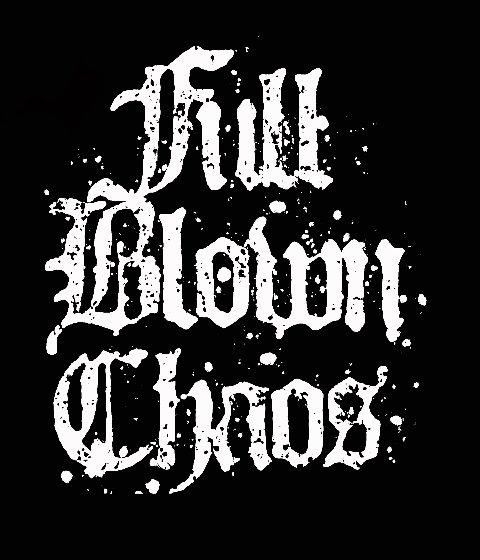 I had the chance to sit down with Jeff Facci, drummer of Full Blown Chaos; as he told me about his background, about the band, and their new album Heavy Lies the Crown released June 2007 on Ferret Music.

Tell us how you got your new bassist.

Jeff Facci: Our old bass player was basically a real piece of shit. I’m going to say it on record: If Ed Conroy ever comes in my presence, I’m going to beat the shit out of him, cause I hate him. You can put that in the interview--please, actually. Basically, we were touring with Agnostic Front and Ed had to step out of the tour for back surgery. So we had our crew guy, Mike, fill in. We toured Canada, and then went to Maine and New Hampshire. In New Hampshire I called up our manager and said, “Listen, we can’t have Ed in the band anymore.” Within that week of playing with Mike in the band, instead of Ed, everything was just so smooth and stress-free. That’s how Mike joined the band, and Ed was kicked out.

Tell me about your tour so far.

Jeff Facci: Tour’s been great. I think this is day six, or seven maybe, I don’t even know. But it’s been going really good—the fans have been really cool. I don’t what else to say about a tour. It’s the same thing over and over again, everyday.

How’s the food on tour?

Jeff Facci: Eating habits on the road are very poor. As you can see band dudes are big most of the time. Lately there have been really skinny dudes, but mostly they’re big guys, because on the road you can’t eat anything really healthy. And if you can, you must have more money than the other bands. Because it takes more money to buy shit that’s good for you, than to buy dollar menu shit at McDonald’s, or wherever else. So be prepared to eat like a fucking disgusting animal while on tour.

Jeff Facci: What fans in New York? *laughs* No, I’d say that the fans in Philly just care a little bit more, because we’re not a local band. Like in New York it’s not fans, it’s more like friends. But in Philly we actually have people that come out that don’t know us in everyday life. It’s cool; I like it. 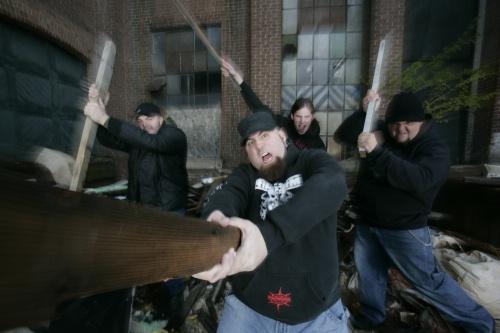 Tell me a little bit about your new album.

Jeff Facci: Well, it’s heavy. *laughs* It’s angry. There’s not much positivity on the record. Lyrically I don’t really know what to say about it, because it’s mostly Ray Mazzola’s stories and what he wants to tell, and I don’t really write lyrics. But I know he’s pissed off at a lot of people and he wrote songs about a lot of those people. Musically it’s probably the most metal album we’ve ever done, but we still have hardcore aspects to it. Some people beg to differ, but I say that the record is pretty well balanced between hardcore and metal. It was produced by Billy from Biohazard. I mean that right there is enough in the hardcore world to have the hardcore touch in your music. It was really a lot of fun to write and make, and I’m really happy with the way it came out.

How does it compare with your past records?

Jeff Facci: Like I said, it’s more metal than our past records. It’s more similar to our older stuff than our last record before this one. That one was really rushed, and a lot of songs weren’t finished the way we wanted them--it had to be put out in time for Ozzfest. I think, personally, our new album is comparable to our older stuff. There will always be people saying, “No, it’s not like you older stuff. Play the old stuff!” But I don’t want to play the old stuff. I like the new stuff.

So tell me about the rest of your tour and what you plan to do after your tour is over.

Jeff Facci: We worked our way from Chicago, to Detroit, to Cleveland, now we’re here in Philly. Then we head down south into Florida, and then we work our way up through Texas and into and through Cali for a few days. They we work our way back through the Midwest and end up with our last day in Boston on December 22-- a few days before Christmas. So it’s going to be a long, cold run, but its fun--It’ll be good. And what I plan to do when I get home is nothing. Sit around and sleep and watch movies. That’s about it, really. Hang out with my family. Maybe write some more music. I don’t know. Maybe get a job. I never know what I’m going to do after I get home from a tour.

So you don’t have any tours scheduled after that.

Jeff Facci: Not after this one, no.

And no plans to record anything else?

Jeff Facci: Not any time soon, no.

Let’s talk about your video.

Jeff Facci: It’s almost done; we did it a while ago. It should be airing on Head bangers Ball soon.

Tell me a little bit about it.

Jeff Facci: It’s for Halos for Heroes. It’s kind of like a mafia movie in a way. We had a bunch of actors come out and we filmed it in New Jersey in some abandoned mental facility--some haunted joint. Basically, the story is that this one guy was with the mafia boss’ daughter, and he fucked her up, beat her and what have you. The two hit men then find him, rough him up, throw him in the trunk, and bury him--it kind of goes with the song which is “don’t fuck anyone over, or you’ll get yours.” It’s a pretty cool video. I’ve seen it, and it’s going to be pretty sick.

Do you believe in karma? 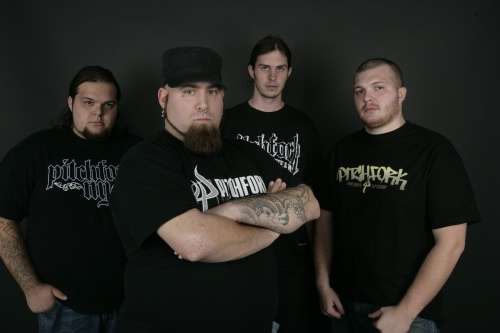 Jeff Facci: I don’t know. The song’s written by Ray, so it’s what he believes. I just play the drums--and I play them good (scratch that out of there *laughs*).

Tell me about the Reverend.

Jeff Facci: Ray’s the reverend. He took a course online and got a certificate. So if he wanted, he could marry people. It’s kinda pointless in a way. It doesn’t really serve any purpose for the band, or him I imagine. I don’t see the big hooha in Ray’s being a Reverend. It’s kinda funny. He did it because he wanted to help people. *laughs*

Or it could be for premarital sex, so he can marry people before they do the deed.

Jeff Facci: Yeah, we can go with that, too. You can put your imagination to it. Ray being a Reverend is blank to you. What does it mean to you? That’s what I want to ask you people.

Do you have anything else to add?

Jeff Facci: Buy our new cd now. It’s good. And you’ll like it. It’s heavy, and it’s moshy, and it’s…. I’m trying to make the interview fun here! *laughs* Yeah, just go buy the record. It’s on Ferret Music. It’s called Heavy Lies the Crown. Just check it out. Don’t down load it. Or do, I don’t really care. Just come out to a show and have a good time.