01.06.2008
After releasing a 4-track-demo you have right now released your first full-length record via Metal Blade. Are you satisfied with the outcome and how have been the reactions so far? 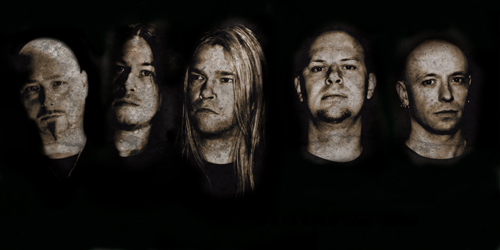 Were happy as hell ourselves about the release and support so far! Of frost and war receives a huge amount of positive reactions and many magazines labelled this album a classic one already! So thats really cool!

Although some magazines have already written about Hail Of Bullets as the next big thing concerning the Death-Metal-genre - are you still surprised by the positive reactions and the huge interest in the band?

Because the expectations were high, we felt some pressure to come up with a devastating album! For us this pressure gave us the necessary 200% we needed. We could only hope that we would receive great reactions, but didnt expect the massive support we get right now.

When did you decided to get seriously started with the demo and than afterwards with the record? How hard was it to find a label?

When the band was founded, it became clear that we had (and still have) a lot of riffs and ideas. So within a couple of months we had written the four tracks on the promo/demo. Frankly it wasnt that hard to get in touch with (major) labels. Right after the birth of Hail of Bullets labels already showed their interest. It feels good to get this major support and from MetalBlade. 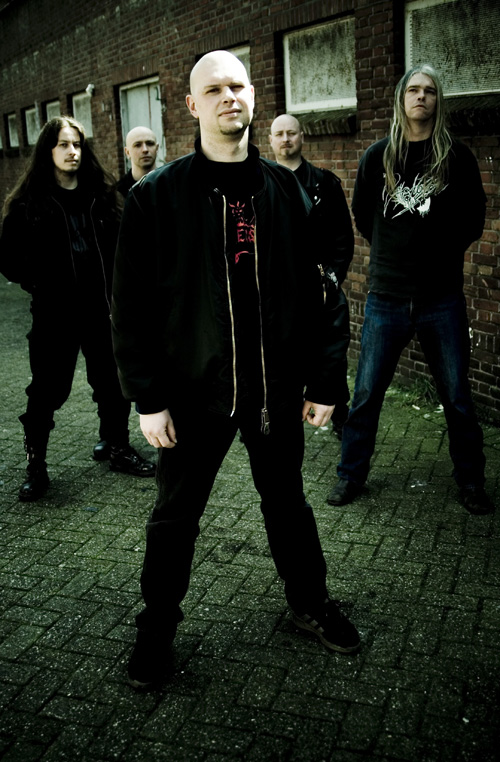 How hard was it to combine your normal band-activities with Hail Of Bullets? Where do you set your priorities?

Were using a yearschedule with all involved bands to avoid double bookings. Mostly we make use of a first-come-first-served policy, so in fact there are no priorities. Often shows are booked many months for the actual gig, so it aint that hard to combine the bands schedule.

The concept of your record "Of Frost And War" is quite provoking concerning the topic about the second World War. Can you explain to us why you have decided to write a record about this topic?

I cant see why its provoking. In this conceptalbum only historical facts are used. Martin read a lot of books, mailed insiders, searched the internet etc. to verify his information. Besides that, numerous books and movies are made about this subject. Every year around the celebration of liberation were overwhelmed by documentaries and movies. So I cant see why some people make commotion about the lyrics. There are a few narrowminded people who are stressed up when a band with three bald guys make an album about war. Ha! Ha! The music feels like to be run over by a 50 ton Tiger tank. So the lyrics and music are a perfect combination!

Concerning the production of your record one can hear your liability to the typical Old School-Death Metal sound. How do you fell about all those clear and perfect productions of many other more modern metal bands?

For myself speaking. Some nowadays-overproduced and too tight produced albums aint my cup of tea. I rather like the aggression and the rawness in the sound, which gives the band something unique. Thats whats real metal all about in my opinion.

I guess it is hard to get to tour with such a band like Hail Of Bullets, concerning all your other bands you are still playing with. Are there any plans for a short trip through Europe?

Of course we want to make a (small) tour this year to promote our debutalbum. So far we received some touroffers yet. After the summerfestivals Hail of Bullets expects to leave a trail of destruction through Europe and maybe the US.

You have the last word!

Thanks a lot! Hope to see you guys and girls at one or more Hail of Bullets shows this year!
Stay tuned at www.myspace.com/hailoffuckenbullets.