Casey, I play guitar for Hawthorne Heights and sing

Q: You play with three guitars, quite unusual for an Emo Band: 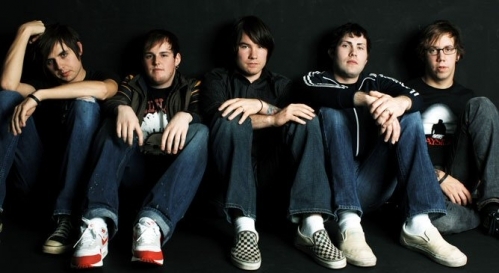 Casey: We used to be in another band an I just sang in that band but I said I wanna play the guitar and not just holding the mic. I used to play always guitar so why not. But it is really quite unusual

Q: What are your Main Influences?

Casey: We listen to a lot of different things, definitely bands like Jimmy Eat World Taking back Sunday and something like that. We also listen to old stuff like the Beatles or heavy stuff like Iron Maiden

Q: What about Fugazi?

Casey: A couple of guys listen to them, but I have never got into them.

Q: What do you think when people say your actual new record is like a Tribute to the Mainstream?

Casey: I would not say it like this. I think there are even more heavy songs on it. We tried to write better songs and make the flow better.

Q: Who is responsible for your Artwork? You do it yourself?

Casey: No, we dont do it! Pretty much victory/the label have graphic designer who we give our ideas to and they try to give their best

Q: Who is responsible for the Songwriting?

Casey: All of us write the songs.

Q: Where do you get the Inspiration from?

Casey: Touring, we get most of our inspirations on tour.

Q: Did you expect such a success a few years ago?

Casey: No really, we didnt expect I mean we wanted do it for the living. Being fulltime musicians is really great for us. We are really happy where we are now.

Q: Emo as a genre is becoming more and more popular. There are many Bands who try to sound like Taking Back Sunday, for example. What do you think about this?

Casey: I dont know music comes in phases; one band becomes popular and another band does it like this band. Its like all this throw-back bands; there are bands who sound like Led Zeppelin. I think it is just a phase nothing special.

Q: You got many reviews for your first record The silence in black and white and the most written opinion on it was that it has nothing individual and ..

Casey: Every time we get a review like that its someone who does not listen to the type of music we play, I dont even know what they listen to! Anyways we write the songs that we wanna write and we make the music we wanna make it. Thats like me saying that Dr. Dre sounds like every other rapper for me because I dont listen to rap!

Q: Okay, may be I can ask you some questions concerning your label Victory Records?

Casey: At least you can try it. But well try to answer as much as we can.

Q: Okay, who was in the end responsible for this Save the Rock and buy our record letter?

Casey: The Label! But the bigger part of the matter is that he (Terry; Labelboss) released and wrote it without asking ask and he putted our names under even if didnt read it. We didnt write anything on it.

Q: You didnt have the chance to pass it away from your website?

Casey: No! We had no chance to do anything against it!

Casey: (Laughs) Yeah, I know it! Our Tour Manager Scott (Andrews) used to play in this Band for a short time.

Q: How is the work with you new label Warner Music? There are many bands like Boy Sets Fire who really had big problems with their Label and changed again to an Indie. So what do you think? 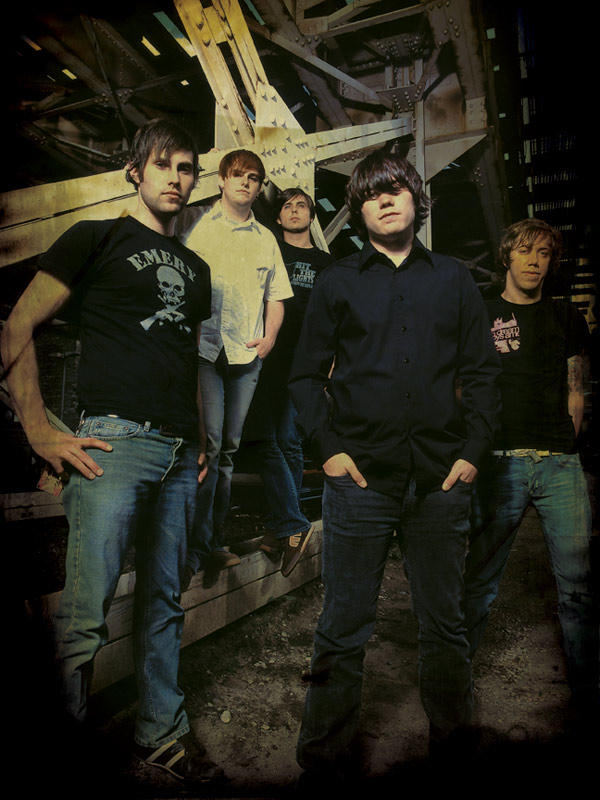 Casey: I dont know weve never been on a major I think there are problems with majors and Indies. Weve got and still have problems with our so called Indie-Label. Anyways I think it depends a lot on the people who work there.

Q: You see a chance that this conflict with Victory will end without a judge?

Casey: No chance ! Although we dont exactly know whats going on now because we are all in different countries now but well see whats happen next. In the end well go to a new label and thats it.

Q: You became quite big in the USA. You sold 1 mio. copies of your two records, your videos are played on MTV and so on. So, who is it now to play in Germany, a country where your music is quite unknown and tonight you will play a really small show. What do you like more, small shows or bigger shows in front of thousands of people?

Casey: I like both of it, it various it up a bit. Its a small a are the kids will get mad and you can hear them singing you can see them singing it is a really cool experience

J.T.: Im sure the show is going to be great fun, its a small room and hopefully the kids will like it

Q: What do you expect especially tonight because its your first show in Germany?

I dont know weve never been here in Germany we dont know how the kids will react and so we are excited we try to play who we play and well try to feed up the crowd a little. Weve heard many stories about Shows in Germany and so were really looking forward to play tonight.

Q: Are you planning a new record?

Q: What do you think about this whole Christian movement in HC? There are bands like Underoath and so on those really have a strong belief. Do you think you can relate to those bands?

Q: Okay, I havent got any more questions, so do you have any last statements?

Casey: Whats with? Nothing to say J.T.?

Casey: Were really looking forward to be here! Were going now to a bunch of new and different countries and so we are excited about the reactions!

Q: Okay! Thanks a lot for the interview and well see tonight!