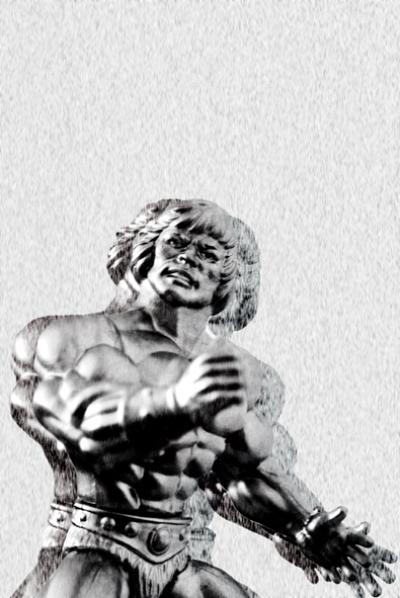 Please tell me a little bit about the history of Moving Mountains to give our readers a short look into your band.

Moving Mountains was started in 2005 by Greg and I. He was in his last year of high school and I was about to leave for college. We were young and Pneuma was our first record. Basically, Greg wrote all these songs and needed a drummer. After we released Pneuma we sort of lived in the internet music world without having ever played a show. It was a studio record. Frank and Mitch joined not long after and we started playing shows. Then we wrote Foreword together - a long 4 song EP. We toured on both records for a long time. About a year ago we started working on Waves, the first full length record we've ever written together.


Your new album “waves” is going to released in germany soon. Please tell me something about the writing and the recording process.

It took a long time to write, over a year. As a band we work a lot over the internet so Greg would send us demos for us to listen and write to, usually one or two at a time. Before we started recording we'd get together to rehearse the songs a bit, and see how they flowed, but we continued to write quite a bit once we started recording.


What is the lyrical story about “waves”?

Can't comment too much because they're Greg's lyrics, but in short it's about loss. One thing I know he tried to do lyrically was be as straight forward as possible. Our older albums are very cryptic and metaphorical while Waves is more upfront about it.


Your music is full of fine details and transports a lot of atmosphere. How long does it take to write a typical movmou-song until it is finished?

There is no "typical" process or length of time for writing any of our songs. Generally it takes a while until a song is completely finished. A lot of it is written while we're recording, and nothing is "done" until the CD is mastered. We tend to work till the last minute.


“Waves” was my first contact with your band and when I started to listen to your music I thought that it is a great combination between emotional rock/ hardcore of the late 90´s like the whole deep elm stuff and much modern sound of post hardcore bands like Thrice and Thursday.
So, what is your biggest musical influence?

Thursday is definitely one of them. Both in terms of the records they make and their live performance. I think I speak for all of us when I say we try to embody their live show in ours. There are also bands like The Velvet Teen who consistently make some of the most amazing music album after album and are constantly progressing. I think thats something we aspire for in Mov Mou - a constant progression. We never want to corner ourselves in a genre or keep writing the same music.


On your track “the cascade” you have worked together with Kenny Bridges of Moneen. Please tell me something about this collaboration?

We toured with Moneen in 2009 and became really close with those guys. When we were working on that song Greg suggested having Kenny sing the chorus. I thought it worked well having another voice because of the lyrical nature of the song.


I did a little research in the internet about your band and I had to read that you have never been on tour to Europe. Please tell me why!

I wish I could give you a good answer. We've been wanting to get over there for years, it's just been tough for us to actually make it happen. The logistics just haven't been quite right yet. We have a Euro agent now though so next year something will work out.

I'm not, but I know Greg doesn't like flying. The food would be the best part! We're all big foodies.


In this year many of the old bands like By A Thread, Small Brown Bike released new music and even more bands like Braid, Sunny Day Real Estate or Further Seems Forever celebrate their reunion. What do you think about this and do you believe that the whole musical EMO-Postcore scene is going to change back to the more traditional thing, i mean away from these weird haircuts and make up thing?

I think its great bands like these are getting back together. At the same time I don't think the scene will, nor should it, ever revert back to a specific time period. Even though these bands from 10 years ago are getting back together they're making new music. As far as makeup and weird haircuts go, that stuff is always a fad that comes and go's.


What would be your favorite reunion?

At the Drive In.


So lets come to the end
What can we expect from Moving Mountains in the near future?

After we finish up Warped Tour we'll be doing a six week US tour in the fall supporting Thrice. After that we'll likely take some time off and start working on some new music. We don't want to wait nearly as long as we did to put out Waves for our next record. We also have a music video for "The Cascade" which should be released by the end of the summer. Good things all around.