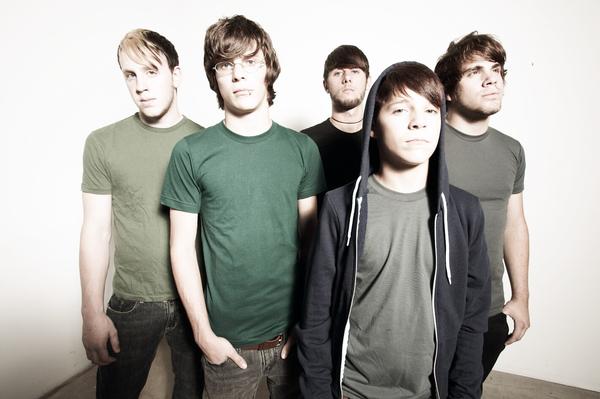 Please tell us your story about the Epitaph Signing?

Well, it's not too long of a story but us and our manager sent a few demos out to a couple labels and Brett from Epitaph really dug what we sent him. From there we talked to him on the phone about what they had to offer and what our plans as a band were. After that it felt right to sign so we did.

To which other labels did you talk to? Why did you choose Epitaph?

Since our deal with Epitaph moved so quickly we actually didn't end up going into talks very far with any other labels.

Your band members are all pretty young. How old are each one of you right now? I would also like to know to which bands you started listening to being introduced into the HC scene?

Right now I am 19, our bassist Woody is 21, our guitarist Colin is 20, our drummer Tim is also 19, and our vocalist Trevor is 14.
I think we all were introduced into hardcore music with different bands. The first band I ever listened to with any screaming at all was Finch but the first metal album that I really got into was Frail Words Collapse by As I Lay Dying.

I suppose, most of you are still going to school. Where do you set your priorities regarding music and where do you see the future of OUR LAST NIGHT?

Well, all of us except Trevor are out of highschool and Woody is doing some college courses on the road. Trevor does all of his school work online. Our plans are to be touring as much as possible and we will take this as far as it brings us.

What is your opinion on Christian bands, putting their believes in the forefront of their music?

I think it's awesome for anyone to put their beliefs in the forefront of their music. A lot of my favorite bands are Christian bands. Although I do think it's really lame to really push beliefs on kids like it's the "right" thing, which not many bands do but I have seen it before.

What would be the three most influential bands / records for your music?

That's a really tough question but as far as biggest influences on how I play guitar and write songs...
Underoath - They're Only Chasing Safety
Boys Night Out - Make Yourself Sick
He Is Legend - I Am Hollywood
...are the first that come to mind.

With two brothers taking over the vocal duties, how is the chemistry within OUR LAST NIGHT?

Very brotherly, haha I don't know. I guess it is the same as it would be with any members.

It seems that your past members on drums and guitar had always been a pair of brothers. How comes?

There's no reason really it's just how it always worked out. We would ask someone to play guitar or drums and they just had a brother that could play too.

Do you plan to tour Europe and especially Germany?

It would be amazing to tour Europe, including Germany. It is definitely a goal for us in the future.