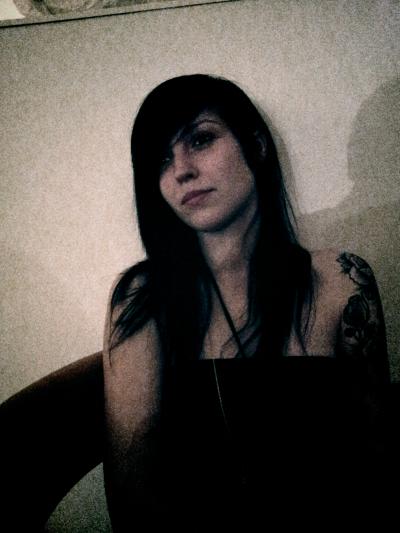 24.11.2010
Please introduce yourself and tell us something about your band.

I’m Stijn Borgers, I play guitar for Poison My Blood. We are releasing our sophomore record on November 5th through Let It Burn Records!

There are only a couple of weeks left before the release of your new record “The Great Northern”. Are you exited and do you receive already some reactions or feedbacks?

Yes we are more than exited! All the hard work is finally coming to a result and that's really a great feeling!
We already got a few reviews and they have all been saying very nice things about the album so at the moment all the feedback has been very positive. It’s still a bit early though since not a lot of people have the album already.

Did there anything change in your band or your sound since your debut album “Monuments”, which was released in 2008?

We still have the same line-up in the band as we did for “Monuments”. However when we recorded “Monuments” Tim (drums) and Tom (bass) were still very new in the band. They had joined the band a few months before the recording of “Monuments”. A lot of the songs on “Monuments” were not written with them in the band and that definitely made a difference.
So obviously Tim and Tom’s presence in the whole writing process of “The Great Northern” makes a big difference. We also took a lot more time for writing songs and thinking them through. For example: We did pre-production ourselves which gave us the opportunity to try out things and mess around before we hit the studio.

In my opinion your music sounds a little bit like bands as Poison The Well. Do you have any idols or musical influences from other bands?

Well that sounds like a compliment in my ears, so thank you! We don’t really have any specific idols or we don’t really intend to sound like a certain band though. But it’s only logical that you get influenced by other bands and other music. We don’t all share completely the same musical taste either, which makes writing songs very interesting because we’re mixing all these different ideas into one.

What are the main topics of your songs? Who is writing the lyrics and what are his inspirations?

I have been writing all the lyrics for the band since the start even though I’m not the singer. And I guess it works because it hasn’t changed so far.
The topics of the lyrics are going from anger and agony to melancholy but at the same time they are about hope. The inspiration for the lyrics comes from personal experiences but also from things I read or see somewhere and I can relate to in some way. So that also means that the lyrics are very open to anyone’s personal interpretation.

Can you describe the process of recording for your new album? How was the collaboration with Pelle Henricsson and Eskil Lövström?

The process of recording “The Great Northern” was different than what we were used to. Most of the time a recording process is pretty much standard; you start with drums, then bass, guitars, vocals, etc.
At Tonteknik we were stationed in a large wooden barn in the middle of nowhere in Umeå. So since we had enough space, we could separate the area in different recording stations. For example; a drum recording station would be in one room and somewhere else we would have a guitar recording station and in the hallway we would have a bass rig set up. With all the gear being ready to record we could switch instruments very easily. This caused us to be very much involved in every recording process and in every song. Every minute of the day we would be listening to someone recording or recording ourselves and that made sure that everyone was 100% involved with everything.
Pelle and Eskill also had an exceptional feel for music, whether it would be metal, hardcore, punk or pop music. They definitely made sure that this record kept its true character and didn’t turn out to be another perfectly polished metalcore album. Both of them were very relaxed people to work with but at the same time extremely focused on the music.

For your new record you signed to Let It Burn Records. Are you glad about that? Whats this collaboration like?

We are very happy to have signed with Let It Burn Records! It’s very nice to work with them since they have already put out some great bands in the past. They put a lot of effort in promoting their bands and that’s probably one of the most important things a label can do nowadays.

Do you like to tour around and is there already anything planned? Do you have any funny story from a show you can tell us about?

We love to tour! I think it’s one of the best things you can possibly do when being in a band. We should be doing a tour around Germany after the release of the record and if all goes well we should tour around Europe and the UK somewhere in 2011 again!

We played a festival in Germany called Raised On Rock Festival. There were these flamethrowers on the stage (pyro's) which would shoot fire upwards.
Some guy comes up on stage to stagedive and he is just standing around and hesitating to jump. When all of a sudden the pyro shoots out a flam and his arm catches fire. Luckily finally diving of the stage put out the fire and he wasn't injured. But that was pretty crazy (awesome).

What do you expect from the future of Poison My Blood?

Check out our new album "The Great Northern" and come party with us at a show!