16.09.2006
To start with, please give us a short introduction of PROTEST THE HERO. How did you guys meet each other?

protest the hero is the same band of nitwits who met as bored pre-teens in a canadian suburb. the band has never changed members and is bound for life, which makes us all feel like we're involved in a failing polygamist marriage.

Please tell us something about your first Releases on Underground Operations? 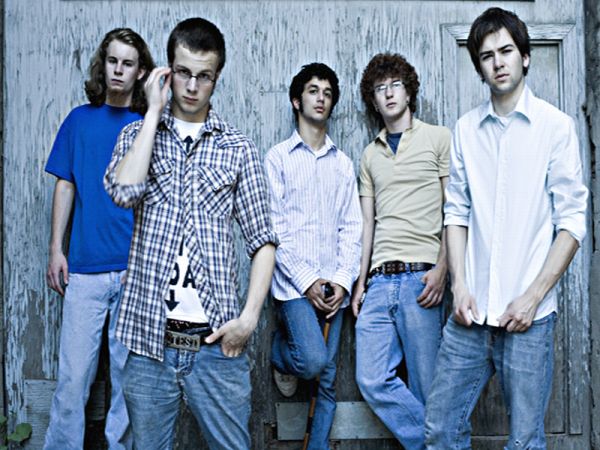 we recorded a 7'' for the Underground Operations label when we were too young to know any better. if anyone cares to hear 15 year-olds trying to play politcally-driven thrash-punk, send them towards our older material. i'm sure the songs are floating trash in cyberspace.

Is it right that you started as a punk band?

we think growing up listening to Propagandhi is probably self-evident in our music. without being able to define punk rock, a lot of people seem to hear it hidden in our songs.

What made you change your sound? What have been your major influences in this musical evolution?

nothing made us change our sound. we've never tried to sound like anyone else, because that would degrade the originality of our favourite bands. there has always been a consistent effort towards musicianship which is inspired by our love for pure shred.

How would you describe your musical style on "Kezia"?

a sincere attempt to bridge the gap between melody and aggression.

How did you get in contact with Vagrant Records?

the people at the label showed interest in releasing our album internationally (with the exception of Canada). after meeting with a few other labels, it became obvious that Vagrant Records had the best vision for our career.

There are currently a lot of Bands from Canada, Ontario like ALEXISONFIRE, BILLY TALENT, MONEEN, BOY NIGHT OUT, SILVERSTEIN hitting it big. How would you explain the current success of all those bands form Ontario?

there is a lot of attention focused on Southern Ontario. the more people are interested, the less reluctant American labels become in releasing those albums. with a little bit of luck and a lot of talent, the bands mentioned are paving the way for even more Canadian acts to have a presence in the United States ... acts like us, for example :)

"Kezia" is a conceptual album. What can you tell us about the story line and the characters you used?

Kezia is a vignette of young life held at the mercy of a firing squad. it is told from the seperate perspectives of the accused, the executioner and the priest. each is faced with a moment of clarity, and the album examines the interal struggles of those involved as they come to accept what lays beyond the trigger.

Is it true that Dostoevsky had an influence on the concept on "Kezia". Which of his work exactly did inspire you?

two of the characters are loosely based on Father Ferapont and Father Paissey, who appear briefly in Dostoevsky's 'the Brothers Karamazov.' the main character, like so many of Dostoevsky's great heroines, is of strong will and weak body. my favourite Dostoevsky is a short story from his earlier works entitled 'the Crocodile'

As the production for "Kezia" began in late 2004 and the record hit the shelves the first time in August 2005, you are probably already working on new material. What can you tell us about it? How does it sound like and is there already a release schedule?

the band hasn't stopped touring since February. it's not easy to piece together new material on the road, so we have many riffs but no songs to support them. the next album will be, lyrically, a new concept album unrelated to Kezia and, musically, a deeper investigation into the sound and style of the last record.

What are you doing besides PROTEST THE HERO? Are you still going to school?

all we do is Protest the Hero. we tour for ten months our of the year, and rehearse the remaining two. if our band falls apart, many of us have plans of going back to school. we'll see, i guess.

this Fall we are doing North American dates with Avenged Sevenfold and later with Trivium. afterwards, we are taking time off the touring schedule to begin writing our new record.

Are there any plans on touring Europe and especially Germany?

it has always been a goal of the band to play in mainland Europe. there is nothing confirmed yet, but i am willing to guarantee a trip overseas in 2007. no trip to Europe is complete without an extended stay in Germany. so look out for us!