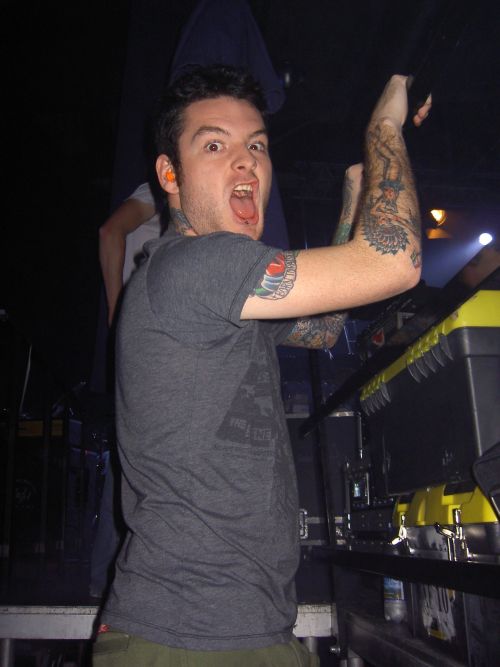 I was introduced some years ago to SENSES FAIL and your first EP. I was told to listen to the song Steven and that you do really sound similar to THURSDAY. Have you been compare a lot to them in your early years?

Yeah in the very beginning we were compared to them a lot mostly because we are both from New Jersey. But they are one of the best bands out there right now and one of the most important to me when I started a band. So it is flattering to be compared to them.

From the Depths of Dreams was re-released via Drive-Thru in 2003 and you sold more than 250,000 copies till today. How did you experience this success?

It was very weird. We really didn't get our shit together until about 2 years ago. When you have that kind of success at an early stage it either goes to your head or you just don't pay attention. it most certainly didn't go to out heads in any way because that is not what we are about. But it did take us a little while to realize that people liked our band and how to respond to that.

Why did you change labels and signed to Vagrant Records? 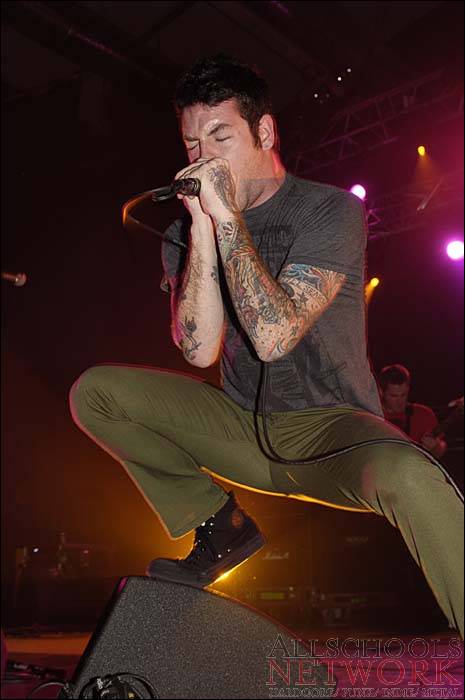 Drive Thru Records became part of Geffen. Geffen wouldn't put out our record unless we went back into the studio to try to record a radio friendly song. We didn't want to do that.

You have been the first time in Germany in 2004. You played a couple of shows with your label mates FROM AUTUMN TO ASHES, MONEEN and EMANUEL. How did you experience Germany?

It was fucking amazing, it was my favorite place in Europe by far. The food, the beer and the women are fucking great. I can't wait to come back.

Do you have an interesting tour story to tell from those shows?

There was one show in Colonge, where after we were done it turned into a dance club. But it wasn't just a dance club it was a metal/hardcore one where they played all sorts of great music. We all hung out there till about 4 am and got wasted, it was a pretty awesome time.

Two years after Let It Enfold You you are going to release Still Searching. What can we expect from the new record?

It is above and beyond anything we have done before. It is really something we put all our hearts into and hope that people will be into it.

For what are you still searching?

It has been release in the States some weeks ago. How are the first reactions?

I think the reaction has been amazing. All of our fans seem really really into it and agree that it is our best record yet. Also the reviews have been really good as well.

What do you think about those upcoming bands bringing a lot of make-up and fashion into the hardcore scene?

I think it is really depressing, because hardcore is not supposed to be about image but about heart and about struggle. the reason why it started was to counter act the obsession british punk rock had with image and this new stuff is just destroying what it stand for.

I know you guys have some tattoos like the one on your chest which says "follow your bliss". What other tattoos do you have and do they have a special meaning? 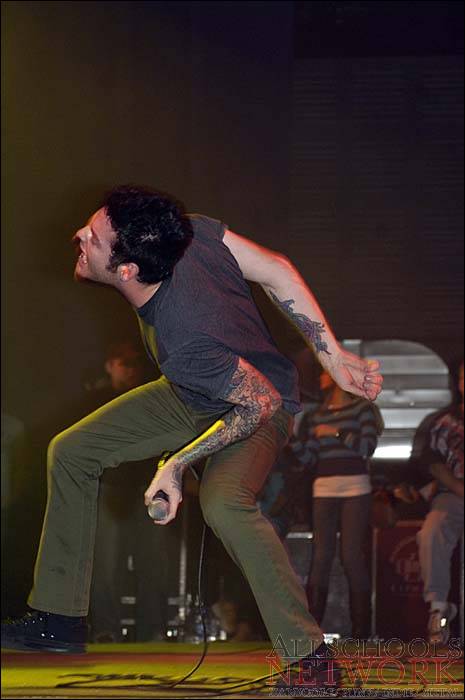 Yeah they all me something different to me. I have one on my leg that is a panther eating a girl, a duck with a cowboy hat saying "fuck of", a grave stone. I have a ton. I think about 22.

Youre coming back to Germany in November, playing the Taste Of Chaos Tour. I would like to ask you for some statements concerning your fellow bands. What do you think about TAKING BACK SUNDAY?

I think they are great. they are a band that doesn't get enough credit for how hard they work.

Are SENSES FAIL a political band in any way? What do you think about the political statements of a band such as ANTI-FLAG?

Those guys are so great. Very rarely do people ever stand behind what they believe and those guys do 100%. I respect that band so much.

UNDEROATH are considered a christian hardcore/screamo band. What do you think about the way they express their beliefs. There have been a lot of reactions to their Warped Tour showsand you are also considered as being very spiritual..

We are not spiritual in the way Underoath is at all but just like Anti Flag they stand behind their beliefs 100% so I respect them completely.

Last one, SAOSIN. What do you think about the record and the band?
I think that record sounds amazing and Cove has really become a great fucking singer. we have know those guys for about 3 years now and I just excited they finally have a full length out now and can really start getting out there


Are you only playing the European Taste Of Chaos dates or are you on other legs as well?

Yes, we are on the whole tour.

Youre now 22. What are your future plans?

To do this band till i can't do it anymore.

How long do you think you can keep on doing this?

As long as people will listen.