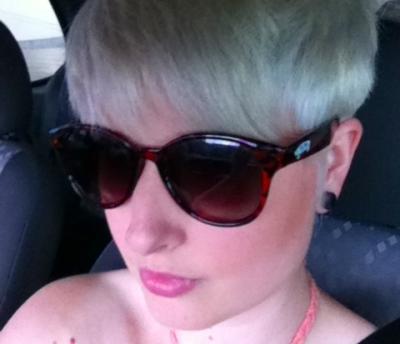 Your on tour with SIGHTS & SOUNDS again. How do you feel about that?
Andrew: I feel pretty good. We've been up about 2 weeks now and it's been a pretty fun time. These guys are kind of a wild bunch but we're keeping each other in line, so it's all good.

After all these years of touring, do you still enjoy it?
Andrew: Yes, I really enjoy touring. And I go crazy when I am at home for too long. It's just the lifestyle that I've been doing for the last….ah forever (laughs). Since I was 18, I'm 32 now, so it's just the lifestyle I had for so long, it's a second nature.

Let's talk about the new record. You released a new EP a few days ago. Can you tell me something about Silver Door? What is it about?
Andrew: It's kind of just a collection of songs we've been working on for the last year or so. We haven't done too many shows last year and I was touring a lot with my other band Comeback Kid. And in between the tours we started recording some songs. We recorded more songs than the ones who ended up on the EP and it was kind of recorded in our friends basement, in rehearsal space and at a couple of different studios. It is always a very different process every time, so Silver Door is a collection of some of those songs. We weren't really sure if we gonna release it or how we gonna release it. But than a few tours came up like this one and a tour we do in Canada after that, which started to be a good opportunity and we had a couple of labels that were interested in putting it out. It took a long time to make the record just because it was really spread out.

Are there any differences between Monolith and Silver Door in your opinion?
Andrew: Very different records. Monolith was produced by this guy named Devin Townsend. Who's like this amazing super producer, one of our favorite producers. Silver Door was done by friends and we produced it ourselves. It's a little more stripped down, maybe more like a rock vibe and a little less experimental stuff. I would say it's a little bit more melodic and maybe a little less heavy than Monolith. We were always a band that liked changing and the one main thing about us, I think is that we really enjoy singing and creating harmonies and building melodic layers and stuff like that. I guess that's the vibe that´s staying through SIGHTS & SOUNDS.

And what are the plans for the future?
We just gonna do this tour, we have another tour coming up after this. I have a Comeback Kid record coming out in Febuary or March, something like that. We'll be touring with that. With SIGHTS & SOUNDS I think collectively we haven't right talked too much about it but a big goal will be to release another full length after this. Hopefully the next full length will have a clearer view of what we're trying to make, because this EP occurs almost by accidents.

What have been the influences and inspirations to create SIGHTS & SOUNDS?
Andrew: Just playing music and hanging around with these guys in the band. We're really good friends, room mates, we get together as just best friends. I think any band, even when you start a band, can have a very open platform and you can do whatever you want. We've kind of put ourselves into a position where we can write different kind of songs. It's in a certain direction but it allows us to be a little bit more free with song writing. I try to separate music with the bands that I do and try to give them different names for different things that I'm involved.

You are playing in one band with your brother Joel. How harmonic can that be, or not?
Andrew: How much harmony?
Yes.
Andrew: (looks to his brother, who is sitting in the back of the wardrobe and laughs) We are living in perfect harmony! We have like big brother disputes. Big and little brother disputes. We probably like to get on each others nerves sometimes (chuckles). But we're best friends and really like each other. We're in a band together and hanging out but we definitely have funny moments and I think the other guys in the band like to laugh about this sometimes (the other band members in the room laugh). It's more humors than anything serious.

Thank you very much! Do you have any last words for the readers of the Allschools Magazine?
Andrew: Thanks to Allschools for having us in the magazine and supporting us. We will probably be back in summer 2014 for a headline tour in Europe. Thanks!