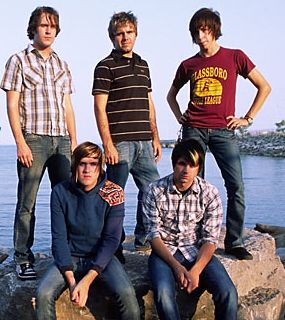 How is it going for SILVERSTEIN right now? Your new album,  Discovering The Waterfront just hit the stores, is there a lot of pressure on you in terms of exceeding the success of  When Broken Is Easily Fixed?

Shane: There's definitely more pressure than last time, but we just went in and made the best record we could. We weren;t too worried about it.

What can your fans expect from the new album. Where are the differences between  When Broken Is Easily Fixed and  Discovering The Waterfront?

Shane: We didn't do anything crazy on this one. It's not a radical departure from "when broken". I think the songs are better, the production is way better, and we definitely made a much more focused sounding record. I think it flows a lot better than When broken.

Im pretty sure that one or another new song did already receive air play  how was the fans reaction to the new material?

Is there a meaning behind the title,  Discovering The Waterfront?

Shane: It all ties into the Lyrics and Artwork. The Cover depicts a guy struggling between what he knows to be bad, and the unknown. The Waterfront is the unknown. A lot of people in fife stay in bad situations because they are so scared of the unknown. 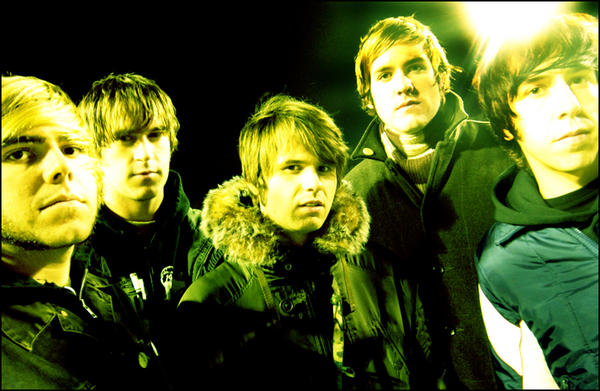 There are a few metal tendencies audible in your sound, but generally you stick to your sound and polished it. There are a lot of bands jumping on the metal wagon at the moment. What drove you to the path you chose?

Shane: Well, we are definitely not a metal band. I think Neil and I have more metal influences than most people so it shines through. All I listened to was Slayer for a whole year once.

Who is responsible for the production of the album? It definitely has a big sound.

Shane: Thank you. It's all Cameron Webb our producer. He is amazing.

Tell us about the album artwork. Who made it and whats the intention with this  message in the bottle story?

Shane: Martin Wittfooth...www.martinwittfooth.com. The message in the bottle concept was just so people understand how the lyrics tie in with the artwork and concept. It's open for interpretation....maybe he read the message and that's why he chose his path, maybe he never did... who knows. I want people to anazlyze and think and appreciate it. 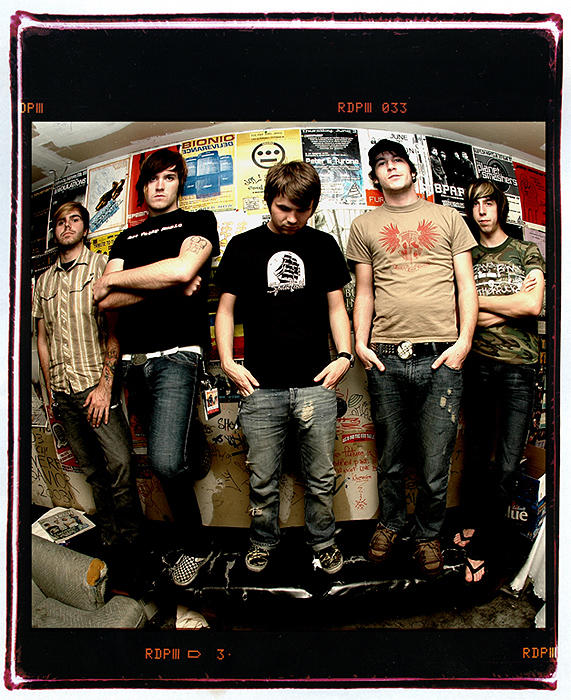 What do you think about those dedicated fans who have SILVERSTEIN tattoos?

Shane: It used to freak me out, but now I'm pretty stoked on it. It's awesome that people like our band so much they want to permenently be reminded of us.

You guys really seem to tour a lot. What do you like/ dont like about the life on the road?

Shane: I love the shows, the kids, the parties, meeting other bands, visiting cities.
I hate the long drives, being away from friends/family, getting sick, bad food.

What was the greatest country to tour so far?

Shane: Australia. What an amazing place.

Tell me about your local scene. What upcoming bands are there to mention?

Shane: Dead and Divine, The Pettit Project, Bury Her Breathing, The Reason, and Protest The Hero... all awesome local bands

What are you guys doing besides music? Are you already able to live from making music?

Shane: None of us have any jobs, we get by. In my spare time I like to do as little as possible. But there reallly isn't any spare time.

Shane: Check out our new record!