Interview mit Since The Flood

Dave: Hey! Im Dave of Since The Flood and I play guitar.

2. How does SINCE THE FLOOD getting started?

About five years ago, our original guitar played approached me and threw out the idea of forming a band. No real special backstory, just some friends having fun playing music and shows and it eventually became what it is now.

3. SINCE THE FLOOD is a tourmachine and spend much time on the road. Do you have any other commitments like a job, studies or something like that?

Actually, yes. I just graduated from College last may, and the year before our drummer graduated. And we all work full time jobs year round when were not touring. Luckily we have very lenient work schedules.

4. You´ve worked together with Trevor Phipps. Where did you meet him and how was working with him?

Well, I had been a huge Unearth fan since they started and in 2002 I filled in on guitar for Unearth on a U.S. tour. When that tour happened, Trevor had just started Ironclad Recordings, so when he was looking for bands to sign, he approached us about signing Since the Flood, and he did.

5. The new record is more well-engineered than Valor And Vengeance. Are you satisfied with the result of No Compromise?

Oh yeah. Working with Jim Siegel has been a personal goal of mine since forever and I can speak for the entire band in saying that were pumped on how No Compromise came out and how it represents us.

Our singer, Chuck, writes mainly about personal struggle and does an amazing job transferring those thoughts on paper and into our music!

7. There are more and more different people who are involved in the hardcore scene than ten years ago. What´s your definition of hardcore today? And what is the most important thing in hardcore in your opinion? 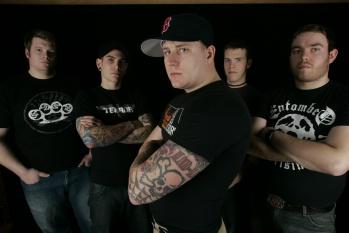 I think Hardcore is often classified for its very insignificant traits such as violence and rage, but when that rage is put in a positive manner and expressed through music I think its easier to relate and form your own definition of what hardcore stands for. For me its ones veracity and integrity to themselves and those around him/her and steadfast uprightness to what is important to them. Most hardcore bands express these traits in their lyrics and I think thats why it attracts the followers that it does.

8. Which bands are responsible for the sound of SINCE THE FLOOD?

First and foremost, Buried Alive! I know that we have always been huge fans of BA. I personally think The Death To Your Perfect world is one of the best recorded hardcore albums in the last 15 years. Huge influences for us also include hometown heroes Blood for Blood, Madball, Death Threat and Unearth. I think weve adopted a hard work ethic from witnessing most of the bands that we play with as well, so collectively STF has many influences. 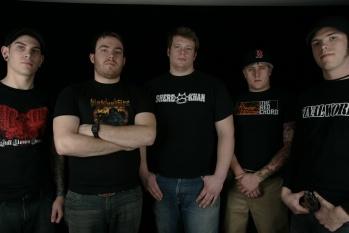 9. Are there any plans for the future like touring Europe, Japan or South America?

We plan on touring our asses off on No Compromise so I really hope we could get the opportunity to tour those places.

10. A short funny story what happened while your time in SINCE THE FLOOD! 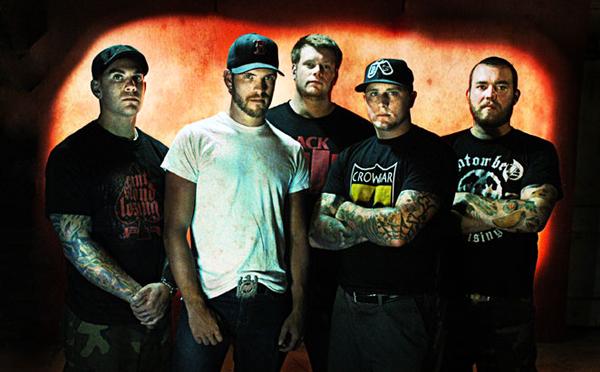 Man tough question! Over the years so many hilarious and ugly things have happened to our band I wouldnt know where to start I guess almost burning down a prison and police station in Winston-Salem, North Carolina will always stick in my head the most. Dont play with fire around an open box of fireworks kids.

11. Thanks for your time. The last words are yours.

Thanks very much for your interest and thanks for reading! Make sure to pick up NO COMPROMISE out now on METALBLAAAADE!