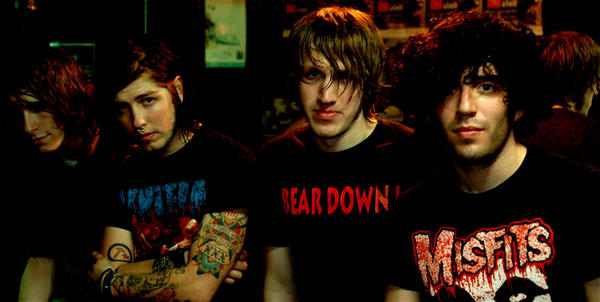 Hello, who am I talking to? Could you please introduce yourself and your other band members to us.

Hi, Im Dan Lowder. I play guitar in Spitalfield. Mark Rose is the singer and also plays guitar. Jose Romero is a good friend of ours who drums. Were also proud to announce the arrival of a brand new baby boy to the band, TJ Mlici, who will be picking up the responsibilities of playing bass.

Tell us something about the name SPITALFIELD. I know it has something to do with Jack The Ripper.

It does. Spitalfield is a small area of London where Jack the Ripper did the nasty.

SPITALFIELD is said to have evoked from ..the ashes of mid-western hardcore. Tell us something about your hardcore roots and the reason for your change of sound.

I dont have any hardcore roots, personally. I spent most of my younger years listening to the Beatles a bit too much. I owned a Jamiroquai album in high school, man. Mark was in a grindcore band called Landmine. JD was in a youth crew band called Strength in Numbers. As far as changing sounds go, just track how much a kid changes from age 15 to age 21. Theres a lot of change in those years, all across the board. And if youre playing a certain kind of music all the time, it gets boring. I play pop music but really want to get the chops up to play in a Soundgarden tribute band.

Your new album, "Stop Doing Bad Things" has just been released, how was the overall reaction?

Overall, the reaction seemed to be pretty good. I was expecting to hear a lot more shit talking on it than there was. People dont like change very much. Im the same way. Your first impression of a band is often what you expect that band to sound like for all eternity. When they dont, sometimes you get it. Other times, you dont. Thats life. People are still listening, I think. Were so lucky.

Were the songs for "Stop Doing Bad Things" already written and ready for recording when you entered the studio or did you rearrange and tune a lot parts?

We entered the studio having recorded demos for all the songs. They were demo quality, you know, like skeletons of the parts a lot of the time. I actually wasnt even on some of the demos. I wanted to write more on my own time, my own couch. Im glad I did- theres no pressure in that scenario because theres no one else listening. A lot of my favourite parts to play were slapped together on that couch.

"Stop Doing Bad Things" seems to be more pop and a lot more dreamy than "Remember Right Now". Do you agree and what else do you consider to be the differences to your last album?

I disagree. I think its a lot less poppy, and was a lot more thought out. We wrote it more with ourselves in mind. This had a lot to do with my recording experience for Remember Right Now. I came out extremely frustrated. This time, I was extremely happy and excited with what wed done. Ed Rose was amazing to work with. He really opened some new thoughts up for me in terms of how I play and write. And, if you hear anything dreamy on the album, thats Eds input as well. Hes a master with ambient effects.

Is there any song on "Stop Doing Bad Things" that really stands for you as a band and your sound. If yes why?

Actually, no. Im not really sure what the hell my band is. Its changing a little bit every day. Always. Im not sure how many more cock rock riffs we gotta play before people stop calling us a pop punk band. Or emo. People need to stop focusing on genres. Thats how you get around to having Limp Bizkit and Linkin Park being the biggest acts on planet earth. Lets learn from our mistakes, and go from there. Please. Shh. Just listen. 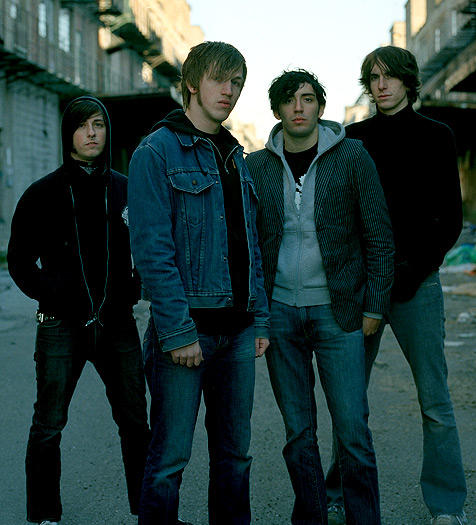 "Stop Doing Bad Things" is your second album on Victory Records. How is it working for you on Victory? Do you have the freedom as a band to do what you want to do?

There is no better place for us to be than Victory Records. Major labels scare me. Owing money to people I dont really know scares me. We have the freedom to do whatever we want. Right now at this very moment, were choosing to drive through East Texas. Our choice.

What influences do SPITALFIELD concerning lyrics and sound?

I dont really write lyrics, though I wouldnt mind if I would. Im not Mark, so I honestly have no idea where the lyrical influence lies. Sound-wise, we all have a wide span of influences. If you throw it all together, its a ridiculous mess. We listen to Zeppelin a lot in the van. Personally, Ive been listening to far too much Botch and Coalesce lately. Its showing me a lot of new angles and fun time signatures and things like that I got the album The Egg by Shiner and thats been incredible to listen to as well. The drums are ridiculous on that The new Minus the Bear album is also ridiculously good.

You guys seem to be a lot into this community thing. You have your profiles on purevolume and myspace and something like 10000 friends. Is this only for promotional reasons or even run by Victory?

Sites like that are invaluable to a touring band. When you have that many kids all attached to your friendly friends network, you can send out bulletins en masse and keep people informed of what the hell youre doing. Its great. Purevolume is the right idea. Sharing music is awesome, unless Lars Ulrich is in the room. Then Id say its a bad idea.

Im not sure if you ever toured through Europe or Germany. Do you guys know any German genre bands?

Were touring through Europe and Germany.

I cant wait to see Germany. You guys got snakes over there?