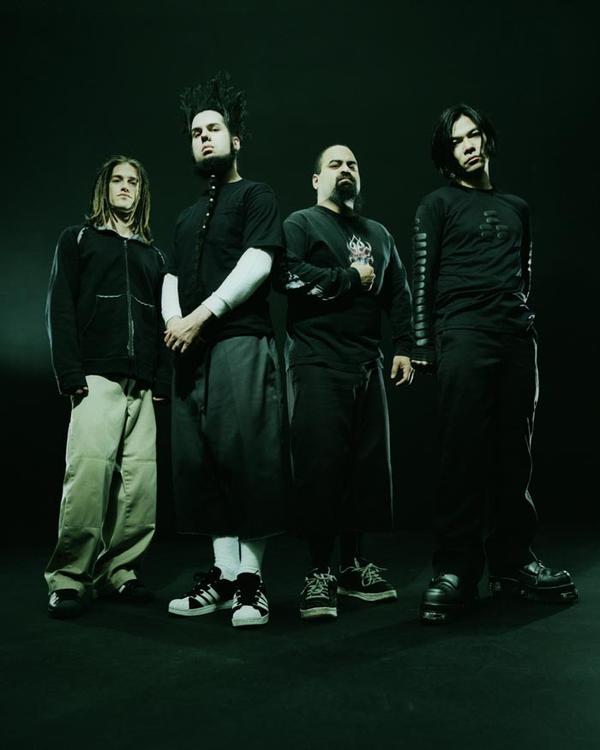 2. "Cannibal" sounds more metal than any of your records before. It seems you go back to roots you had before you released "Wisconsin Death Trip". Am I wrong? If, how come?

IT WAS MY GOAL TO EXPLORE THE METALLIC SIDE OF THE BAND WITH THIS NEW CD. WE WENT THIS DIRECTION BECAUSE IT FELT RIGHT.

3. Did you have an idea how "Cannibal" should sound like as you started writing?

YES, I KNEW EXACTLY WHAT I WANTED THE CD TO SOUND LIKE.

BRINGING BACK KOICHI HELPS RE-KINDLE SOME OF THE CHEMISTRY OF THE OLD DAYS.

5. Again two of your band members left and you had to recruit two new ones. Don´t you get fed up with that and is your song writing not suffering on these circumstances that seem to happen to you on almost every record?

I AM THE MAIN SONG WRITER SO I DON'T THINK THE WRITING SUFFERED, BUT HAVING TO FIND NEW BAND MEMBERS IS A DISTRACTION. IT WAS NICE TO NOT DEAL WITH THAT THIS TIME AROUND.

6. Is it just intense touring or is it a 'chemistry' problem?

TOURING IS THE REWARD FOR ALL THE HARD WORK IT TAKES TO MAKE A RECORD.

7. How many countries on this planet have you already toured through and which one is your favourite one?

I DONT KNOW HOW MANY COUNTRIES WE'VE PLAYED IN, BUT AMERICA IS MOST FUN BECAUSE THIS IS WHERE WE ARE THE MOST POPULAR.

8. By the way when can we expect you back here in Germany?

BEFORE THE END OF THE YEAR.

9. You´ve been one of the developers of New Metal. You saw the trend rise and fall and now after round about four years it´s carried to grave how much did your life change on that? Your work? Your points of view?

WE HAVE NEVER BEEN A NU METAL BAND, WE GOT LUMPED INTO THAT CATAGORY BECAUSE WE TUNE OUR GUITARS DOWN AND WE'RE FROM CALIFORNIA. THE FACT THAT WE'RE STILL GOING STRONG AFTER THE DEATH OF NU METAL PROVES THAT.

10. Can you name us your personal top five records in music history?

NO, BUT I'M SURE THE LIST WOULD INCLUDE JOURNEY, SKINNY PUPPY, AND PANTERA.

I HOPE TO HAVE A GOOD TIME.