Berlin is the second gig of the Taste Of Chaos Tour... 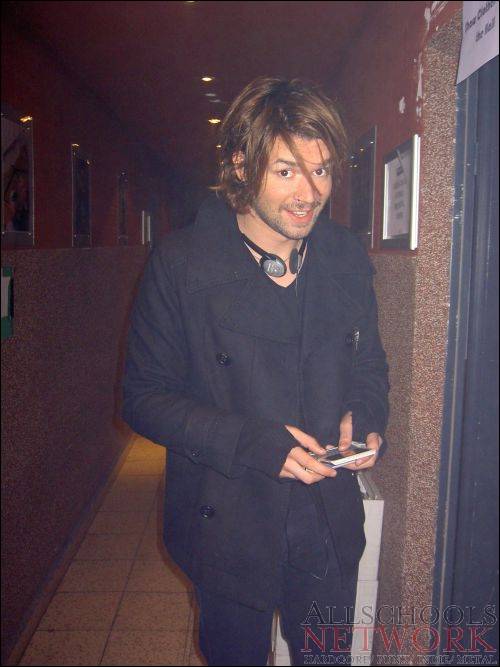 Adam: It is the second in Germany. We started in new Zealand and then we went from New Zealand across Australia to Tokyo, Japan. And than from Japan to Austria, Italy, Switzerland, Belgium, France.

And you have been headlining all these dates? Because in the States it was DEFTONES, wasnt it?

Fred: Yeah, this is a different tour, the international one. All the bands are different on this one

And what importance does the Taste Of Chaos Tour have for you as a band?

Adam: It gives us the opportunity to go to a lot of countries that weve never been to before. Yes, and it letting us see the world. And there are so many bands on the tour and so many different bands... It gives people that would come to see UNDEROATH and not to see us the chance to see us play and the other way around. So its good for the people, its a good way to mix it up.

So did you already tour with all these bands? 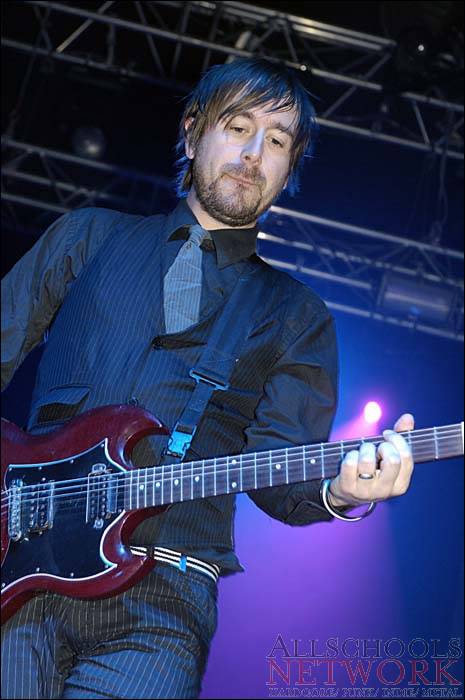 Do you know some of them really well? Or are you just colleagues?

Adam: Spencer from UNDEROATH and I grew up in the same town in North Carolina. Other than that THURSDAY was on the first leg of this tour and we know them really well
Fred: We are getting to know the other bands as we are playing a big game of kick ball yesterday, where we competed against each other. Its like baseball, but you kick the ball and you play it with a big bouncy ball. So we are really becoming friends with all the bands and it has been nice..

What are you doing, when youre in your busses?

Fred: when were on our bus, well play Mortal Combat. We play a lot of video games [laughs]

So youre playing a lot of play station?

Adam: You know. Its crazy too, cause weve never been a video game playing band. So just on this tour, there is Mortal Combat Deadly Alliance on our bus and weve printed out all these fatalities and pinned them to our wall.

Are you playing against the other guys or just against each other?

Adam: Chris #2 from ANTI-FLAG has been talking big talk. He has yet to play us but from what he says hes master. 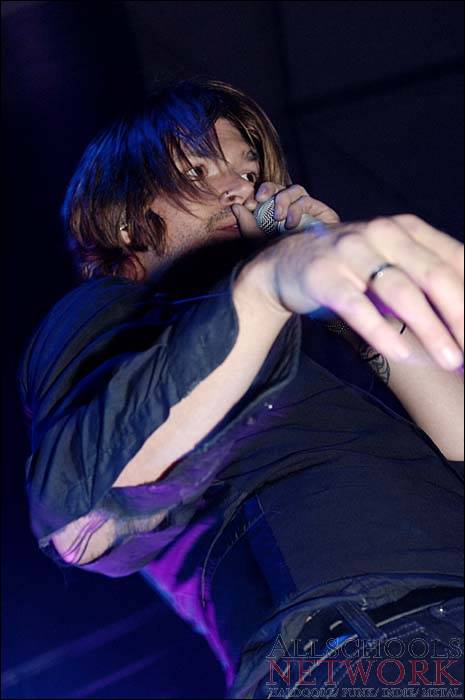 So you still suck.

Adam: Yeah!! But if we play each other, its kind of a fair fight, but if we play any other guy on tour it sucks..for us.

You still have a few days left to practice though

Adam: Yeah. By London well be really good!
Fred: I stayed up till 5 am last night playing by myself..practicing..

You already played your own headlining shows a few month ago. Is the Taste Of Chaos Tour somehow different for you?

Adam: Yeah, it is.
Fred: Yeah, its much different because of the size of the shows. Because there are so many bands and Ive been enjoying the fact, that weve been supporting the local bands on this tour..
Adam: Each different town has a lot of local bands playing, which is really cool cause there are a lot of people who wouldnt see them play normally.
Fred: The idea of the tour is it to be a mini festival. It breathes on a whole different vibe.

I heard that yesterday in Bremen the shower was broken

Adam: I dont shower anyway.
Fred: I havent even tried it yetThe next six days we have shows every day. I might shower in the next six days
Adam: Were not trying to impress anybody like girls or anything. So its just kind of like..whatever

Someone also told me that the guys from UNDEROATH are really smelly. Is it right?

Adam: Little Timmy, the hairy guy, is the stinkiest dude on the whole tour, hands down!