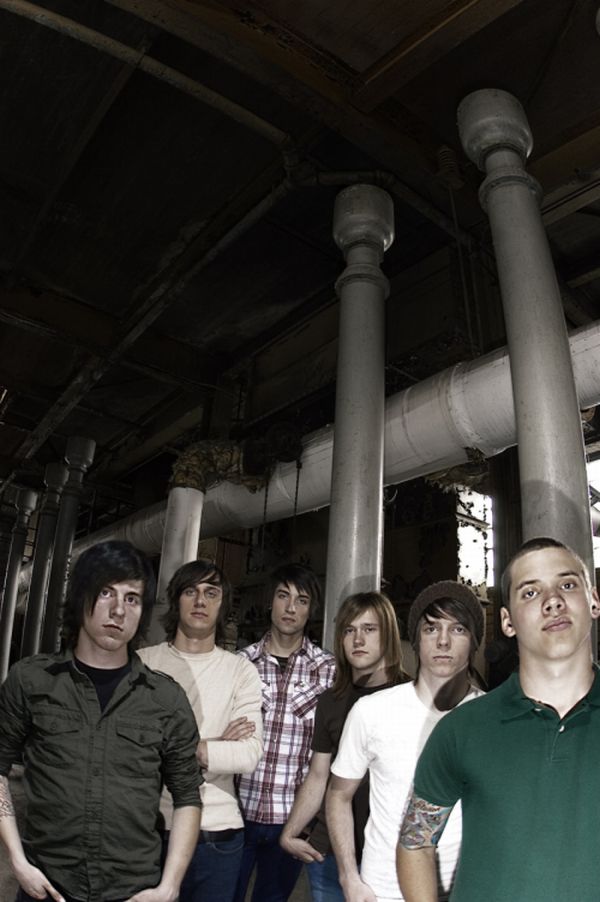 How did you guys meet each other and when did you decide to form a band?

Well, four of the guys (minus Andy and I) had been jamming and made a Myspace, which Andrew and I found, saw they wanted a guitar player and a bassist, tried out, and by their third or fourth show were members of the band. Things just kinda took off from there.

Did you play in other bands before?

We all played in little local bands around Dayton, but nothing serious.

Ok, I hope this question does not bother you: The name The Devil Wears Prada originated from the book. But there is also this movie. Why exactly did you choose this name? And don’t you get frustrated by people asking you about the movie/book?

Yes. We do. Hah, no, we got the name from the book, but put our own meaning to it. There are more important things in the world than the brands you wear, etc. Then after we were signed they decided to make a movie. We were anything but excited..

Did you know, that there was going to be a situation comedy series by the name The Devil Wears Prada, which hasn’t been green-lighted by the TV studios.

Did you ever think of changing your name?

We thought of it, but decided against it.

There is a really huge MySpace hype around THE DEVIL WEARS PRADA. How much are you involved in all those Internet communities?

I would definitely agree there's quite a bit of hype behind us on myspace, and that's awesome. Its definitely a good thing to be so involved with all of our fans online, we try to stay really in touch with all of them as much as we can.

You have almost 150,000 MySpace friends and a couple of thousand plays a day. How fast did all this happen?

Pretty fast, actually. A lot of the reason we got signed in the first place is because of our following on myspace and purevolume. Its awesome that kids are so into it.

Are you afraid it might end as fast as it happened?

Not too afraid I guess, no point in thinking negatively. We try to keep it real and keep producing good music, hopefully kids will stay into it.

Rise Records is continuously signing a lot of the hype bands. Is Rise Records the perfect choice for you? 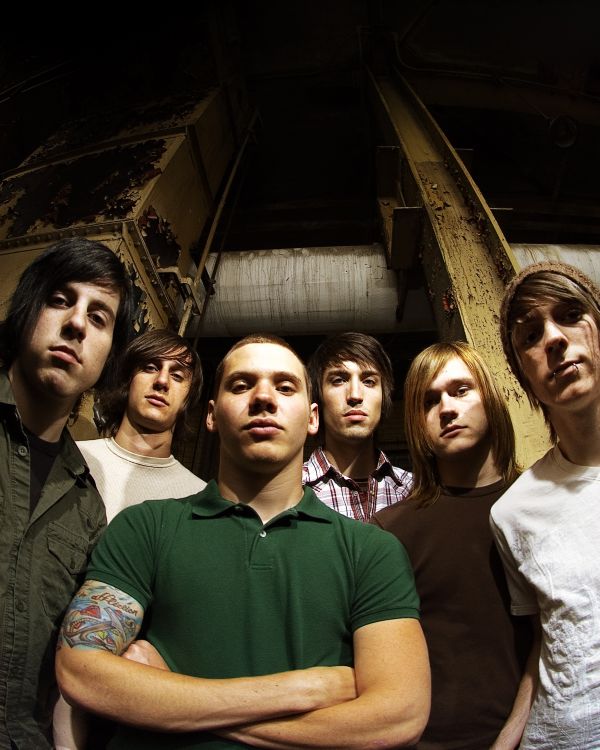 Rise was definitely a good home for us, and they're definitely making a name for themselves as a label. Its exciting to be a part of that.

"Plagues" is going to be co-released by Ferret Music. What do you think about the label and its bands?

We love Ferret, they've been amazing to us and their bands are amazing as well. We've made good friends with Every Time I Die, and Maylene is an awesome band.

"Plagues" has a much more melodic touch than "Dear Love: A Beautiful Discord", why did you choose this approach?

Actually, I think there are parts that are more melodic, but there's a lot of the cd that's heavier than the last one. I think it's written a lot better than Dear Love.

How many of you guys are still in high school? How difficult has it been to balance life as a band and going to school?

The guys that were in school just graduated, so none of us are in school anymore. We're definitely excited being on tour fulltime now.

Is the album title "Plagues" has its seeds in the bible?

Yes, the Bible talks of God bringing the plagues on Egypt to show them of His glory, and we hope people can get something from this album, no matter what they believe.

Christian hardcore / metalcore is currently really huge in the States. UNDEROATH, NORMA JEAN, THE CHARIOT or AUGUST BURNS RED are just a few examples. Why do you think are there so many successful Christian bands at the moment?

How important are your religious believes for your music?

Our beliefs are very important, we're all Christians and I think that's reflected in our lyrics and the passion that's in our music.

Is it easier right now, as a Christian band, to come around in the states and to get a rehearsal room?

Its definitely not any eaiser to be a Christian band, especially a heavier one. We just got off of Sounds Of The Underground tour and faced a lot of harsh words and gestures on that tour for saying what we believe.

Being a Christian band that uses music to express faith, do you worry that fans will be turned off? Especially in Europe and Germany people hold a lot of scepticism towards Christian Lyrics in the Hardcore scene.

I'm sure there are some people who will be turned off by the Christian thing, but we feel this is something God wants us to do, and hope that people can still get into the music even if they don't believe what we do.

Which are your favourite bands out there right now?

Personally, I love Norma Jean, Underoath, A Day To Remember, ETID, my friends in At The Throne Of Judgement. I'm also real into a lot of ambient stuff right now...

What can you tell us about Dayton, Ohio, its music scene and the best places to hang out?

Dayton is not a bad place to be from, there's a lot worse places to live, but there's definitely a lot going on elsewhere. Cincinnati kids definitely give us a lot of love, and Chicago kids, etc. The midwest is a pretty cool place to grow up though. You really don't have to worry about a lot of stuff like innercity problems, or a lot of other issues. It definitely feels like home. There's some cool stores down in the Oregon District, and over by the University of Dayton, but I don't really hang out in Dayton much. My girlfriend is from South Bend, Indiana so I hang out there a lot when I'm home. Cool places to hang out are pretty much wherever your friends are.

What are your plans for the future? Are you going to tour Germany?

We definitely have plans to hit Europe in the next year, we'd love to do Australia, UK, etc, and go out with some rad bands in the states. We go out with our friends Chiodos this fall and that should be amazing.

Thanks for having me. Pick up Plagues, in stores tomorrow ;) God bless, stay rad....