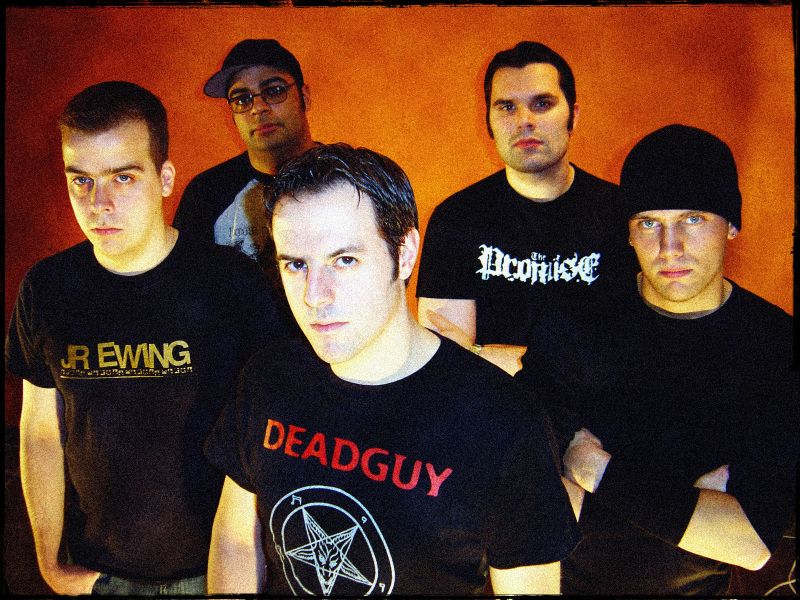 Hey! Please introduce yourselves. How long have you been together?

The Setup is an Antwerp-based hardcore band that started rehearsing in the fall of 2002. The first couple of months, it was only the 4 of us that started writing songs because we didnt have a singer at that time.

After a couple of months searching for a suitable singer we found Dries who at that time was still singing for a band called Circle.

After 9 months of rehearsing, we played our first show in july 2003 and since then, it hasnt stopped. I play guitar together with Raf, Benjamin plays drums, Christophe plays bass and Dries obviously sings.

The Pretense Of Normality has become only positive critics in the magazines. Are you absolutely satisfied with the endproduct of the record?

To be honest, I think its very difficult to be absolutely satisfied with a record you made. Time is a horrible factor when it comes down to looking back at a certain recording. I know for a fact that this record was the best thing we could do at that time and I know we worked very hard to get the best sound and in a way we reached our goal because it still sounds really good, but there are definitely some things were gonna do different for the next record. We learned a lot from the recording process and I am quiet sure some things will go faster when we will be working on the new record.

How would you describe your style of music. Sounds like the mid 90´s. Which bands were the biggest influence for your music?

Everybody in the band listens to different kinds of music, but I think the 5 of us have a mutual love for bands like Unbroken, 108, Earth Crisis, Judge and lets say Quicksand. This all combined with more modern bands like Hatebreed, Most Precious Blood etc.

Every tune we make has to be aggressive and full of dynamics. We try to take the best of both worlds. I like a lot of so called mosh bands, but we want to add some other influences en most of the influences are from bands of the mid-nineties, the ones that started the new school.

As i´ve read on your homepage EARTH CRISIS is one of your favourite bands. So what does it mean to you to tour with bands like RINGWORM or PATH OF RESISTANCE?

Its amazing. Earth Crisis is a band that definitely changed me and not in the SXE kinda way, but pure musically. I still remember when those eps came out. I had never heard something so aggressive back then.

Moreover, the way they kept on innovating and developing their music is truly remarkable. They started with one of the most aggressive eps ever and changed everything with Gomorrah season ends.

The Path of Resistance is obviously a different band, but its probably the closest Ill get to touring with a band I admire and I must say I am also looking forward to see them as they are some kind of a cultband. Jan Vermeerbergen, the one that booked the tour is a close friend of mine, so we owe him a lot for this one. 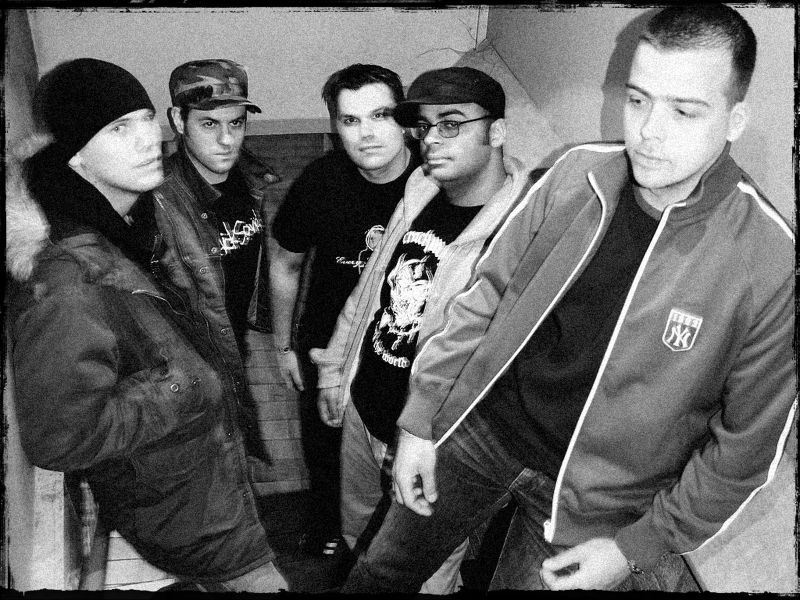 Like i asked Bjorn from RISE AND FALL i ask you the same. THE SETUP and RISE AND FALL are the new representer of the big belgium hardcore scene like CONGRESS; LIAR (and of course nowadays too) or BLINDFOLD were it in the nineties. Does this fact make you content?

First of all, I think Belgium has much more to offer than us and Rise and Fall. The way Deadstop and Justice conquered Europe and the rest of the world deserves much respect. I totally agree theres a new generation of Belgian hardcore bands that play much shows outside Belgium and Im very proud were one of the bands that have the chance to play all over Europe, but we still have lots of things to achieve outside Belgium to deserve a comparison with Liar, Congress or Blindfold.

You´re very close to Zero Mentality. I think you´ve played on the In Fear Of Forever release show. Do you have some words for THE BEST GERMAN HARDCOREBAND?

Theo, dat Frans brood is echt lekker Seriously, awesome guys and I agree they made a really really good record. I cant wait for their new record. I heard a new song that was already very good. I agree there one one of the best bands from germany right now. For some reason they were always really cool to us from the beginning and they really supported us and were still grateful for that.

Three records you don´t want to live without:

Touring? New Stuff? What are the plans for the future?

As you know were gonna do the short Path of Resistance tour at the end of April. Were just confirmed to do 3,5 weeks on the ramallah-tour. It starts at the 30/03 till the 22/04. So Aprils gonna be really busy for us. After that we have the weekly routine of playing shows till the end of summer because we have a new record to make. Were gonna record it somewhere in November because its set for release in February 2007. Weve already written one new song, but we still have lots of work to do.

A funny shortstory about you or a bandmember:

Our drummer is a Belgian police-officer and apparently a damn good one because hes making promotion all the time, but one day he managed to almost arrest someone from another Belgian hardcore-band which name Im not gonna tell, but according to Benjamin, the look on that guys face must have been priceless.

Thx for your time and lots of fun on the tour with TPOR. Some last words.

Thanks for the interview and to everybody else check us out when were playing your town.