15.06.2006
Roya Butler interviewed The Unseen singer Mark Civaitarese, while on tour with The Casualties and Anti-Flag. 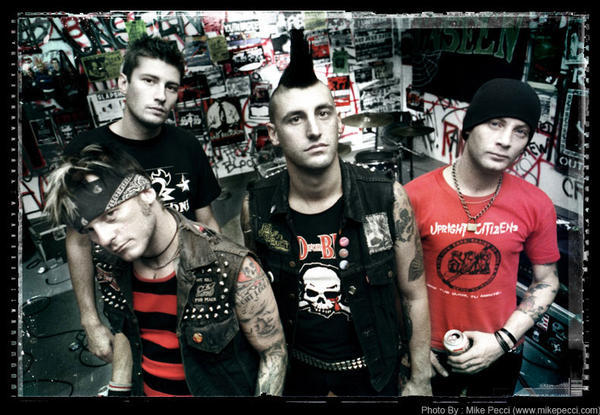 now you do a lot of the writing--how do you get the ideas for the songs? What inspires you?

Mark: Well, I write most of the lyrics but I don't write the music, Scott and Tripp do that. What inspires me usually is something I read or see on a news broadcast. I also tend to write a lot about what I'm felling in everyday life--a lot of personal thoughts go into my lyrics what I feel about certain people etc.

How was it working with Ken Casey (of Dropkick Murphy's) producing & Brett Gurewitz (of Bad Religion) mixing your new album "state of discontent"?

Mark: It was great working with Ken. We have known him for years and he lives real close so it was an easy situation. It was great to get Kens input; it's been the same 3 or 4 guys working together for years and it was cool to get an outside view on certain ideas. As for Brett, well that was a huge honor for The Unseen. We all grew up listing to Bad Religion. I was a bit
nervous. hahaha.

What was it like to have Lars Frederickson (Rancid) and Dicky Barret (Mighty Mighty Bosstones) on guest vocals?? How did u meet those guys?

Mark: Lars we have known for a few years. He now runs 'Machete,' a company that helps us with our merch while on tour. We also did some gigs on Warped with Rancid, so asking him was not a big deal. The bastards were in town doing a show so I called Lars and he came down. Dicky was a similar situation--we had done gigs with the Bosstones, so we knew him. Ken called Dicky and asked him if he wanted to sing. Dicky has not been doing music much the past few years; he was busy doing late night TV and radio, so he was psyched to do some music.

Tell me about your new album. What would you like people to take away from it? 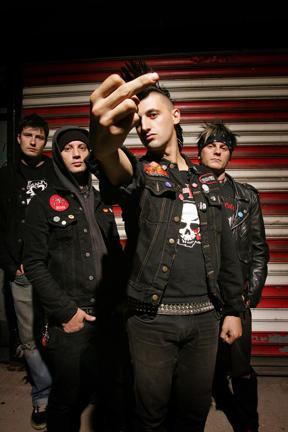 Mark: I tend to let people take what ever they can gather from it. I try sometimes to let lyrics have a few meanings, so that anyone can relate to the words. We don't try and cram a message down anyone's throat. If they do get something from it, great, but we don't force it.

What do you think about the state of America right now?

Mark: Well I think it sucks, haha. I think it has for a long time and I don't think it will change for the better anytime soon. Don't get me wrong, we do live in a better place than a lot of others, but I don't think it's a great place to live. I try and distance myself from American culture and the population in general as much as I can. I think as a whole, humans are very greedy and selfish--most people will stab someone in the back to get ahead--it's the sad truth.

USA is an country, built on freedom. How do you see our freedom slowly being taken away? What can us as citizens do to fight back?

Mark: Again I try and stay away from most situations. I try and better myself as much as I can. I try and not support large companies. I try and support certain organizations if I can. I try to help people in need directly, as opposed to a corporate entity--I'd rather give a homeless person money than donate it to an organization that helps the homeless. If I give him money directly at least I know it got to the right place.

I understand that 'Force Fed' is a resistance to mass corporate marketing; please explain your views on the subject. 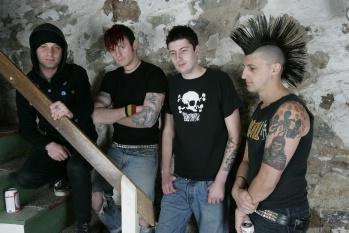 Mark: It's basically a song about people being brainwashed into buying a certain products by radio, news, or billboards--or how certain bands get huge by ads, radio, or video. There are so many amazing bands that sell shit for albums because they don't have a huge company cramming them down your throat. When a label creates a certain image based on looks and
spends millions so it will catch on it usually does. If it does not, then oh well, they use it as a write off and move on to the next artist.