Interview mit Tribute To Nothing 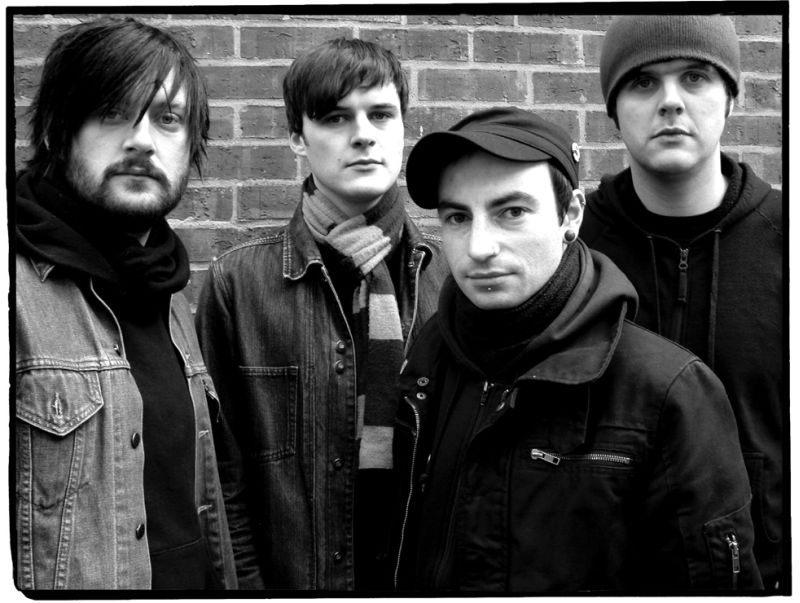 To start with, please give us a short introduction to TRIBUTE TO NOTHING and its band members.

TTN is a band that has been around for more than 10 years now and we are made up of 3 brothers, Sam- Guitar/Vocals, Jim- Bass/Vocals, Ben-Drums and one long standing school friend Kris who also plays guitar and sings.

You have the reputation as one of the best live acts around. With mire than 300 shows in 3 years, how do you manage to explode every night on stage?

Youve already seen almost every club in Germany. Do you also have the time to see a bit of the towns you are visiting? Where did you like it especially?

We do get to see some of the cities but sometimes it is very hard because we drive ourselves on tour so we spend most of the day driving. From the places I have seen in Germany I absolutely love Berlin. It has so much history and some amazing museums.

You are currently touring with BOY SETS FIRE. Do you prefer the big stages or do you like the small venues best?

I like both but there is a very different feeling to the big stages. The small shows feel more intense and more comfortable. I think the big stages it can take more effort to get into the shows because you are so far away from each other on stage that it is hard to feed off the other members energy. Having said that I do like playing the big stages but it just takes sometime to get used to it.

You grew up in a family of musicians, did you ever think about having a regular job and working 40 hours a week?

When we are at home we do all have regular jobs. I work fulltime renovating houses. Jim owns a Recording studio, Kris works in a shop with his mum and Ben is a care worker. It can be very difficult at times but I think it is worth it.

"How Many Times Did We Live?" is going to be released on Destiny Records. What made you sign to Destiny?

I think Destiny is a cool label. They saw us at some shows and like it and wanted to release the record. We had been releasing our own records for years and putting the record out on Destiny gives us more of an opportunity to get better distribution and get the songs out to more people than we could before.

How did you experience the 6 month writing the new record? Was it difficult for you laying still and concentrating on the songwriting process. I heard that before you chose to stay on the road because you needed the money.

Writing the new record was really good fun. It had been along time since we had written any songs so we were hungry to write new songs. I think staying on the road is financial but we would make more money if we stayed at home and worked. It was quite hard to find the time to write the new record in between touring and working but we wanted to write it for so long we had a good time writing and recording the whole record.

I think, that "How Many Times Did We Live?" is finally able to capture the energy youre setting free on stage. Your previous releases werent quite able to do so. Is this due to the team play of Jason Livermore and Bill Stevenson?

I think it is partially to do with that but it also has a lot to do with the fact we played the whole record live and then added vocals over the top afterwards. I think us all standing in the same room and playing the songs together helped us to capture the true energy that the band has live which is a very hard thing to do. It was nice to have an outside influence with Bill/ Jason because they thought of ideas that we would have never thought of.

How would you describe your new album to the people who havent seen TTN yet?

I would say its a very energetic record. It is maybe more melodic than the last one but it still has the power that TTN has always had.

As soon as the new record comes out we will be touring constantly for most of 2006. Once we have finished this tour we will then go home for 2 weeks and go back out on tour for another six weeks. So I guess this year just a lot of touring!!

Thank you very much for your time, any final words?

Thank you very much for doing the interview and I hope some people like the new record.