SHARKS IN YOUR MOUTH - neues Album am 21. Juli 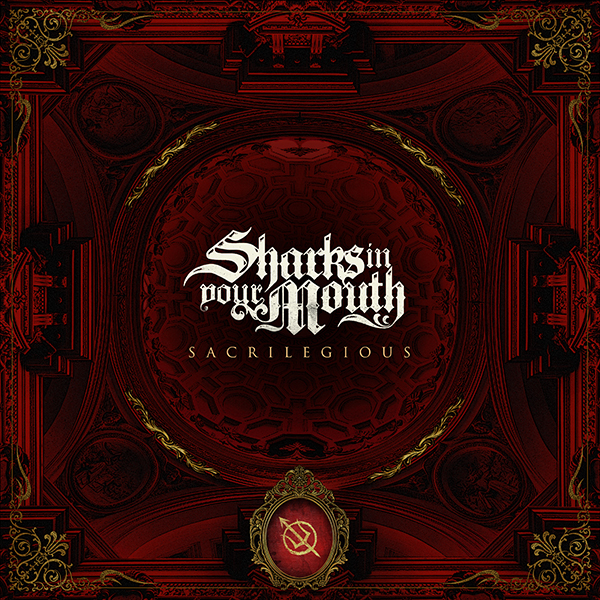 “‘Sacrilegious’ was written in the best way ever, by ﬁve brothers (from diﬀerent mothers) having fun together without limits and boundaries. In July 2017 we created what we call ‘The Covenant’ saga, which is our theme and concept. In the ﬁrst video, you can see people with body paint and black tears on their face but it’s not clear why and what it’s going on, same thing with the next works as ‘This is gonna hurt’ and our last single for ‘Marked’. Well, Sacrilegious is a prequel and explains it all, this is the scenario. The story brings us back in 1799, middle Italy,  where an elite group of rich and evil people are founding  a secret society called ‘The First Order’, they possess an ancient magical book that must be burned for not letting them dictate the socials and morals laws of the future. A young boy gets caught up in one of their rituals and ‘The Order’ kills him but not before painting some ‘black tears’ on his face as their tradition. His parents and little brother was searching for him and saw the scene, they sworn revenge and decided to create their resistance called ‘The Covenant’ while painting black tears of their newborn baby as a mark of their hate against them. Symbology is very important for our band and we like to create a universe where our listeners can be entertained and ecxited like us. The sound and style of the album was composed solely with the intention of translating emotions into music. Our guitarist Vaela took inspiration from Andy’s concept and storytelling by creating scenarios, rebellion, revolt in a magniﬁcent and eightieth-century period, a sort of dystopian past / future where humanity needs someone to come forward and subvert sovereigns. For the technical department, the aggressiveness of the musical genre we have chosen, perfectly embodies the concept of revolt. Pounding riﬀs, sudden breaks, giant and oppressive orchestras that contextualize those baroque-like scenarios we had in mind. Everything is accompanied by a romantic vein, we are recreating a sort of fairy tale with a dramatic ending, an "anti-tale", so all the melodies are inspired by classical compositions. We don't need a theoretical musical training to translate these ideas into music and this is kinda ‘Sacrilegious’. Daniele Gottardo is the only guest artist chosen for this album, one of the best guitarists of the world praised by Steve Vai, Jason Becker and many of the guitar gods as him out there; his eight ﬁnger tapping technique will blow your mind in our third track of the album called “Dethroned”. Coming from the generic metalcore / post hardcore genre in the ﬁrst album, we present  to you our new sound, a mix of progressive metal with ‘djenty’ elements, huge symphonic and romantic orchestras, insane and technical guitar solos and catchy choruses. The genre of this new album? You have to tell us! Join the Covenant”