"Hello all! When Teenage Bottlerocket was at the Blasting Room working on “Stay Rad,” my son Milo came to the studio and recorded two songs with his band Human Robots. It wasn’t hard getting his band together, because Milo plays all the instruments and sings on the two songs he wrote. I guess it’s a one-man band (yes, he has no friends). His songs turned out great, and we somehow convinced Fat Wreck Chords to release a split 7” featuring the TBR songs “Olivia Goes to Bolivia” and “Everything To Me,” as well as the Human Robots songs “Step On Em All” and “I Want to Hang Out With You.” Chris Shary did the artwork, and it all turned out great. This is the best split since Taco Bell teamed up with KFC! I love sharing this rock n roll life with my son, Milo. Look out world; Human Robots are stoked to shred and ready to party!" 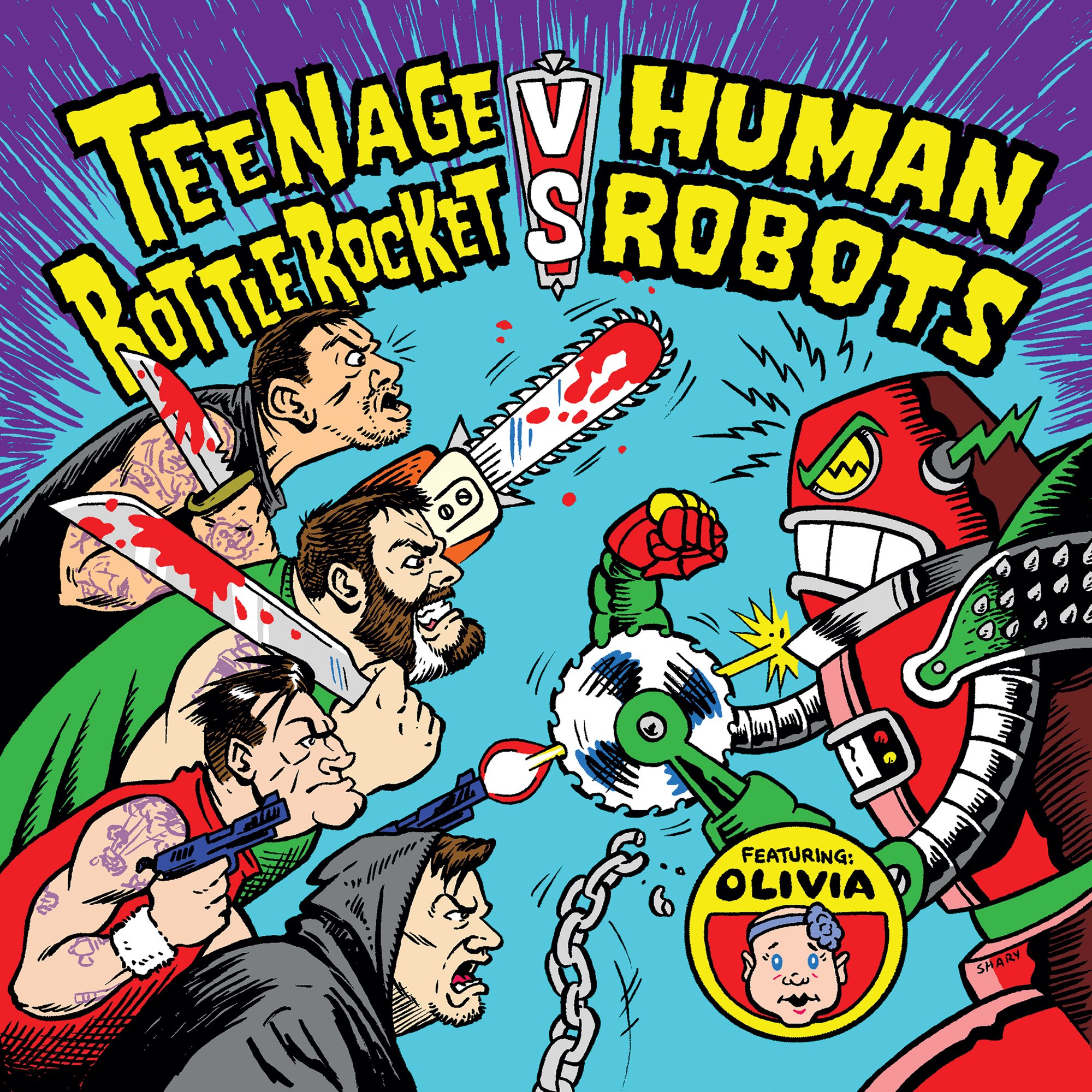