As the year 2010 is slowly coming to an end we have yet another great announcement to make: Let it Burn Records has signed the youngest and by far one of the most promising bands in its 10 year history: THE HAVERBROOK DISASTER.

Coming from Karlsruhe, Germany The Haverbrook Disaster has been an “insider tip” among hardcore kids for months now. With their amazing mixture of melodic hardcore and heavy (!) mosh they’re at the very cutting edge of how hardcore music should sound like in 2011. We are very much looking forward to working with an ambitious but at the same time “down-to-earth”-like band.

The band about their signing: “We’re so excited and proud to announce that we have signed to Let It Burn Records! Hands down, Chris is not just a good ‘labelboss’, but as well a very good friend, so we couldn’t feel more comfortable. We will hit the studio on the 25th of December to record our very first full-length and we can’t wait to release this via Let It Burn Records, one of the hardest working Hardcore labels in Europe.”

We have already heard the band’s preproduction plus we got an insight view on their plans on artwork, mixing and mastering. To cut this short: This album is going to be one of the best debuts every released by a European Hardcore Band. 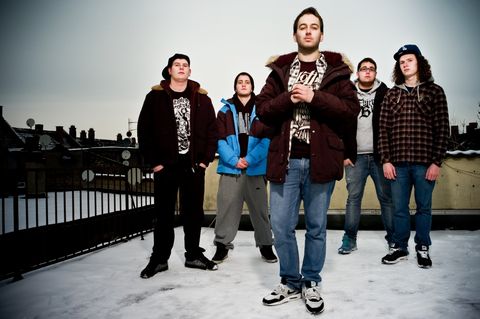 LIMBS - neue Single "I Used To Be You"

CITIZEN TIM - C Is For Chaos/Control