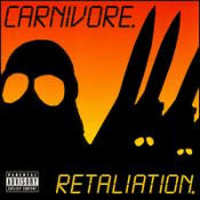 Who would have thought it? Pete Steele frontman of gloomy Goth rockers Type O Negative in a hardcore band! Fans of his latter outfit will probably not enjoy this release, but any self-respecting hardcore fan almost certainly will. This album is a much more aggressive release than their self-titled debut released the previous year. Starting off with what has to be one of the most disgusting tracks I've ever heard 'Jack Daniel's and Pizza', the album kicks off to a blistering start with the brutal 'Angry Neurotic Catholics' before launching headlong into S.M.D. But beware this album is not exactly what you would call politically correct! Some lyrics have
a dubious sexual and racist connotation to them that some listeners may find hard to stomach. If you can get past that than you will certainly be able to enjoy this crossover classic.