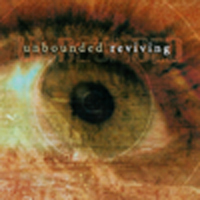 Ugh! These have to be some of the worst vocals that I've ever had the displeasure of hearing. Whilst I'm not particularly fussy when it comes to vocals, (I like Saves the Day after all!) it is this which put me off listening to this when I first put this on my stereo. Yep, this is emo and you can tell this by song three 'don't break my heart, don't let me down'. There is definitely a Get up kids influence here and they don't wimp out with acoustic guitars in the vein of Dashboard Confessional. It must be said
that Unbounded are more punky than most emo bands especially on track 5 'support one favourite way', (which is probably the best song on the album) and they seem more at home rocking along in a early Bad Religion/ A.F.I. type way. Musically this is quite impressive stuff, and they are certainly harder than your average emo band, but unfortunately it's the awful vocals and cheesy lyrics (in places) which lets it all down especially on the first track 'A place to hide from real impressions' which is the worst song on the album without question. The music on the album in general is definitely a
plus point here, rocking along in a emo-punk type way which sort of reminds you of The Movielife in places. However it seems on this release that the band don't know whether they want to be a punk band or an emo one and it has to be said that the tone of the lyrics and the subject matter do not suit the type of music their playing. I don't know whether its the fact that English is not there first language or not but whatever it is Unbounded need to get a new vocalist and fast! Otherwise a great potential will be wasted.