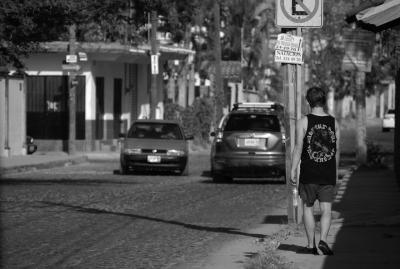 Watching a "Startrek"-Episode, it's really cool.

It's too much fiction for me. So many things are more than unreal.

It frustrates you, because it's not possible? Might be real in the future. ("Pfffff" - Justin is immitating some kind of spaceshuttle). No, this is the new "Startrek" movie - It just came out last year, you will like it.

What are you excited about today? A good nap after a long drive, a cool german beer with some familiar faces, exploring new venues/towns or some interesting bands of various genres?

Yeah, you said it all right there. But I have to admit, I dont have any favourite german beer.

Really good band. I have not heard the new album yet, but I heard really good things about them.

You once mentioned that you are quite satisified with your new album, and think it might even be the best you ever did. I would sign that without hesitation. Do you think your new album "The General Strike" differentiates itself from the previous albums?

The new one is pretty catchy, but I think our last album is catchy, too. I'm going to be honest with you- I'm not sure with the record "The People and the Gun" and the new record what the big difference is that people see. I think the records sound similar, the songs are really good on both records. I like the new record but I'm always surprised that people were not as excited about the last record as well.

You talk a lot about activism - veganism, human rights and political topics. I don't think it's requirement to start a band, but what's different when talking about topics as a band?

If you have a microphone, people are listening, it's a great way to reach out to people. That was a big goal when starting the band.

Which values seem to be underrated in modern society?

I think the most important value is to put people before profit. Too many people value greed over other human beings and the planet.

A few weeks ago a german politican (Geis - CSU) stated that homosexual marriage can never be equal to heterosexual ones. The main argument was, that society wants the goal of marriage to stay child-birth.

There have always been arguments for marriage to be a certain way. For example not that long ago people didn't want black people and white people to marry each other.
Politicans and people on the right wing are just out of touch with the fact that the world is becoming a more open-minded place. Marriage is a civil right, it's a right that allows people to have the same legal protection- A law that would allow homosexual people to have the same legal protection that heterosexual couples have, so there is a lot more to marriage than a moral argument. The moral arguments which are being made right now are being made by the same kind of people that 50 years ago didn't want black and white people to be equal. History always shows those people to be crazy, and i think people who are arguing against equal homosexual marriage will be seen crazy in the future, and we will look back in the future and be very embarrassed for them.

I think that's the change we want to see regarding our food industry and alternatives like being vegan or trying to eat local/seasonal.

I hope you are right.

How would you explain a stagedive to someone who does not know anything about it?

A stagedive is whenever someone is listening to a band playing and gets up on the stage and jumps off the stage and people catch them. That's called a stagedive.

I grew up with "The Offspring", literally. Which memories do you connect with this band, which associations come up with these guys?
I like their music. Noodles is a really cool guitar player, he writes very cool guitar lines. When I think of "The Offspring" I think about driving, I'm used to listen to them in the car.

Where did you get the puppets for your new video?
A friend made them for us. We had an idea how we wanted them to look like and we talked to him about it and then he made them for us, that was really cool. They are supposed to look like the orginal ones from sesame street.

What do you think about discussions in general?

I think any time people can have a dialogue with each other about an issue thats the best way to go, because you can have a good exchange of ideas and you can understand each other.
For you, which bands have a (positive) strong conviction regarding their beliefs and are the most authentic, independent of the topic?

Bands that excite me in this way are "Sick Of It All", "Good Riddance", "Refused", "Rise Against" and "Rage Against the Machine". I think those bands have a strong positive message that they believe in and that they try to pass on.

Due to rumors Justin ended with an injury at a gig in Norwich because he had a "fight" with a disrespectful person from the crowd. I laughed quite hard when I heard this fight started because someone in the crowd threw kink-lights at you. What is this about, anything funny you might have to add to this tale?

I wasnt drunk I was just fed up ... I just wanted to get him! It was a stupid idea I shoud've never done that. I got him, his name was James. He got thrown out. But I broke my shoudler and we needed to end the tour, definitely wasn't worth it. I don't know why he did that, guess he was just a shit-head. He was probably drunk.

What do you think about dog tags?

MAybe its just a trend. Trends come and go. Things that represent the military are not things that excite me, though.

Anything you want to tell the world?

The "Startrek" movie I was talking about is really good. Go see it! And go see Moonrise Kingdom, the new one with Edwart Norton, its awesome. Moorise Kingdom, go see it! Peace!