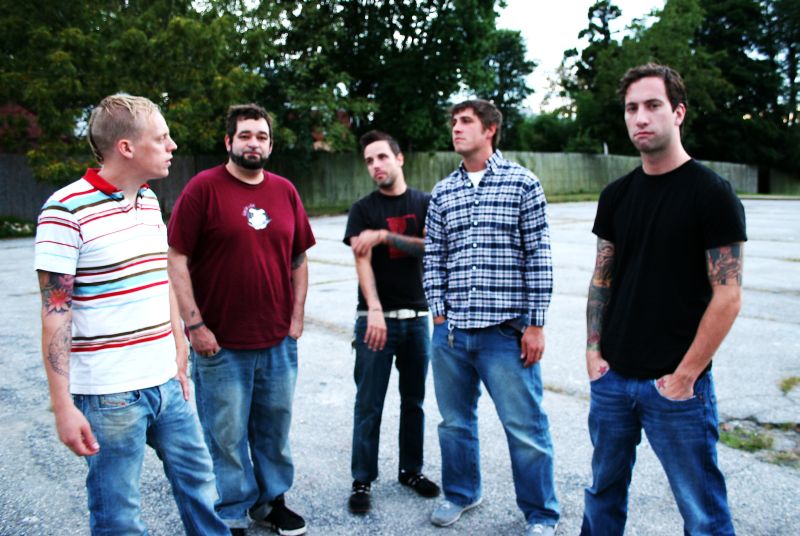 Hey Robert, how are you doing? "The Misery Index: Songs From The Plague Years" is going to be released in a couple of weeks. How important is this album for you?

Robert: well, for me personally it's the most important one, since it's my first recording with BSF, but i also think overall it's a really important release for us as a musical collective...we walked through a lot of shit together for this one and in the end it brought us closer to the essence of why we are doing this and who we are and where we stand as a band...but it was tough at times to get this record on the way, and that's why it took 3 years.

Ive a basic question, I often get confused with the spelling of BOY SETS FIRE. Is it "Boy Sets Fire" or "boysetsfire"? I think you changed it during you time being, why that? 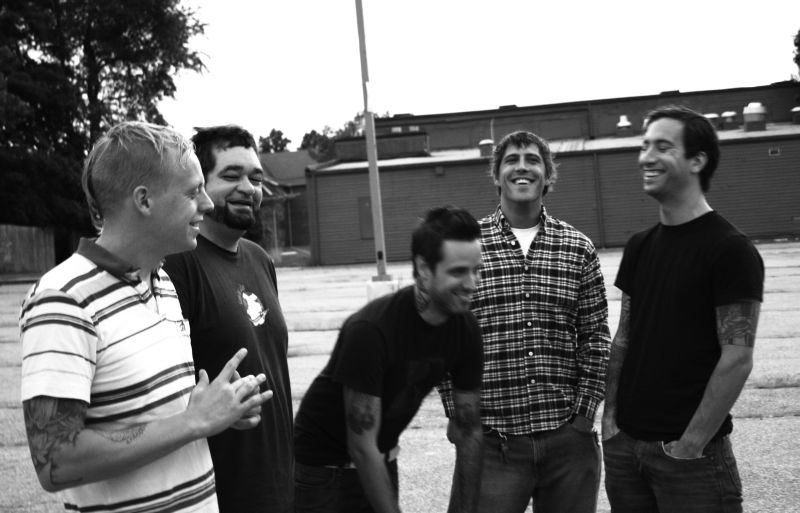 Robert: with our new logo it'd be written together, but it all works...as long as you don't write boyhitscar it's all good!!!

After the departure of Rob Avery, how did the band get in contact with you (Robert Ehrenbrand) to fill in?

Robert: i toured with them as a guitar/ stage-tech and when rob quit they decided really quickly to replace him with me...we've all known each other for almost 10 years and are best friends, so i guess it made sense...apart from the fact that i've never really played bass in a band. but it worked out really well so far...i've been in the band for almost 4 years now. and since rob avery gave me his ok before joining the band i never felt it was the wrong thing to do...

There has been a lot of struggling for BOY SETS FIRE during the past years. What exactly happened with Wind-Up? They send you into the studio a couple of times and did not like the output?

Robert: i think they liked the overall output, but were scared there was no hit/radio-single on it, which is funny, cause we don't even listen to the radio (except for talk radio, which i really like) and so all we wanted was to come up with songs we loved and cared about...period. but they went back and forth and so we asked them to let us go and they did, which as far as i'm concerned is the best thing they ever done for us...it's not that they didn't care about us, it's just that i don't think they knew how to handle a difficult and opinionated band like us...integrity is so much more meaningful than success to us and i guess they were used to working with bands that had different priorities. 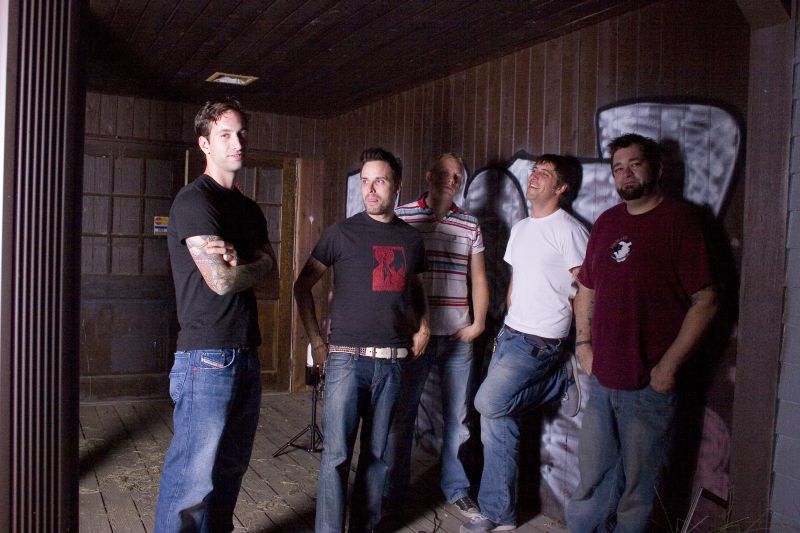 They even wanted to provide you with a co-writer?

Robert: that was one of the ideas i really thought they must be joking...out of question! cause at the end of the day it's you touring the world with a song that's not really yours...that's lame. if trent reznor would pay me to tour with him as the NIN guitarist, that's a different story (cause you are hired to play someone's songs...plain and simple), but to pretend you're this musical collective and then have someone else write the so called "hit" for you is fucking stupid.

Being without a label for some time, how did you get along as a band? Did you ever thing about splitting up?

Robert: as far as i'm concerned at least twice a day for about a year,haha...i really thought we would never see the light at the end of the tunnel. i got really depressed and i know matt and chad also had their periods of not knowing where we could go from certain down-points, but i guess josh & nathan were more stubborn and wanted to see this through no matter what and in the end we all prevailed and made it and we love this record so much it was all worth it in the end. 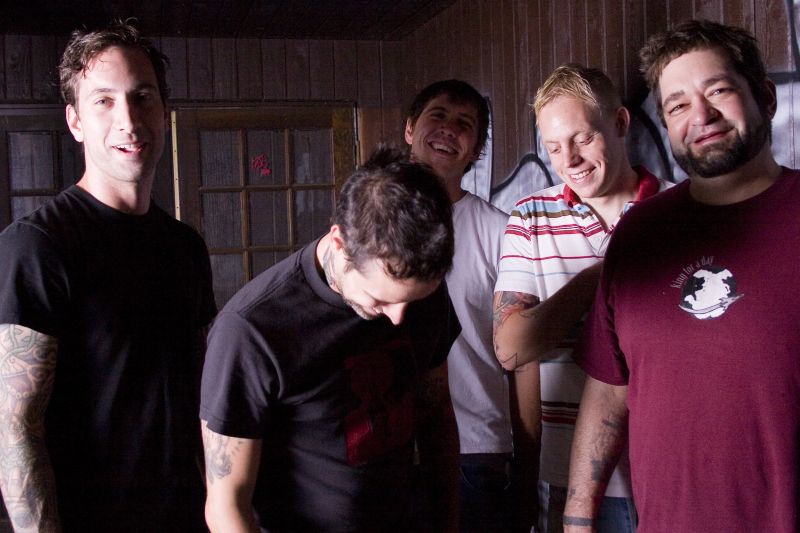 Suddenly the signing to Equal Vision and Burning Heart was announced. Two labels with a very good reputation. Did it happen that fast or have you been in contact with those labels for quite some time?

Robert: EVR have been doing our merch for a long time and they're one of my favourite labels...steve and dan and the whole staff are wonderful, so they were my very first joice and to be on their label is a dream come true...i even have a 108 tattoo of their first EVR release...and BH is just an excellent punk label that i always loved as well...they definately were our first choices and we're extremely happy...this is exactly where we wanna be as a band. right here, right now!

Do you think youll break the one label one album curse this time?

Robert: if it was up to me? definitely, but you know how a band is...things always change, evolve, go places...you never know, but i'm really happy...especially because i can call up steve reddy (owner of EVR) and harass him about old krsna-stories, haha 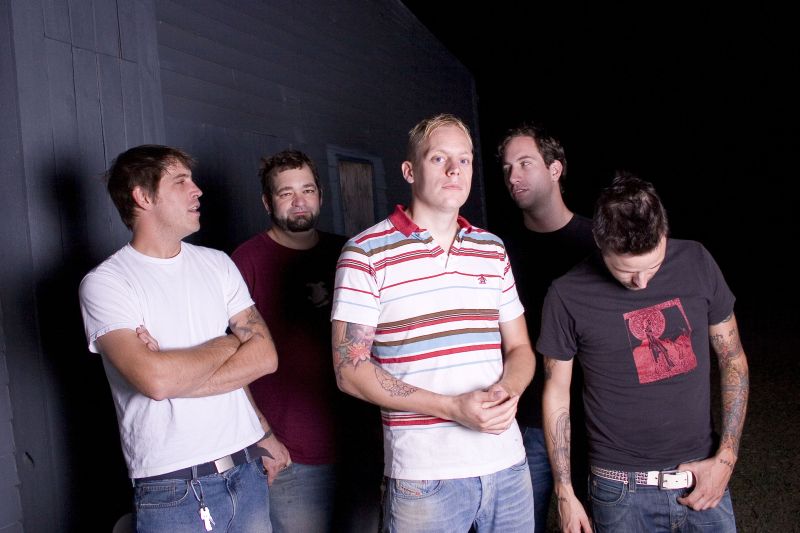 "Tomorrow Come Today" was very political, too political for the label. I consider "The Misery Index: Songs From The Plague Years" being a lot less political and more of a personal nature, what topics do you cover with your lyrics and why the departure from the political issues?

Robert: TCT was an important record, cause it came out after 9/11 and a lot of artists were scared to speak out against how the american government were using these events to actually use it for their own greedy goals...it was the right thing to do to put out a record like this at the time. this time around we had less of an agenda and the circumstances led us to what the songs are about...there's tons of political stuff on there, but also dark spiritual stuff, personal things, the label thing...it's a very honest, fragile and yet pissed off record, but i do see a sense of hope underneath it all...i think it's subtle and extreme, which i really like. but politics are a part of our life just like spiritual questions, so we'll never ever stay away from them entirely...we might just approach them in different ways...it always depends on where you are at a certain point in time. We write music and lyrics from the heart and that's what happens when you do that...there's no formula or gimmick...it's just us bleeding our hearts really.

You¹ve been on a short tour through Germany in December. How was the reaction of the crowd to the new material? 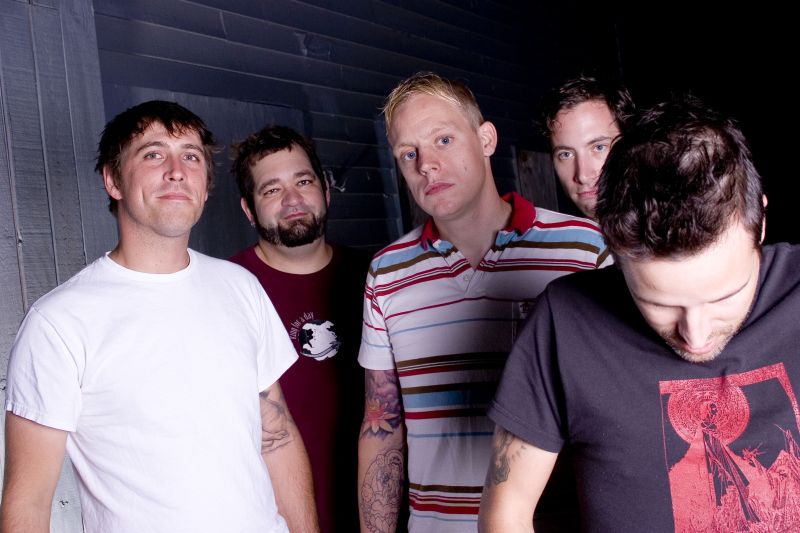 Robert: it was way beyond what we had hoped for...people know "requiem" and "final communique" pretty well by now, since we've already played these two on deconstruction earlier last year...so there's people singing along and having a good time and for the rest of the new tunes we played the reaction was also mindblowing...people listened and some even tried to make up lyrics on the spot to still sing along, haha.

it's great that this record is already so well received and it's not even out...

The songs for the new album have been written in 3 years. How much songs did you write and did you reengineer the single songs a lot during this time?

Robert: i think overall we wrote close to 30 songs, so we still have a lot of good songs laying around...some for the internet and some for next time we get together and write...the first single requiem did change a couple of times. i brought in the basic chords and they stayed the same...but the melodies and stuff got changed a bunch. that's just how we write...one guy
brings in an idea and then it gets tortured for weeks til we all love it.

The production of the album doesnt sound like a lot nowadays productions. Did you have a specific idea of the sound entering the studio?

Robert: yeah, we wanted to capture the fragile and extreme nature of these songs...some with wild, angry parts and then some with pretty melodies...so we really wanted to have the production be a tool to convey these changing emotions and stay away from the dull-sounding shit a lot of bands do these days...just keep it exciting and have the record be one big rollercoaster ride. 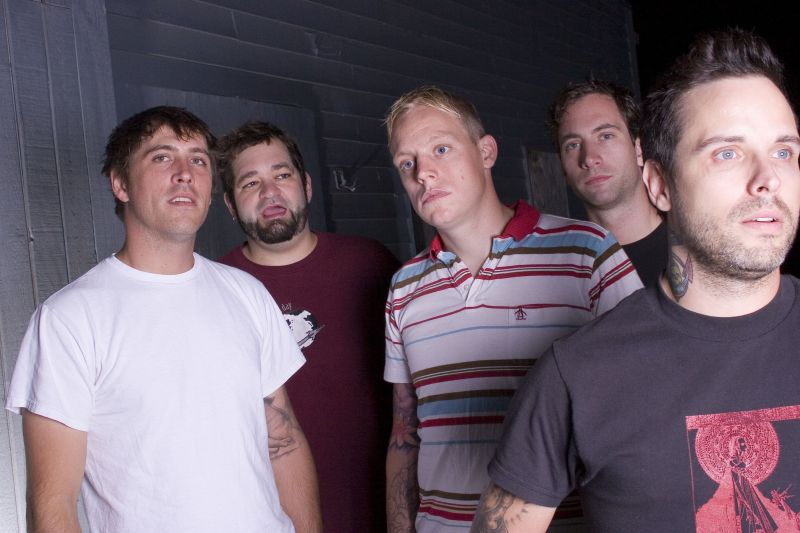 oes the title "The Misery Index: Songs From The Plague Years" have?

Robert: it's an economic figure showing how poor a certain society/community is, but we also used it to point at the 3 years behind us..,.they were hellto some extent and the title captures both, the political side and the personal side of this very hell...

I heard that you are currently without a management, that you did the artwork for the record, the website etc with the help of friends. Are you currently looking for all those things or will you stick to the DIY mentality?

Robert: both, we will definitely try and find a good representation soon, since we'll be touring our asses off and it's hard to stay on the ball while you concentrate on playing and travelling...but we also want to maintain the DIY structures we set up for ourselves and we're happy with having total control over the BSF universe, so any mgmt that steps in has to be prepared to be watched closely...we want to find someone who fits into our tight knit family.
the website by the way was done by our friends from ELANY ART...they are great guys, close friends/family and more than willing to do your site too :)

Thank you very much for the interview