Okay, the first thing I would like to know is the reason why you retire?

There are a lot of reasons. If you ask anyone of us youll hear different reasons but collectively we feel like right now is the time where everything is on the top and goin really well. We are all closer as friends and like a family, you know what I mean, for a really long time. We leave something we wanted to have for such a long time. We dont want to have it like we have four different singers and when someone says he dont wanna do this you dont wanna play with him. Now is the exactly time to take it easy and just retire with something we love  but in a good way!

So in the end you will quit with Boy Sets Fire because you think it cant go any better?

Okay, so what are your plans for your future, do you have any plans for the future?

Do you have any other bands?

Yeah! I would never assumed that they will be that successful like Boy Sets Fire but yes I have some other projects, Ill started with recording an Ill start a studio. So, there are a couple of small things.

Do you know what the rest of Boy Sets Fire will do after this last tour?

Robert is going to move back to Munich and take Martial Arts and thats all I know. Nathan lives now in Richmond and well stay there for a while. But I have no Idea what hes going to do. He definitely has got two or three other bands. Josh is going to teach and Matt was thinking about going to school for architecture. Matt was even thinking of joining the Fire Department in New York which is kind of an awesome thing.

May be you can say a few words about Josh! How is his situation?

Good! Much better. He even stood yesterday for the first time. They expect him to make a walk-recovering in about a month... 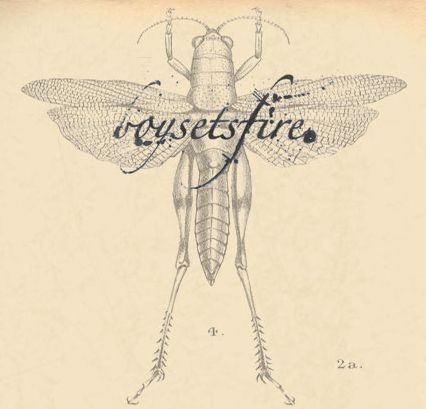 Did you wonder about the reaction of your fans? I think there were a lot of donations?

Yes, we wondered! It was really uplifting for him (Josh). His mom actually brought him that news an read some e-mails to him and recorded some phone-calls to listen to them. He wasnt able to move and so it was really nice of her that she brought all this stuff to him and he appreciates this.

You feel honoured when a band nowadays says Your music influenced my life and my music?

Yes, absolutely. I dont look at myself like Im in a huge rock band and when I leave this band it will leave a huge lack in the HC-scene. You know what I mean. I might be wired if I did so!

Anyways, what do you think about he HC-scene nowadays? Do you see a change between the year 1994 where you as a band started and now the year 2006?

I think it is less worth sometimes. But that might be like that for me because Im older. There are still kids who come to the shows and are really excited an listen to bands but for me at least its different because when I was younger it was really a heart thing and it was really a community and I dont get that sense anymore. But like I said it can be that Im much more older now and I think different about all this kind of things.

What will you miss the most after this tour and after your last twelve years with Boy Sets Fire?

Do you have any Impressions that will last in your head for the rest of your life? What was probably the greatest impression with Boy Sets Fire?

I have lots of great impressions! I really have a whole bunch of it. You now but its going to Greece was awesome, going to Australia was one of the things I always wanted to do. You know, there were a lots of little shows. In the end it was one big moment and Im happy to share these impressions with these great guys I played in a band.

How was the tour so far? How were the reactions of your friends?

I hear a lot of people that say It makes me sad but Im happy for you and so on. That reaction has been probably the hardest part of the whole thing. But it was still really great. 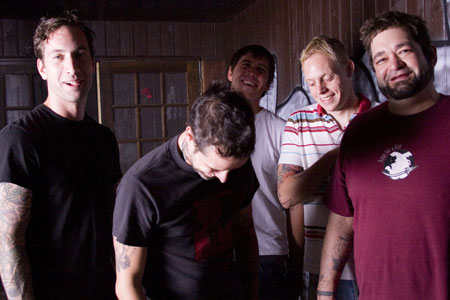 What can we expect today and for the upcoming tour dates? You will play some older songs, too?

Yes. Well play stuff of our really first release and lots of stuff of the new releases. We have three other guitars working on Joshs parts. Our roadie is going to play for about nine songs and another friend of us, of Flyswatter is going to play and one of the Hope Conspiracy guys is playing some songs tonight.

What do you actually think about Germany? You toured a lot through this country. Your bass guitar-player is German. So how do you define your relation to this country?

I always loved Germany! From the first time we came here and, I think it was 1998 or 1997, and until today I always loved German people and so on. I actually talked to my wife that we should move to Regensburg. Its a beautiful little city but she is like I dont know. You know what I mean.

Do you speak any German? For the case you move to Regensburg you would have to learn the Bavarian accent

Ein bißchen, if I would move here I would pick it up quickly. All my friends are from bavaria, so it shouldnt get to tough

Okay, do you have any last statements?

I would thank the fans to give us the opportunity to do something we always wanted to do for the last twelve years.