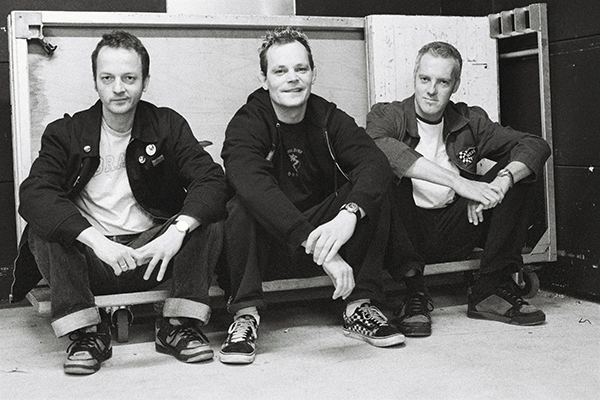 Allschools: How is the tour going so far?

René: Really, really well. I mean, everyone has been really nice. All the bands work together really well and its just like one big holiday. It really is. Its really easy. No one is stressing out, everyone is helpful and we all help out each other, its really nice

Allschools: And since when are you touring?

René: Since the 6th of August. We started in England, than we had Amsterdam, than we came to Hamburg  Hamburg  Berlin  Hamburg. So, yeah, now we are here..

Allschools: Was is already planed, that you are gonna play three shows in Hamburg?

René: Yeah, yeahh  well
Bertus: Well, no  this one, here at the Große Freiheit was the first show that was booked, and than after that the other two shows in Hamburg came  I kind of dont know if it was planed I dont plan anything anyway (laughs) What ever you say, sir
René: Well, a lot of people wane see SD in Hamburg, so it just makes sense.

Allschools: All the shows are sold out, right?

Eddy: Yes, all of them, except the first one in Hamburg. That one wasnt. But the rest of the hole tour is sold out!

Allschools: Yesterday you played at the Docks! Is it bigger than this location?

René: Yes, the Docks is for 1600 people, and this one is only 1200, and less high, so its gonna be even hotter than yesterday

Allschools: Isnt it nicer to play at a smaller place? 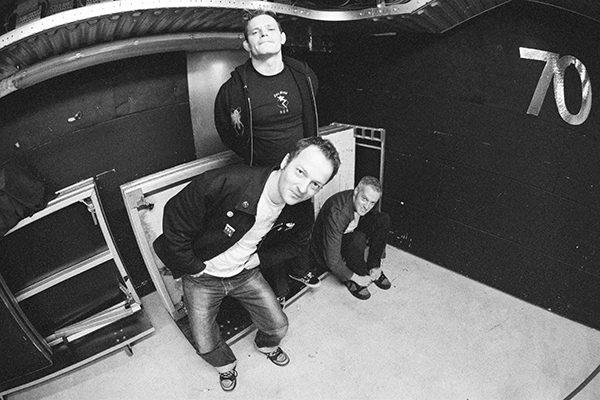 Eddy: Sure it is nicer, the sound is better - and this is a legendary place anywaywe are sitting at the exact spot where The Beatles were.
Bertus: Yeah, This rocks!!!
René: This is it! If it wasnt for this place, we wouldnt be hereBecause we, and everyone owes everything to The Beatles!

René: Yes, a lot! Every band is influenced by The Beatles.
Bertus: We listen to it a lot, in fact we listened to The Beatles on the way here.

Allschools: Any other bands that you would like to mention?

Bertus: Oh, there are so many
René: We listen to The Beatles, ACDC, The Descendents, new Bands like High Street Scene, Maxeen or Marvin Gale [...]Outcast So you see, we just like music There is no such thing as bad music, there is just bad songs.

Allschools: Lets talk about COOPER as a band: You have your fourth album released in April 2005. Are you already living of the music?

Bertus: Oh no, we have daytime jobs.
Eddy: Im an engineer.
Bertus: Im a promoter and a booking agent in Holland.

Allschools: You are the first European band being signed on kung fu records. How do you feel about that?

René: Were honoured! We are really happy to be on a label like that. Its an upcoming label and they are doing really well. They know what they do, they got their act together. And like I said, its an upcoming label with cool bands on it for instance Social Distortion  Were on the same label like Social Distortion  how fucking cool is that!
Eddy: People even check you out, because you are on kung fu
Bertus: Yeah, its a quality mark!

Allschools: So you already see the results?

Allschools: How did you get in touch with Kung records?

René: We recorded the album with Bill Stevenson. And we didnt have a deal then. And well, Kung Fu is in Holland, so it was on the top of our list. Instead of me getting masters from Bill send from Colorado to the Hejk, and me sending it from the Hejk to California I thought, well, Bill and Joe know each other. So I said: Bill, could you please send Joe a copy as well, to see what he thinks of it: And he did, and than it got bounced back to Kung Fu in Holland. That was cool.

Allschools: Talking about Bill Stevenson, who produced your record, how was his influence on the sound on your album?

René: We produced the album in five days. That was 15 songs in five days! Within the song, he arrangement, he did like little things. But he always said, maybe, it was only a suggestion. If you dont wanna do it, dont do it! But the couple of things he mentioned, that worked. It were only small things, but they really made the songs better.
Bertus: And he got us figured out. He knows the influences on our songs. They even partly came from Bill himself
René: We didnt have to explain anything. We just understood each other. We could even speak in music. Like: Do you want the Back in Black-snare or the Primer-snare?
(laughs)
Bertus: Working with him was a blast!
René: Another little holiday (laughs) .. looks like all we do is always just like holidays. Touring as well, just everything! 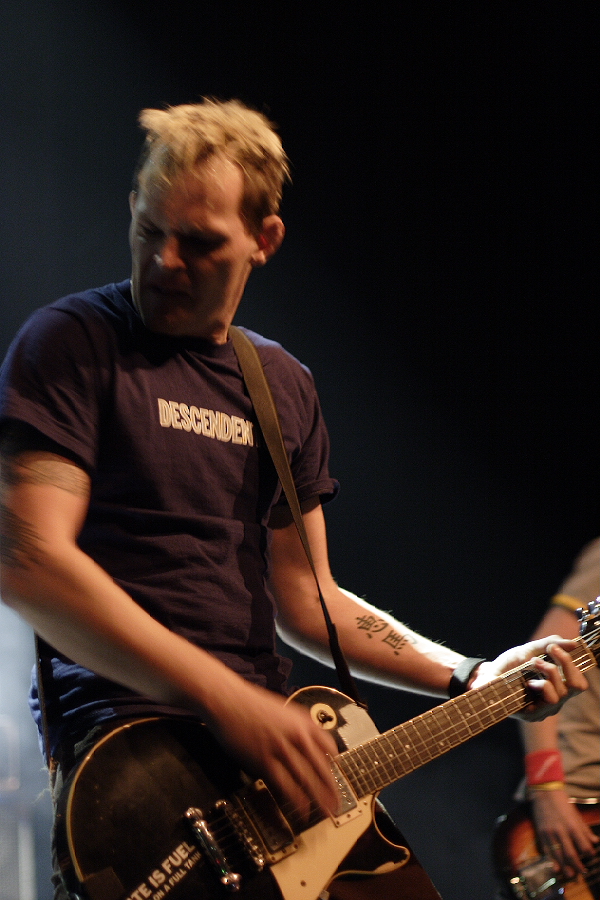 Allschools: So, you get that many days off work to tour that much?

René: Yeah, thats the little problem there (laughs).
Eddy: Im being replaced after the Bielefeld show from our current sound engineer. Hes gonna play base the rest of the tour. Cause Im out of holidays (laughs) Well get another sound engineer, I just have to make money
Bertus: We have to make some compromises here and there. But, you know, if youre a bit creative and you plan things ahead, than you can go a long way!
René: There is not a lot of bands that can live of there music, so they have to figure out how to do it instead of not doing it.

Allschools: How much of the year are you touring?

René: The real touring just started with this record. So I dont know yet. We are planning on coming back to Germany in December.

Allschools: Is that going to be a headlining tour?

René: No I dont think so, but we dont know . Just another two or three bands, I guess.

Allschools: What do you think about the music scene in the Netherlands?

René: Its healthy, a lot of good bands!

Allschools: So its almost like in Germany, were even the big bands cant really life of the music!?

René: See? Even in Germany, can you imagine? The Netherlands are such a small country. Really just a couple of bands can live of the music.
Eddy: Well, they cant a be Die Toten Hosen (laughs)

Allschools: Do you know a lot of German bands?

Bertus: We know the Toten Hosen, Beatsteakes
René: I know Seeed, I know Gentleman, and these new German language bands with girls, like Wir sind Helden.
Bertus: We know of cause the legendary old bands like Jochen Kowalski
( laughs - singing: la, lalalala) yeah they invented Ramstein.

Allschools: What are the songs on Cooper makes tomorrow allright basically about?

René: Oh, well, one is about my daughter, Im missing her and shes missing me, there is one about killing someone, well actually, there is a couple about killing. So basically the key is just relationship (laughs) And there is one about being in a band and going out and just doing what you wanna do.
Bertus: There are a lot of people, who try to talk you out of your thing.
René: Yeah, its like, we know, we are not gonna sell 3 million records, but fuck it, its fun.
Eddy: And what else do we have oh, ship ahoy!
René: That one wasnt written by me, it was written by Niall Quinn and if you ask me what its really about, I cant tell you (laughs). Its some sort of metaphor, its the general thing of being lost, I guess.

Allschools: So René, looks like you are writing almost all the lyrics?

René: I write all of them!

Allschools: With the minimum punk rock line-up of three people, do you sometimes feel kind of limited?

René: Hell no
Bertus: We feel a lot of space actually
René: You have more room for extras, because people will still be able to hear it. And we can sing with the three of us.
Eddy: And besides if one of us is sloppy, than the whole thing is getting lost. So you have to stay focus and that means that you can play very tight!
René: Yeah, you cant think Well, Ill just let the other one do the job, there is two of us anyway

Allschools: I read on your website, that two weeks ago René had a small A.T.U.! Everything ok again? 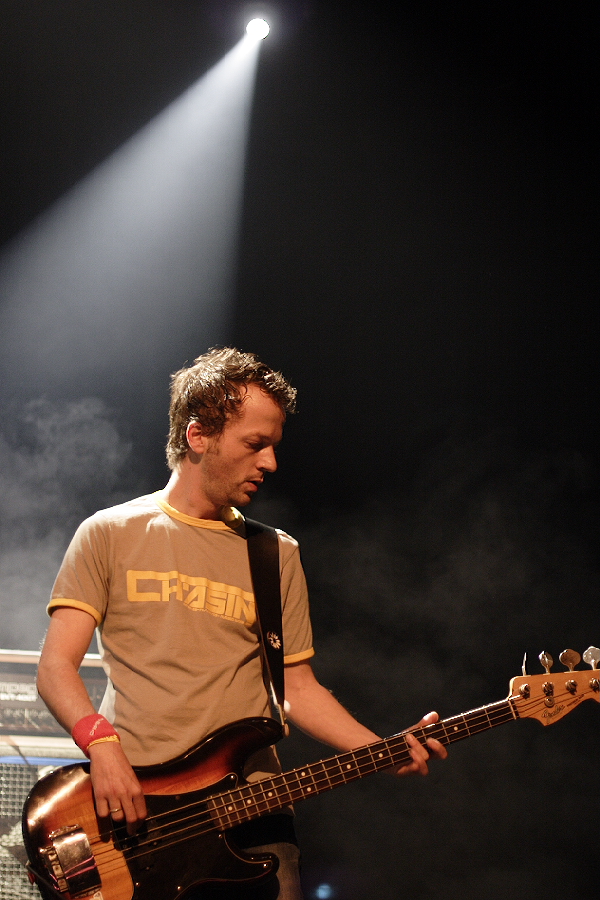 René: Yeah, I had something that is called a P.I.A., which is a short of oxygen in the brain. I got real sick, I couldnt walk, I couldnt turn left anymore. So, they got me to the hospital and had a tomography done, apparently there was nothing wrong with me They just said, I was stroke, thats it It was bad, really bad It scares the shit out of you and I dont want that to happen ever again, so I quit smoking
Eddy: Its crazy, because he is the guy in shape actually
René: You are reminded, that it could be over any second So dont take anything for granted!

Allschools: What are your plans for the future?

René: To play a lot!
Bertus: We are going to make a lot of touring Work on the new album, see what happens
René: The plan is just to enjoy ourselves!

Allschools: So, how are you going to make tomorrow alright?

René: Well, we dont like to brag (laughs) No, in a political way we are not gonna change the world, were just trying to make good songs and make tomorrow somehow a little better. And thats the same on the artwork. At first we just had the little kid sleeping, but if we make tomorrow alright, there has to something bad today So, thats where the killing came in and also because of the two songs about killing on the record (lachen) 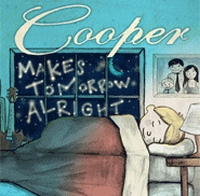 Allschools: So, she didnt make it?

Bertus: We dont know
René: No one knows, they do have some serious issues there, thou.
Eddy: In every peoples live shit happens, you know, and of course you shouldnt ignore it, but hey, once in a while, just listen to the music!

Allschools: Thats it, thank you very much for your time, and good luck for your show and the rest of the tour!

Cooper: Thank you! And when we are back in Germany, come and check us out!