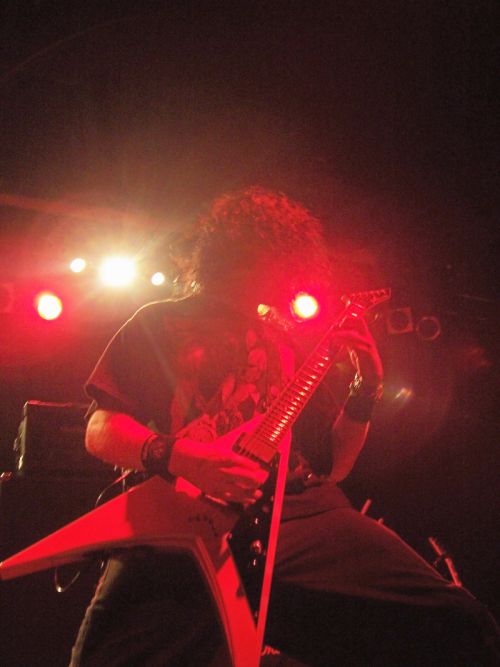 Q: How did the band get together?

Q: How did it go on from that?

M: I wasnt in the band for the first like year or year and a half years, but the main target was to make an album, and trying to get on tour. And so I said: Fine, Ill join you guys! There were not that much of plans, I mean, the four of us were already friends, lived in the same town, and we got to know Dez, and thats pretty much all to it.

M: I think technically it started as a side project for Dez, and we also had other bands, but things werent really working out that way, so we decided to make DD our main focus.

Q: How much is Mike Fafara the center-piece of the band? 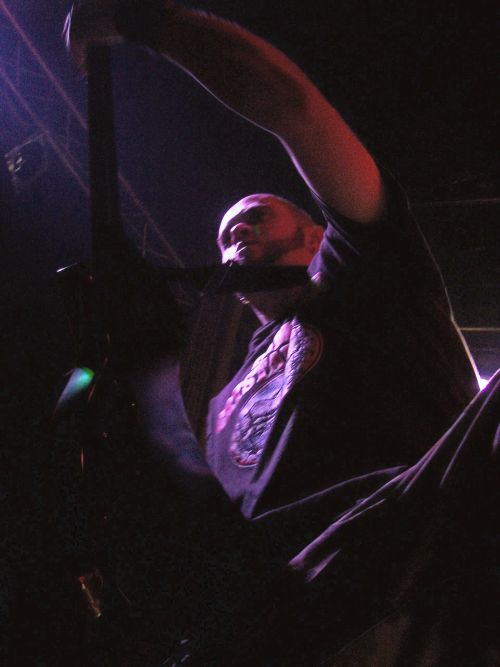 M: I mean Dez is the guitar player, but theres more to the band than only Dez. Its not like Soulfly or something like that. We are all writing the music.

Q: So how does song-writing work in Devildriver then?

M: We usually start out bringing guitar riffs into my studio at home, recorde them, work on them as a group together, then burn a CD, make sure everyone gets one so we can work on them individually and make changes if we think they are needed. And when everyone has contributed their parted and we are satisfied, we rehearse them, and then go to a studio and record them professionally.

Q: What does music mean to you?

M: I mean were having a lot of fun, and by making music I get to do what I always wanted to do since I was about six years old. I had a lot of hobies, I used to surf, and skateboard and stuff like that, but nothing made me as happy as music, and it gives me a chance to go all over the world and meet all kinds of people pretty much every day. I got to meet bands that are heroes of mine, and I got to share the stage with some of them with is awesome. Its still a hobby, but more a job. I mean I like doing it, but you also gotta load your gear, pack it, unload it, and stuff like that, and you do a lot of work a day for only 45 minutes to about an hour that you are actually on stage. So technically its both. So I think you can say: I love my job.

Q: How do you see differences in the corwds you play to? I mean for example the US crowds compared to European crowds?

M: Oh, there is a difference. European fans seem to be more curious towards bands whereas US crowds seem to be more ignorant. We are very lucky though. We have a great fan base with many loyal fans who even have Devildriver Tattooes and stuff like that. But I have noted that people in the US if they dont like a band they even go on stage and make fun of the band, and Europe seems that when they dont like a band they will go to the bar and have a beer. And in Europe there seems to be less moshing while crowds in the US seem to be a little more violent. 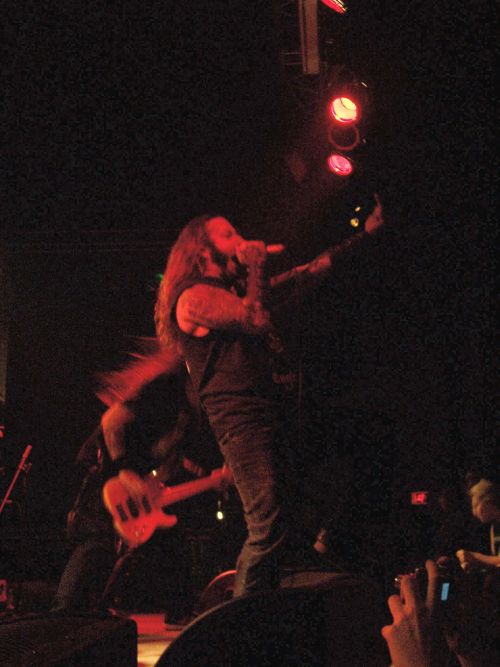 Q: Well, I dont know, but we have that sort of violent pit over here as well, but it seems to be more attached to certain types of Hardcore music. Its not that common with Metal

M: We went on tour with 3 Hardcore bands last year in Europe and there were more broken bones and noses than we have ever experienced over here. When I was younger me and my friends in highschool we would go to just any punk, metal or hardcore concert and just mosh the night through. But we never got hit in the face or anything like that, but now its like a sort of battlefield. If they need it, then let them. I just dont get it.

Q: How has the band (musically and personally) changed over the years?

M: Well, there certainly is a change from the first to the second album because the first was mostly written by only one person and the second album was written by the five or rather the four of us because our drummer also played a lot of the guitar riffs on the album and wrote some. It was more of a group effort this time. For me personally I like to write one-on-one, and I think on the next album well try that. I mean, we are not really planning anything. We just try to make it better than the last album. We try to evolve ourselves, but the music will always be Devildriver, we just try to make it better music. We have been writing already, and when we get off this tour, we have six weeks off and then go and write more songs. We wanna try to get the album out next summer, so we will try to get into the studio around early June, and start recording it. 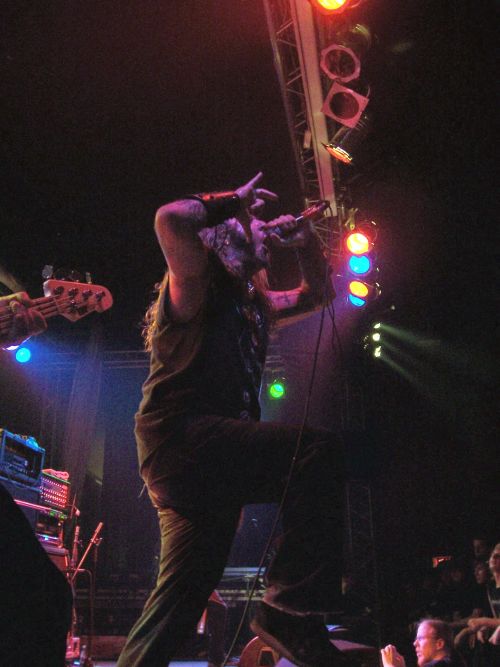 Q: And I think people have already been waiting for it

M: Yeah, I know. But we have been on the road for about a year and a half now, so its not that easy to set up a new record that way. Some bands can write on tour, but its really hard I think. If you are stuffed in a small RV, its practically impossible to write. If you dont have a big bus or something where you can go to the back and write music. Sometimes its fun to write in some backstage lounge if you find the time to do that, which is hardly ever the case. But theres definetely ideas evolving in our minds on tour, but me personally, I like writing at home much better where I have my own studio, and time to record the stuff and think it over again and again.

Q: How do you all get along on tour?

M: The funny thing with us is that we tend to get along better any tour, whereas other bands start to get into fights the longer they tour, we are all like family members and we know each other so well we sometimes dont even have to talk anymore to know what the other wants to say or feels or in what mood he is. And I also think that that is a good sign for the future of the band.

Q: Can you afford going on tour and not working nine-to-five jobs at home?

M: Yeah. I mean, not comfortably, but yeah. If you save some money while youre on the road you are ok. And I just recently moved back in with my parents because I am practically never home, so my parents house is my storage facility and I save a lot of money on rent, and I make some extra money helping my dad out, so that works out pretty good.

Q: What are the future plans for Devildriver?

M: Well, if things keep on going the way they have been the past two years this band will keep on getting bigger. Ever since I have joined the band, weve been to so many places several times, and everytime theres more people and we have just done our first headlining tour in the States, so we are all kind of knocking on wood. Not every show was sold out, but there was not one show in the entire month were there werent less than 300 kids. So we are fortunate. And we also got to play with bands that are sort of idols for us. Although, I mean, the business is kind of different these days than it has been before. I mean, I would like to see our record sales if we had made that music in 1995 or so. But we are still pretty lucky and get to do what we love and hopefully for a long, long time.