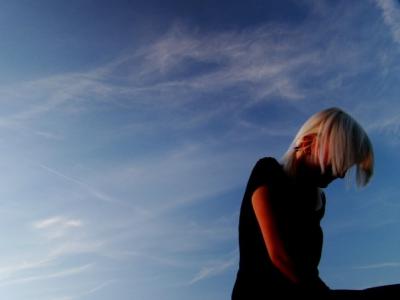 21.11.2012
Allschools: Thanks for taking some time. Could you please introduce yourselves?
Matt: Hi I’m Matt. I play drums in a band called Don Broco.
Tom: I’m Tom and I play bass.

Allschools: How is the tour so far?
Matt: Absolutely awesome. We didn’t know what to expect, because we´ve never been to Europe before. All of our friends (Lower than Atlantis, Enter Shikari) said it´s pretty cool to play in Europe, people are very enthusiastic and now it´s great to be here and see everybody is stepping up. We´re maybe a little bit behind, but we´re getting there…

Allschools: You are touring with quite different bands (Your Demise and Young Guns). How does that go along with you guys?
Tom: I think we bridge the gap a little.
Matt: Yeah. Young Guns are quite epic, They make big rock music and Your Demise are much heavier and we just bridge the gap between them.
Allschools: So you think you get both crowds?
Matt: We hope. Seeing the reaction, I think people seem to enjoy us.

Allschools: How come you did tour with Four Year Strong in UK only? Quite a few people been missing you as their support over here.
Matt: We don´t know. Even the guys said we didn´t know that you weren't coming out, but yeah we never got sorted out. But now we got the chance to tour with young Young Guns, which was quite last minute, because we replaced another band called The Xcerts. Originally our plan was not to come to Europe until next year, because our album is coming out here in February.

Allschools: Congratulations to place 25 in the UK charts. How does that feel?
Tom: Cool. We had no idea that it was even going to be in the charts, so when we hit 25 it was pretty special.
Matt: Yeah, in the midweek’s we found out that Rihanna was 9 and we were 10 so that was a cool feeling, 'cause our management told us there was a good chance we could break into Top 40, so that already blew our mind, and then we ended up being behind rihanna and at the end place 25.

Allschools: So your album is called priorities. What are your priorities music wise?
Matt: Mhmm… music wise? I think fun. It´s what we aim for when we are writing our songs and when we play them live we want to get the people involved and to put a smile on their faces so when they go home they remember having a good time. So it´s fun and maybe instant appeal. You want to be able to listen to one of our songs in the first time and like it, because we don´t tend to write groans so you have to listen to them again and again to understand them.
Allschools: So you call your music more fun music not serious?
Matt: Well it is serious, but when someone puts our record in we want them to instantly tapping their toes, nodding their heads.

Allschools: A lot of your songs sound quite ironic. What do you think about people when they tell you?
Matt: Possibly we are not the best people to ask, because Rob I writing the lyrics. But that´s cool, because what he tends to do is write about experiences he or his friends had, because he doesn't want to make something up, because he would never understand what the person in the situation would feel like. So all our songs are about what he/our friends/family had been going true. I think that’s why people who listen to it can identify and relate to our songs. If you take the song priorities. It´s about a few different people who sort of didn´t want to spend time with us anymore, because they got a girlfriend and everybody can relate to that.

Allschools: In the UK you´re called the next big thing. How do you feel about that?
Matt: It´s flattery. Things over the last 12 months have been really good for us. We´ve been a band for 3,5 years touring now and finally our ground work is starting to work out.

Allschools: What´s the difference between the UK and European crowd?
Tom: I think the main thing is we are playing to a lot of new people in Europe and they´ve never heard our music before so we really have to work hard to take them over and make sure they´re enjoying the show. A few people have come out to each of the shows and it´s amazing to see them sing along, because you´ve no idea how they've heard and it´s such a long way from home. But in the UK we have been starting to get more and more people come to the show so it´s different over there.

Allschools: I saw you in the UK and people were going nuts. Do you think this will happen here, too.
Matt: We hope so!

Allschools: Any tour tales?
Tom: About us? Because I was thinking about our manager.
Matt: Ah yeah. This didn´t happen to us, but our tour manager this morning. He had left to go home, because he had to go to a friend’s wedding. So he left the hotel and went to the airport and at 5am we got a phone call where he was saying he needed money to check his bag in, because he had lost his wallet on the tour earlier. So we had to drive to the airport to bring him the money and when he finally could fly home he realizes he got the date wrong. So the wedding was not until Saturday.
Tom: So he was dressed up in his suit, standing at the wedding venue and nobody was there.

Allschools: Do you know any German bands and how do you like them?"
Matt: I read one on a Hurricane t-shirt, but I can't remember.
Tom: Die Toten Hosen. When I was studying German in school. I had to play a song from Die Toten Hosen and then I had to look at the lyrics and understand them.
Allschools: So you speak German?
Tom: Ein bisschen.

Allschools: You are going on tour with Billy Talent. How does that feel?
Tom: We can´t wait! We get back from this tour on Sunday, have a day off and then we are going straight off to tour with Billy Talent.
Allschools: Are you fans of them?
Matt. Massive. I´ve been a huge fan for years, got all albums. I will have to control myself to stay cool when we meet them. It's one of those moments when you´re in a band and achieved certain things.

Allschools: Tell us something about Tom your new bass player.
Matt: Tom joined the band in January and now he's on probation. He's doing well, but part of the deal was he had to get us coffee and tea whenever we ask and wash our clothes on tour. This tour was the first tour when we got our standards slip, but his bass playing had been good enough and I think we are going to let it slight a bit.

Allschools: Where do you see yourself in 5 years?
Matt: We would love to still do what we do, but to bigger crowds and play at the big venues. So I can't see any time where I don´t want to do music.

Allschools: Do you have any other jobs back at home?
Matt: No we don't anymore. We had to chancel when we got signed and became a full time band.
Allschools: But how does that pay your bills?
Matt: You not gonna get rich, but we have enough to get by.
Tom: And it means we have enough time to focus on the band and put all our effort into it.
Matt: Someone willing to pay you anything to do what you love is a joy for itself. I get up every morning and can do what I love.

Allschools: What question did you always want to be ask?
Tom: I always like different questions like really weird ones.
Allschools: If you would be a disease what disease would you be?
Tom: Ahhh… I wouldn´t wish death to anyone so no one that kills people.

Allschools: Who did influence your music the most?
Matt: There are a lot of different influences, because we all like different kind of things, but we agreed to some bands.
Tom: Probably bands like Incubus, Billy Talent…
Matt: All the bands we were listening to when we were growing up and when we first started to learn our music instrument and tried to over the band’s songs.

Allschools: So with Rob you have a quite outstanding voice. Do you think that´s the main part of your band or are there other things?
Matt: He has a distinctive voice and the great thing about that is if you listen to a Don Broco song you know straight away, because you recognize him and that’s a great thing to have. He´s a great vocalist, lyricist, too, but I think as musicians people are going to appreciate what we do especially people who play an instrument themselves. Rob got's lovely muscles as well…

Allschools: A message to your German fans?
Tom: Welcome on board if you're new.
Matt: Guten Tag. Wie geht’s?
Tom: Thank you to everyone who came out to see us at a show…
Matt: ...and we hope to see a lot more of you. Check out our record when it comes out and see you guys in February.

Allschools: Do you have any plans to come back to Europe?
Matt: It´s not set in stone, but we´ve been told that we are going to be back at the early part of next year.
Allschools: On your own or with other bands?
Matt: I think we are coming with some UK bands and support them.