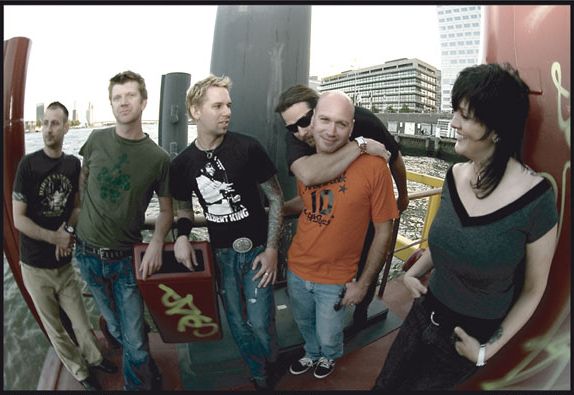 Could you please briefly introduce the members of Hermano?

D. Brown: Currently, Hermano is Dave Angstrom, Chris Leathers, Mike Callahan, John Garcia, Aleah X, and me. I say ‘currently’ because in reality Hermano is a much larger team than that. It’s really not like anyone has ever left Hermano, so when I think about the band in a larger picture I still see everyone who has performed or recorded with the band as still part of this family-like atmosphere that has always revolved around the band. There have been multiple people that have put in some time doing this project, and I certainly can’t say that those people won’t be doing something with Hermano again . . . Steve Earle, Eric Belt, Olly Smit, and Country Mark Engel are all people who have contributed significantly to what Hermano has been and continues to be. And then I would have to also include the team members who aren’t always visible . . . the people who really keep this machine moving forward. Sometimes at a snail’s pace, but forward nevertheless. Our families, our manager Ram, the guys at Suburban Records, Karen our sound woman and definitely dozens of other folks who make it possible for me to be introducing the guys that stand on the stage.

Dandy Brown, you founded the band in 1998. How did you get the idea of forming this project? Were the other members involved in the process of planning the group, or did you ask them later?

D. Brown: When I first thought of trying to demo the heavy blues riffs that I had come up with back then, I really didn’t know any of the guys in Hermano very well other than Steve Earle and Dave Angstrom, so, no, there wasn’t any other inspiration into the concept of the project other than me, a bottle of bourbon, and a hot Kentucky summer.

Do you think Hermano’s success depends on the previous fame of the bands like Kyuss, Afghan Whigs, and Supafuzz?

D. Brown: There is definitely no shame in saying that the initial interest in Hermano about eight years ago was 100% linked to the previous groups the guys in the band had performed with. In my opinion, Kyuss, Afghan Whigs and Supafuzz were all incredible bands that made a huge impact on the lives of their fans. I would have been surprised if the people who follow the careers of John Garcia, Steve Earle, and Dave Angstrom wouldn’t have been interested in what they were doing next. All of those guys are phenomenal musicians who performed with groundbreaking bands. Honestly, when I set out to do those initial demos I wanted them to be bad-ass. Why would I have asked anyone other than people who had blown me away with their previous work?

Where do you see the differences between your project and previous projects like Slo-Burn and Unida?

D. Brown: I hate to get drawn into comparing bands, so it’s really tough for me to answer this question. All three bands have their own brand of the blues . . . maybe there’s a different swing to the music, or something that has a different nuance, but there all blues bands no matter what anyone else wants to label them. I am certain, though, that the main differences come through in the type of relationships that occur within the band. I know for sure that Hermano has never had to deal with the kind of pressure either of those other two bands did, so maybe that comes through in the music as well. I think that both Slo-Burn and Unida were bands that both people inside the bands and outside of them were pressing for some kind career that is significantly different than the goals Hermano has as a group. I think the hardest thing for people to understand about Hermano is that all of us have lives outside of the band that are equally if not more important to who we are as people.

Your latest album “Dare I Say” was produced in 2004. Why did you choose to release a DVD instead of a CD this time?

D. Brown: Going back to the previous question, there are certain things in our lives that take have to take precedent. With Hermano there is the fact that we all have wives that are the center pieces of our lives. Along with that, John, Dave and I have children that are the lights of our lives. If anyone thinks I would miss my children growing up to go on the road . . . well, it just wouldn’t happen. Unfortunately, we just don’t get a chance to tour more than a couple of weeks each year, and then a few more weeks to focus upon a project such as a DVD or a new collection of music. We are continually writing and passing music, but other than John and me there isn’t a member of Hermano that lives closer than 2000 miles away! That makes Monday, Wednesday, Friday rehearsal pretty difficult. With that in mind, we thought that it might be time to release something to give those folks who are interested in the band and haven’t had the opportunity to get out to one of those brief tours a closer look at Hermano. 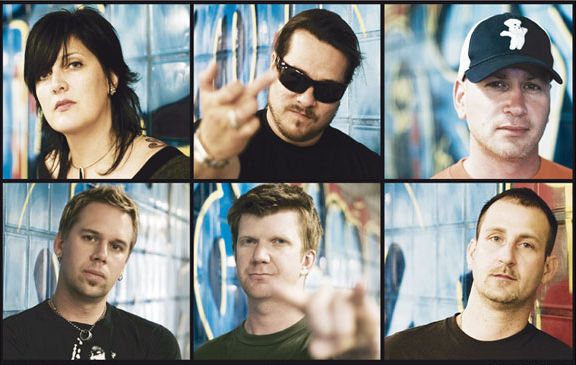 Hermano is Spanish for brother. Why did you choose that name?

D. Brown: I came up with that name shortly after the very first time we were in the studio together. Everyone in the band was a stranger to someone else in the band, but the friendships that were immediately struck up from those initial sessions made the name Hermano obvious to me.

You always talk about your band as a family. Do you feel that way?

D. Brown: Definitely there are some of the strongest friendships I have ever had in my life. I feel that connection musically as well . . . as though we were all created from the same seed in many ways.

Is it difficult to keep a band like Hermano alive and up to date while the members are spread all over the United States?

D. Brown: Again, if our goals were different, or if our priorities were aligned a different way, then there would be no way to keep Hermano together. We simply aren’t a band that allows anything or anyone to put pressure on us to do anything we don’t want to do. While we have probably shot ourselves in the foot financially over the last couple of years due to this attitude, that’s just not the kind of shit that means the most to us. To be blunt, we play music how we want to, when we want to, and where we want to so long as it fits in with us being able to fully experience the growth of our children and the love of our wives.

You toured through the US and through Europe a lot. Did you realize differences in fans reaction and behavior at your shows?

D. Brown: Europe is really where Hermano has done most of our significant touring. We did one US tour and various one-off’s over the last eight years, but there is a vast difference between the way Hermano is received in our own home vs. Europe. I don’t want to completely disrespect the folks who are open to and enjoy heavy blues in the United States because there are truly thousands of people in the US who are open to and desiring of rock music in the vein of what we write and perform. It’s really no secret, though, that the people in Europe seek out and respect pieces of culture that aren’t pre-packaged and polished to be shoved down their throats by corporate suits. I know there are many people in Europe that are similar, but it is extremely disturbing just how many people there are in the United States who can’t decide if something is cool or not unless they see it a million times on television or in magazines, or if payola to radio had pushed something into their ears a few thousand times. I could rage on and on about my disgust with the fact that there are too many people in the US, especially in the area of music, who aren’t able to make up their own minds about what they like and don’t like unless there is an industry machine plotting, planning, and smoothing off the rough edges so that it goes down easy and thoughtlessly. This, of course, could be applied to other aspects of our culture, but enough of that shit.

Is there a location you enjoy playing the most? What is your favorite city?

D. Brown: That’s another kind of cornering question that I don’t like to get into answering because all of the shows Hermano has done in Europe have been amazing. The people, the reception, and the hospitality . . . it has always been absolutely incredible. Personally, though, outside of music, I have always loved the time I have spent in Spain, especially the Basque region. If I could spend some significant time in one place with my wife and kids, I would love to take them to Bilbao for a month or two.

What are your plans for the future? Will you stay together and can we hope for another great album?

D. Brown: I plan on finishing this interview and then going in hang out with my kids for a while before bedtime. As for Hermano, though, we are currently sitting on the next record, and just trying to manage the time to record it. Right now it’s looking like we are going to start tracking the new songs sometime this winter, and wrapping up the next studio release toward the end of next summer. During the time in between, we’ll probably write a couple of other records, and keep doing our own thing. John and Mike have been working on a solo projects, Dave and Aleah have been performing with their new band Banger, Chris is touring with Swagger, and I am writing a new record with Adam McIntosh from Gruesome Galore and Country Mark Engel and Mike Riley from Orquesta del Desierto. Definitely, though, Hermano will continue to be around and release records for a long time to come. There’s no pressure on us to do anything else.