Interview mit It\'s Not Not 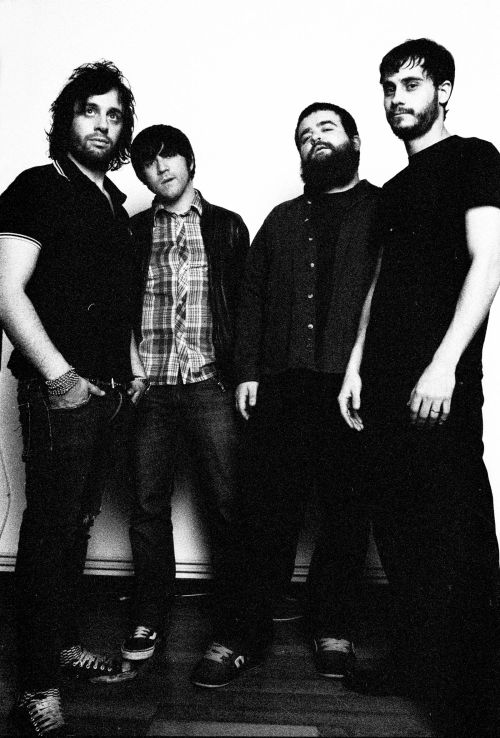 To start with, please give us a short introduction to IT'S NOT NOT and its band members.

Hello, it's not not began like 3 years ago when a group of friends decide to make a band together.to catch smiles and shake asses!!!
Raul: bass and bee gees back vocals
Ruben: guitar, sampler and yeahs!
Piti: drums and pivot grinds
Joel: Vocals and sweet sweep

How did you guys meet each other and how did you come up with the idea to form a band?

We had been friends for a lot of years, so what is better that to have a band together? I remember I summer night when we decided to do it. then we started to practice, having fun and everything came so easily.

With members from TOKYO SEX DESTRUCTION and STANDSTILL do you get a lot of attention in the scene?

Yes, there is some people that know it's not not because of Tokyo or Standstill, but also there is people that they don't know anything about Tokyo or Standstill and they come to our shows and buy ours Records. I mean, we were born with this, we know from the beginning that some people would try to compare us with the other bands. We are all like a big family and we all work together because we must to plan so good our time. when which band is going on tour, when which band have to go to studio.

It's often said and also mentioned in your band info that IT'S NOT NOT would be the next big thing if they came from the UK, what do you think about this statement? 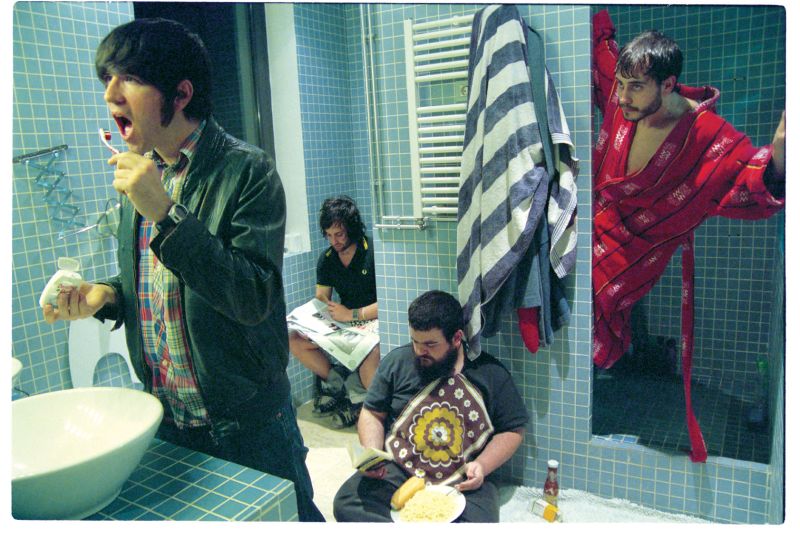 Ah yes? They say this? Jjajajjaja. I don't know, but one thing is sure, when you are coming from UK and you are on the magazines there everything seems so easy. There are a lot of shity bands that they have success just because some magazines say that they are cool. this is not our statement.

What are the differences between "No Time For Jokes" and your first release?

The usual differences between a first record and a second record. what i want to mean is that during the time between the first (giving everything) and this new album we have grown like a band.we play better our instruments and we know better how we want its not not. In this second album we had much more time to work on the songs before going to the studio and we had very clear how we wanted this album (no time for jokes), so in the studio everything went easy and we had time to work in details and to experiment with the sound.

What are your lyrics basically about? 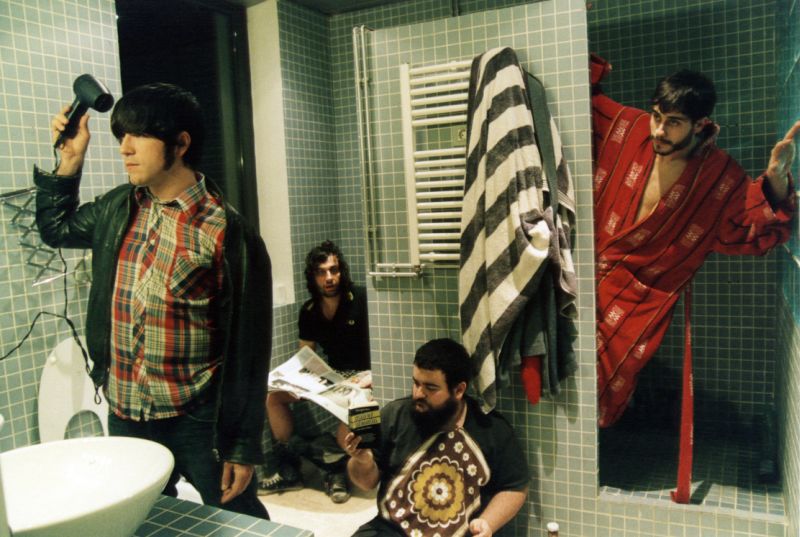 You seem to have a lot of fun on "No Time For Jokes". How does a typical IT'S NOT NOT song evolve? Just jamming and experimenting?

That's true, we had a lot of fun composing the album. I think that this is a main thing in its not not, we need to have fun when we play. the day that we are not having fun, we are dead!

We are always together in the practice room in the moment to compose a song..somebody starts with a good riff and then everybody follows. This is the base, then we sep what we like and we work together on it. I think that experimenting and jamming are two words that can define good what we do in the practice room. 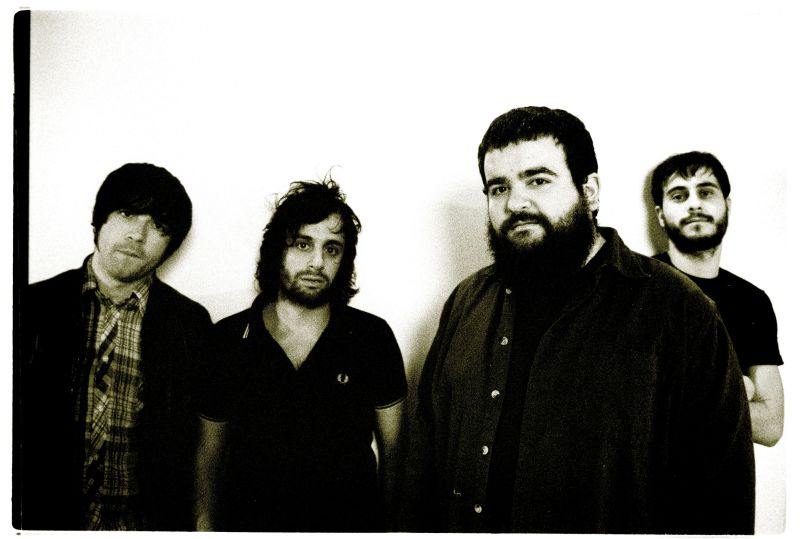 What music inspires you?

We all listen so different music styles and this is interesting for the band because then everybody can give a lot and you make the band grow. we like basically punkrock, but also folk, hip hop, pop, metal..so many interesting things to listen to

How would you describe the music scene of Barcelona?

In Barcelona we have some amazing bands! Bcore (our label in spain) have a lot of interesting bands and the most of them come from Barcelona. We are so lucky to live in so beautiful city with beautiful sounds.you all have to come to visit Barcelona!!! We like bands like zeidun, le search, nueva vulcano, cinder,. and of course standstill and Tokyo Sex Destruction!!!

What's the motivation behind IT'S NOT NOT? Is it only a side project which keeps on running for a couple of years or what priority does it have?

It's not not is NOT NOT just a side project!!! We had some misunderstandings in spain for that.some people thought that we were just a joke band. with this second album we demostrate that this is not like this and that we are a serious band! NO TIME FOR JOKES folks!!!! Its not not is here to shake your ass!!!

During November 05 we have a Spanish tour, then during December we are coming back to germany again!!! (also france, austria, Switzerland.) it will be the third time that we are coming on tour to germany.we had been playing more in Germany than in Spain.we love to come here!!!! So be ready and check the dates on www.defiancerecords.de or www.myspace.com/itsnotnot !!! 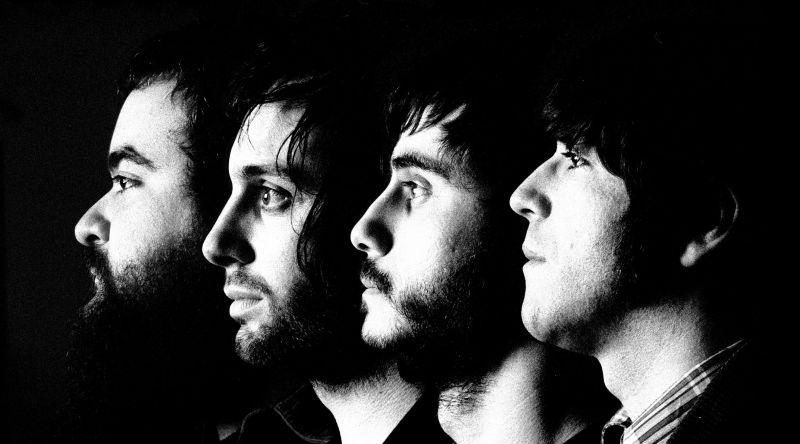 After this we will start to write new songs for a new album!!! And we will keep on playing everywhere where we can!!!

Thanks a lot for the interest!

We hope to see you all with a big smile during this december somewhere in europe!!!