Left alone is a punk band from a small town 30 min south of Los Angeles called Wilmington. Being together now for over 10 years LA seems to have become a touring machine and has been on the road since 2004. D.I.Y is how we do things. Always have always will.

How did you guys meet each other?

I first met Ramrod back in 99 or 2000. He played drums for a local band that would open for us and I always liked his drumming. He worked at the local McDonalds and when I started to look for a new drummer he was my first choice. Kat on the other hand was a fan who kept bugging me that he played sax and that if I ever needed a sax player he was down, well the
day came and I asked him to join. Lil Rudy came to our bass player try outs and boy did he blow it...man he choked on stage but something told me to call him back and when I did he was really good in our garage so we kept him. Funny cause I'm the only original member and it seems I get a new member in every 2 or 3 years its cool cause it brings a new vibe every time.

You also run Smelvis Records. What is the story of the label? 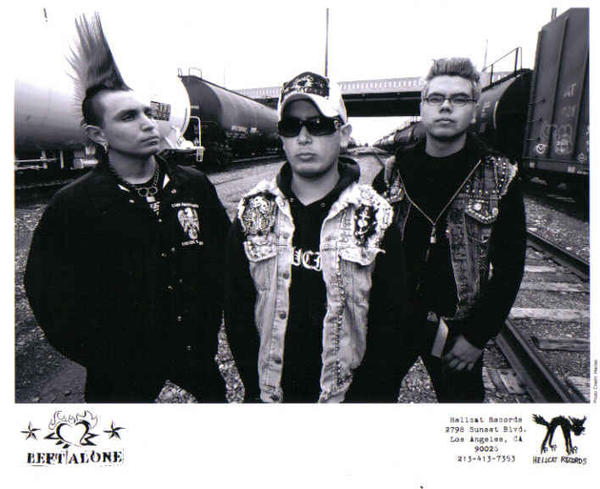 I started Smelvis Records as a means to release our first recordings cause no one wanted to in the early days. I still have 2 hellcat rejection letters 1 fat wreck chords letter I framed on my wall to always remind me of the days when no one cared. I have a lot of the early LA stuff on their plus a few great bands I like from Los Angeles. I will always put out records on Smelvis I love it

After re-releasing "Lonely Starts & Broken Hearts" last year your new album "Dead American Radio" has just been released. What can we expect from the new record?

"Dead American Radio" is a solid record. Its our most adventures record to date. We got to explore other styles of music and put together a punk record that reminds me a bit of Elvis Costello's "my aim is true" it has punk, ska, rock n roll and even some country. Its very different to what's popular today and I like that. I wrote 90% of it on tour in the U.S and Europe and I really think it shows.

You combine a lot of musical influences in you sound. Where exactly do you see the influences?

My personal influences on this record and basicaly in my song writing come from Elvis Costello, The Clash, Swingin Utters, Rancid, Johnny Cash.

Who came up with the idea of a duet in Spanish?

I had the idea about a duet in spanish for years but never really had anyone to do it with that was until I met Patricia. She totaly did a rad job and actually theirs also an english version we will release eventually I think. I had her listen to the song when we were touring with the
Horrorpops and she liked the song and the idea then after the tour she wrote a different chorus for it and we recorded it. She nailed it in spanish...maybe for the special edition dvd version we will bust a german version hahhahahah

Please tell me something about your closing track "I Hate Emo".

I wrote I hate emo on stage while on the Horrorpops U.S tour in 2005. I was drunk and I think I had just seen the johnny cash movie or something cause I totaly ripped off his riff but I just started talking shit about the emo bands and people laughed so we kept it as a song.....funny how a joke became a song. But I do hate emo I think its fake, lame and full of total posers....wait till we make a video for it......its gonna be punks fighting emo kids in a ring and giving them hair cuts...

What do you think about all these internet communities like Myspace?

Myspace blows!!!! Yea I said it. I think its a great tool if your in a band or have a business but as a regular person its dumb I mean if you really want to leave me a message call my cell, or if you wanna leave me a comment call me chances are if your my "friend" you have my cell. One thing that I think is retarded is how much information people will put on their I bet all the crazy stockers get mad cause it takes the fun out of tryin to find out information..and what about the fat chicks? With their angle pictures to make them look thin? Man my boy tried to hook up with a girl and when he met her in person she looked like jaba the hutt....

Can you give us a short statement on SLAYER? What is you opinion as a punk band on them? 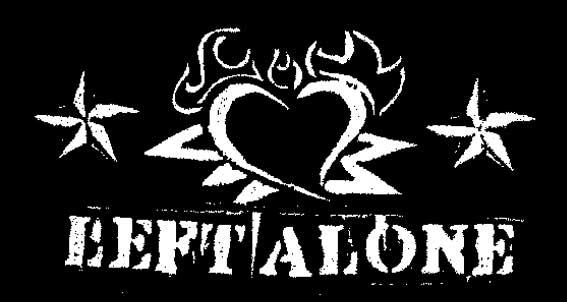 Are you going to tour Europe and especially Germany?

We hope to hit Germany in early 2007. Actually all of Europe, we had such a good time last time we were their we wanna go back!

I hope you guys get ahold of our record and take a listen so when we come thru your town everyone is drunk and singing along. Elvis Cortez