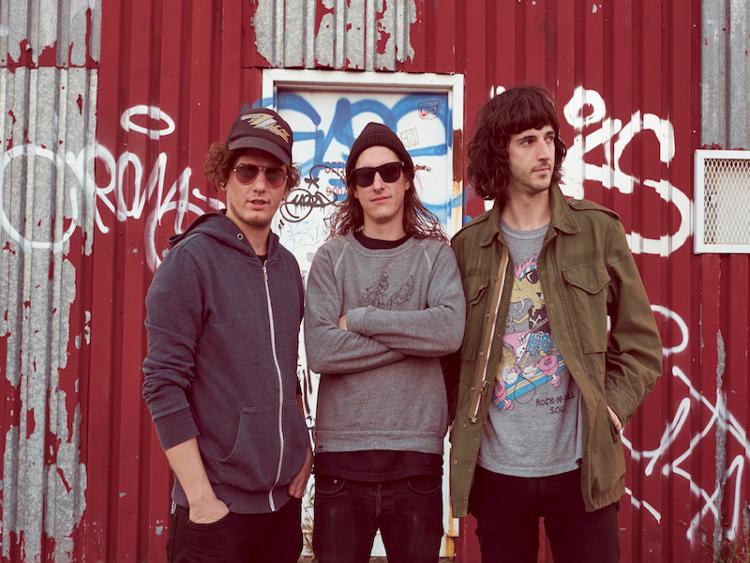 Congratulations on your first full length release for Fat Wreck! Do you recall how and when they first approached you guys?

Billy Jeans (guitar / vocals) (BJ): We wrote them an email with some of the recordings and said 'hey wanna put this out?'. I was totally surprised that this tactic worked.

Was putting together the songs for "Tight New Dimension" an easy process? Where did the writing take place and how did you feel about the record once you listened to the final master?

BJ: This album was a pretty even division between songs written by myself, Jeans Wilder, and collaborations. By the time I've finished a recording that we put a lot of time into I'm completely sick of it. Every time I consider revisiting it, I just listen to Tina Turner instead and I'm satisfied.

Jeans Wilder (bass / vocals) (JW): This album was definitely the most complicated in terms of the recording/mixing process. It took FOREVER, and now we can never listen to this album again. But the writing portion of it went pretty smoothly, we had like 20 songs ready to go when we hopped in the van to LA to record.

How ask response been after you guys joined Fat? Do people miss the "old" Mean Jeans sound?

BJ:  Good question! I'm sure some people prefer our earlier stuff. There hasn't been any deliberate departure from that, but you can only write so many 3-chord songs about cocaine.  Now we have 4-chord songs about drinking Coors Light instead of eating dinner.

JW: I remember on the first album that the guy who recorded it taped little towels to every single drum before recording. We didn't do that this time. Other than that not much has changed regarding our attitude towards the music.

"Tight New Dimension" is a catchy and pumping yet poppy set of tunes. What did you focus on most in the studio?

BJ: We were mostly focused on keeping our BWC levels up. Beer Weed Combo.

JW: As far as drums I just tried to get through a whole take without fucking up, so no fancy stuff. In terms of singing I remember both me and Billy were strugglin from too much guzzlin'. On the first album there was one song where I fucked up on drums, so I just inserted a "wooaaahhhh" over it to cover it up (on rats, roaches and jeans)

I love how there is this beachy, „wavy“ kind of flow throughout the songs on „Tight New Dimension“. How does the (punk) scene of (your hometown) Portland inspire you and your sound?

BJ: I'm stoked the record sounds Wavy too you.

JW: Maybe because we are buds with Guantanamo Baywatch?

What did you do the day Michael Jackson died?

BJ: I'm pretty sure we got mega twisted right?

Are there any certain countries/cities/venues that you guys are looking forward to be playing in particular?

BJ: I'm excited for our first trip to Finland!

You guys will play a bunch of really shady punk clubs in Europe on your upcoming tour. How do you prepare for that?

BJ: You take one cup of Peppermint Schnapps and one cup of Jagermeister and put a straw from each into the corresponding nostril. And dress punk as shit.

JW: And lots of free giant bottles of beer