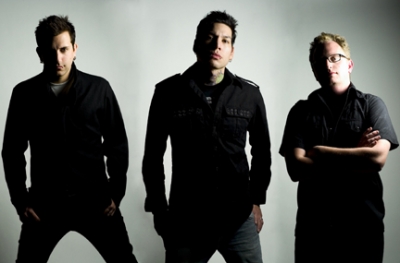 To stat with, give us some insight on MXPX and its band members.

Please explain the title of your latest release,  Panic, in what relation does it stand to the music on the album.

Panic is about the state of the world. Everyone is worried about every little thing... A wave will crush them, A terrorist will blow them up, Killer bees will get them. The world is in a panic.

I would say  Panic is on one hand a very poppy album, on the other hand you come up with a whole lot of aggression and an unusual somberness. Tell us something about your basic motivation on  Panic. Is there a partial return to your old sound?

There is a return to the old ways in panic for sure. We wanted to just rock harder than we had ever rocked before.

You obviously experimented a lot with your sound on  Panic and used keyboards or a hammond organ. What other influences can we expect on  Panic?

We really played around with the pro tools on some parts of the record. There is definitely a more heavy bit on some songs. There is much more aggression than on our last album on panic. 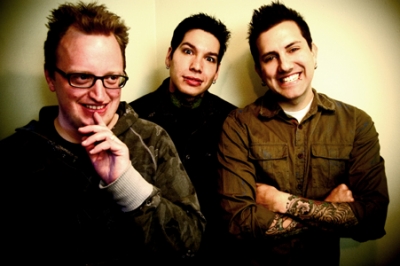 You had some interesting co-songwriters on  Panic like Joe Gittleman (MIGHTY MIGHTY BOSSTONES, AVOID ONE THING) or Mark Hoppus (BLINK 182). How did this collaboration materialize and how did you experience it?

Mike decided to try writing with some friends for a change. We'd never done that before and I think it worked out very well.

There is a lot of discussion about MXPX being a christian band. What role does your religion play in your lives and how is it influencing the music and lyrics you write?

We are christians. When you write music whatever is in your life will come across somehow. Maybe not overtly but maybe in more subtle ways.

Your song "Well Adjusted" has been used in a TV public service announcement by the President's Council on Drug Abuse and the Partnership for a Drug-Free America. Besides the noble cause didnt you have any conflicts being promoted by the Bush administration?

It wasn't really the Bush administration, It was a council on drugs. We were actually asked to play the republican national convention and we turned it down on principal.

After your "B-Movie" DVD,  Panic is your second release on Sideonedummy. How do you feel on your new label and why did you change labels in the first place?


We wanted to get off of A&M for a long time and finally they agreed to let us go. We absolutely love working with SideOneDummy. They are actually working for us and not against us.

MXPX can be considered as punk rock veterans with 7 full length studio albums and a hell lot of other releases. How do you guys feel opening a show for a hyped band like GOOD CHARLOTTE or NEW FOUND GLORY who eventually warmed up the crowd for you guys a couple of years ago? 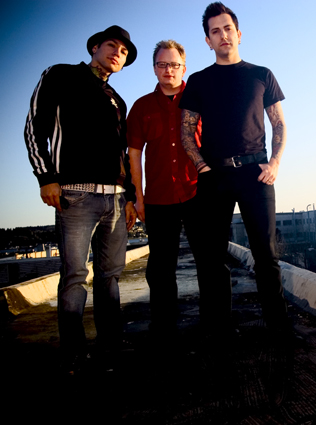 It didn't bother us at all. The popularity game isn't a game we care to be a part of. Good Charlotte are a huge band, we influenced them to start a band so it's cool to see something that you helped start go so well. I'm always stoked to see my friends be sucessfull.

What do you think about todays punk rock scene in general?

I think it is more diverse and bigger than it has ever been. If I were a doctor I'd say that it's healthier than ever.

Who are the people you view as role models and maybe impacted you in some way?

Bands like the Descendents who worked hard for years and influenced so many other bands to form.

What kind of stuff do you do besides music?

Where do you see yourselves in 5 years?

No idea???? Hopefully still rocking harder than ever.

Thank you very much for your time, do you have any final comment?