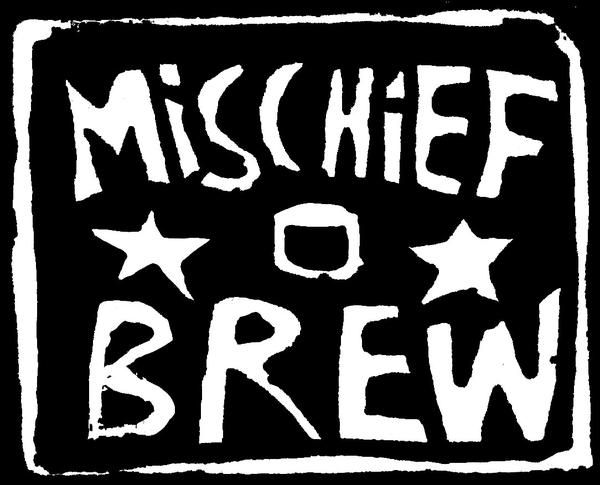 Starting out seven years ago in Upper Darby, PA as an acoustic act, Mischief Brew is a punk rock band inspired by labor songs of old. Frontman Erik Peterson adds guests to the recording of his albums to create a thicker sound in the studio.

What are your musical inspirations?

Erik Peterson: I grew up on punk. Then I started to look for other forms of rebellion in music that weren’t just punk rock: older traditional music, labor songs, working songs, songs from the 1300’s which are just as radical as songs from today. Hearing these voices of the past inspired me to incorporate other sounds into the music other than just straight forward punk rock stuff. That was kind of the genesis of Mischief Brew.

Erik Peterson: He does. I saw him last night actually. He did one song with us and wanted to do more. We’ve known each other for years. When I wrote that song, “Ten thousand fleas” I figured it had his name all over it *laughs* so I asked him to do it.

How did you guys meet?

Erik Peterson: We met in Philly; he used to squat in Philly. We kinda met that way through Chocking Victim, about ten years ago.

Where did you squat? 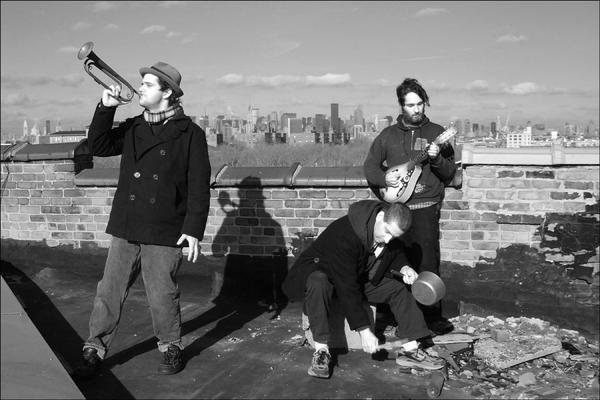 Erik Peterson: I’ve never squatted. I’ve hung out in plenty, and have many friends that have and do, but myself no.

Do you feel you’ve inspired through your music?

Erik Peterson: If people are inspired to anything, I’m happy. Whether it’s have a garden, or join a group, or paint a mural. I think everyone has to do what they can within what they’re meant to do. If some one’s a carpenter, they’re probably not meant to be a public speaker. What the can within their own communities, professions, careers.

How do you feel we can inspire the youth of today, who are living in a society where it’s practically illegal to do anything but consume?

Erik Peterson: Say and do whatever you can to break out of the sleep walk. That’s what I did, because no one will do it for you. It’s a constant barrage of mind numbing-ness that’s coming down on everybody. So however you can liberate yourself or feel liberated or free, do it, as long as it’s not hurting anyone else. Shut off the TV and ride a bike--which is something that I myself need to do sometimes (we’re all guilty of sloth in our own ways).

In the nomads are settling down. Are you expressing that people in the scene are not keeping it real anymore?

Erik Peterson: No! Well, partially. I am talking about people in the “scene.” I’m talking about people growing up, but they’re definitely keeping it real. It’s all about keeping it real. But it’s about keeping it real in ways that a younger version of yourself would be scared of. Whether it’s having a kid or getting a real job. It’s taking the ethics of punk, and applying it to your life as you get older. I meet more and more people like that and they’re more inspiring to me than anybody. You take a band like the Subhumans. They’re in their late fourties and they’re still rockin’ it, you know. A lot of my friends and family have kids and own houses. They’re doing things that you never think you’re going to do. You think, “I’m gonna stay like this forever!” But that can’t happen, so the way to stay alive inside, you take the ethics and adapt them. Everyone’s gotta change, but to change and grow gracefully and keep it real is very important.

In growing older, how do you apply your energy and messages into something productive in keeping with punk ethics.

Erik Peterson: Sometimes it’s hard to keep the energy going, most times it’s not. But you apply it to everything: to music, the way you act, the way you live, how you are in conversations, how you treat everyone else--these are all punk ethics. That to me is what can’t be lost. We grow up, we start dressing normal, that’s all petty shit. But I like to think that I’ll always take this time in my life, for fifteen years now playing punk music, and never look back and say, “what a waste of time!” I look at it as something that saved my life, and continues to.

Erik Peterson: Punk ethics…it’s so wide and vast. It’s intertwined with anarchism. From being responsible for your own actions, all the way to doing DIY shows and cutting out the middle man. It’s a pretty amazing and wide network. It’s not perfect, but when it works, it’s a pretty strong alternative to every other system, and I take it for granted sometimes, definitely. Punk ethics. Punk communities. We have this fabric that connects us all in ways that we can meet someone from the other coast and just mention a band and just know each other all of a sudden and know what we’re about…so it runs pretty deep.

Do you feel a unity with PA punk bands (such as Anti-Flag) as a force to promote this ideology?

Erik Peterson: Anti-flag is on a much different level, but they’re still really important because they take their politics and espouse them to younger fans. So I think that’s really good. If the kids start thinking about the prison systems through Anti-flag, sounds good to me. I don’t have anything against those bands that get big, and then don’t lose their politics.