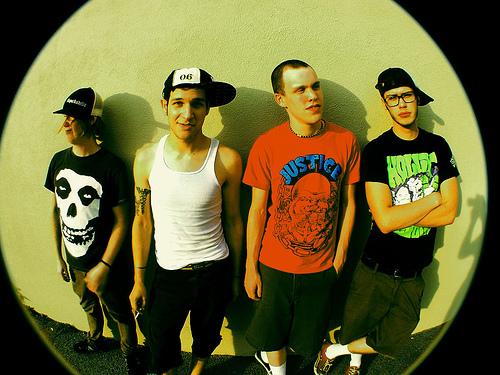 Roya: Tell us how you met.

Devin: I've known Josh (bassist) for a few years and we have always wanted to play music together. He was good friends with FX and we all hooked up and got Wes in on it, and here we are. I would also like to point out that they were all three in another band that broke up and that's how we decided to form Murdock.

Roya: How is the punk scene in Nashville, and in Tennessee as a whole?

Devin: Unfortunately, not very good; this sucks because there are some really great bands around. Kids here just aren't into good shit. They like trendy commercialism I guess. (Suckers...). We tour a lot though, so the scene here doesn't really bother us too much. We still get good draws at shows (and t-shirt orders...)

Roya: What bands have inspired your music?

Devin: I can't speak for everyone but personally I admire The Germs, The Descendents, Screeching Weasel, The Addicts...just punk rock period...and reggae.

Roya: What inspires your lyrics?

Devin: For awhile, I was absorbed with writing political stuff, but I began to see myself getting too serious and emotional about the lyrics. I was singing, and it really affected my attitude live (going on political rants in between songs). Now I only write songs about silly things or girls and stuff because I want Murdock to be fun... not serious.

Devin: Flight 216 is a song about breaking up with a girl because of having too much on your plate, if you will. It's about "getting on a plane" and leaving her forever.

Devin: Our drummer FX got high and dove into a bonfire.

Roya: How long have you been playing? 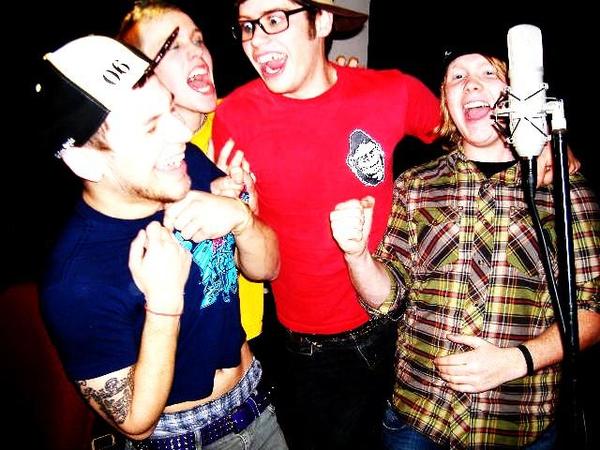 Devin: Only a year, but with all that we have accomplished it seems like much longer.

Roya: Can you tell your fans a little about your album and where they can pick it up?

Devin: Well, our album will be available this summer. Its 15 songs and it will be available internationally through Interpunk.com, as well as through indie distributors and at our shows. It’s in the mastering stage so we're still developing it 6 months down the road. We plan to release an EP immediately after that.

Devin: Murdock will be doing 4 U.S. tours (covering 4 different regions) this year and possibly a European tour, but that isn't set in stone.

Hannah: Tell us about the super Nintendo tour.

Devin: It's the spring tour we're going on. It should be fun, and we hope to see a lot of kids there. It’s actually called the super ninTRENDo tour, a play on words.

Devin: No, not ever hardly. We typically only play venues. All ages I would like to point out. I'm really big on All Ages shows. It’s important to me that younger kids come out to shows because they have the most energy, but to answer your question fully, Murdock doesn’t see very many house shows.

Hannah: Have you heard of the halfway house in Philadelphia? You should play there when you come to Philly on March 3.

Devin: I actually haven't heard of it. We have some great contacts up there and some bands looking to help us out so we'll see what happens.

Devin: Thanks for interviewing us... check out http://www.myspace.com/officialmurdock and check us out on tours in the future.