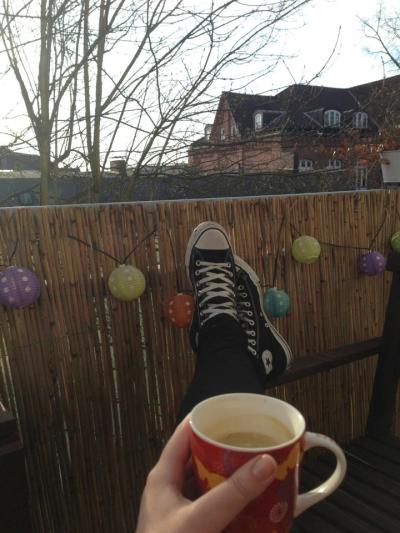 I am so sorry that we didn’t get the chance to talk but sometimes timing is everything and we’re both running in circles.. on very, very busy tracks. But anyways: Let’s get started!

You announced the Family First Festival, which sold out immediately. What should fans expect? Are you (or were you) considering also performing with your solo project at the festival?

We were completely blown away by how fast the festival sold out! It was both exciting, and a little nerve wracking to put together a festival ourselves. If it crashed and burned, it would have been on us, you know?

On the flip side, being able to put together a show exactly how we wanted, with people we knew and loved, was an amazing feeling. Sort of like a trophy for all those years of hard work.

Leading up to the Family First festival, I will do a two week solo tour. And…there will be an announcement close to the fest date of a possible show involving BSF and my solo endeavor.

OK – so the obvious reason for this interview now is that you guys announced a new album for later this year. What can you tell us so far?

We haven’t yet announced a release date, but it will be soon-ish. Chad and I have been working hard getting the vocals finished up in the last couple of weeks, and I’m excited about how everything is shaping up. I honestly feel like this is going to be my favorite album we’ve put out yet.

For me personally, this has been different in that now with my solo project, I have a space to sort of exercise some of the ideals that are important to me, but not necessarily the rest of the guys in BSF. This somewhat allows me to come at the lyrics differently than in the last couple of BSF albums since I don’t have such an urgent need to talk about certain things, and I am able to keep creating songs that are relatable to the whole of the BSF fan base.

Will it be available on vinyl in the US (/in Europe)? And will you – by any chance – bring some of the"Misery Index" vinyls (the golden/white edition) to Europe on your tour or for the Festival?

We know that BOYSETSFIRE fans love their vinyl… that being said, I guess you’ll have to wait and see, hm? =)

It’s been almost 6 months since we last spoke about your solo endeavor. That was right before the release of the EP. You’ve played quite some gigs now, have been doing more work on songs. Tell me a little bit about that. Do you feel content about how it’s going?

Now that the studio is back in operation, there has been a lot of writing going on, as well as some remixing, and re-imagining of the original songs from the EP we released in January. Taking songs that I (and hopefully the rest of you) already loved, and crafting them into songs that sound completely new, whether through stripped down acoustic versions, or dance type re-mixes, is something I haven’t really been able to do before now. I am honestly loving how things are turning out. All the elements that have gone into this process - Dan’s incredible digital artistry, Rebecca’s soulful piano stylings, and Elise’s dark work on the cello, continue to help me create extremely personal pieces that I’m really proud of. We are looking to release some new stuff at the beginning of 2016.

We have our first few live shows under our belt, and have several more coming up. So far, the response has been amazing! I feel like we are settling into the rhythm there, both musically and aesthetically. I’ve put so much thought into how to set the stage, the ritual chamber as I refer to it, to maximize the cathartic effect for both myself, and for the audience. If you’ve seen us play, or have seen images from the shows thus far, you’ve noticed that we travel heavy with stage pieces. It’s been somewhat tricky logistically fitting three men, their instruments, and giant satanic imagery on tiny bar stages, but we are making it work. =)

I’m also kicking around the idea of adding some new elements to the live show, which will hopefully add something unique to the experience. Spoken word, some direct interaction with the audience...don’t want to give too much away about that just yet though...

Oh! I also finally took a leap and put a guitar in my hands on stage, which was sort of terrifying at first, but I’m glad I did. Look for more of that happening in future shows, too. I really cannot wait to hit the road and bring the solo endeavor to my German fans. I sincerely hope to see some familiar faces on that tour.

And as for your last question...I would never describe myself as being “content” with how anything is going. Seems like a word that says “OK. This is good. We can stop working now,” and that just isn’t in my nature. I would say that I am excited about the direction I am going, and look forward to continuing the work to head down that path.

Finally, as quoting Nathan Gray seems to be the new big thing, let’s get you pumped up a little bit. Please, if you may, finish the following sentences:

The future is: in our own hands. You can have anything you desire in life, if you just commit to the work.

There’s nothing in this life that is more important than: family and friends

Triumph and defeat are… entirely subjective, and completely fluid.

When all else fails, listen to…"Jesus Christ Superstar". No, really. Stop laughing!